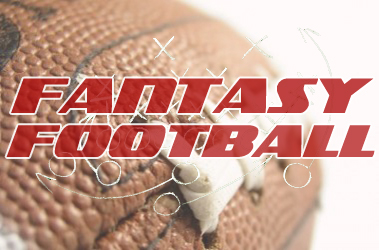 Kenny Golladay led all wide receivers in targets with 13. Zay Jones (0.44) and Corey Davis (0.42) were the only receivers who account for 40 plus percent of their team’s target share. Josh Gordon led all receivers in Air Yards with 195, but was only able to convert them into 81 receiving yards.

Tyler Boyd (3.61) led all receivers with four or more targets in Receiver Air Conversion Ratio. RACR is an efficiency metric that rolls up catch rate and yards after the catch into one number. It can be thought of as the number of receiving yards a player creates for every air yard thrown at him. Davis (0.98) had the highest Weighted Opportunity Rating. WOPR is a weighted combination of the share of team targets a player receives and the share of team air yards. You can find these statistics at AirYards.com.

When it comes to analyzing the WR positions targets and Air Yards per game are the most predictable statistics on a season to season basis. Fantasy points are a byproduct of a receiver’s targets. This week I will share statistical observations regarding one to two players from each tier that you should know about heading into Week 11.

Zay Jones' play today, and the way he's improved over the last two months of the season, has to make the #Bills think of what he could be with an established offense and a good QB. WR is becoming a bit of a "late-bloomer" position. Have to wonder if Jones is on that track, too.

Corey Davis saw a shadow from Stephon Gilmore on 82% of his routes and caught 6-of-8 balls for 98 yards and score against him. This performance shouldn't be understated. Gilmore was one of the toughest matchups in the league entering the week.

Allen Robinson doubled his season TD total Sunday and topped his best yardage as a Bear by 50. pic.twitter.com/m9DGHfuQS8

Without Kupp in Weeks 7-8, Robert Woods ran 61% of his routes from the slot — where Kupp aligns on the majority of his snaps.

Pryor's stay in Buffalo did not last long. There is always opportunity in chaos. Zay Jones and Robert Foster's stock is trending up for the ROS. https://t.co/cBbjzl2dq5

This column will be published every week to help you make decisions for the upcoming matchup. I am very active on Twitter (@EricNMoody) and happy to answer any questions our readers have. I also encourage you to put specific questions in the comments for each week’s article. What was most useful to you after reading this column?