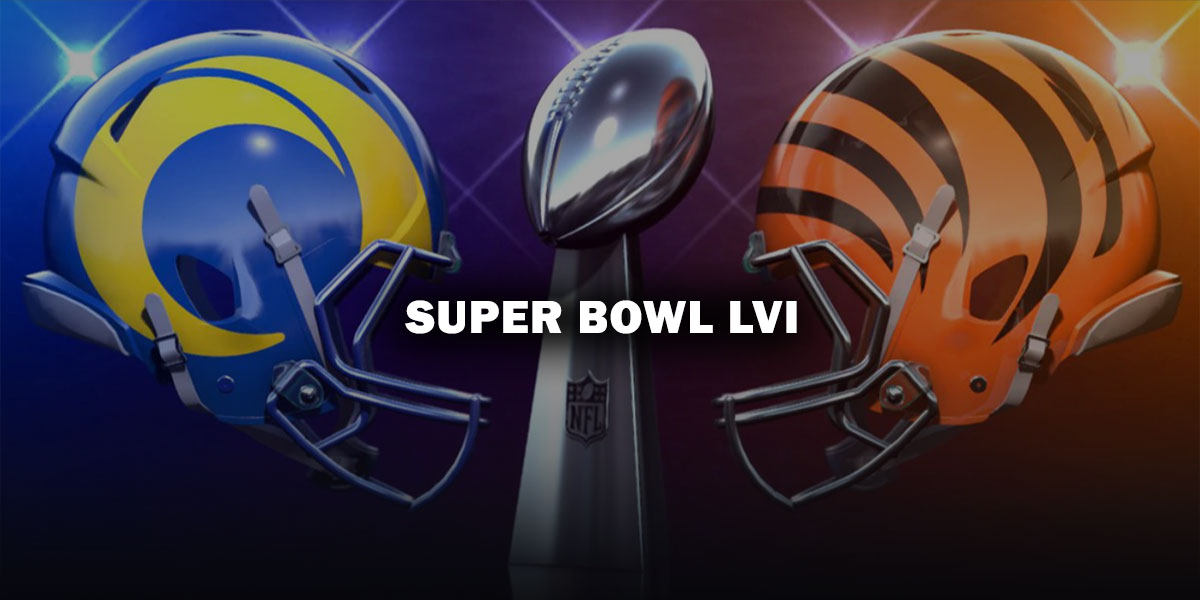 After an exciting end to the 2021 NFL season, two teams are making their final preparations for the Super Bowl this weekend. The Los Angeles Rams will be taking on the Cincinnati Bengals for the chance to lift the trophy. For the Rams, they’ve been here before relatively recently, losing in the 2018 Super Bowl. However, this is the first time the Bengals have been to the Super Bowl since 1988, and it would be their first-ever chance of winning.

The Rams are the big favorites to win the Super Bowl LVI, with odds of -200 at Betway. If they succeed, as the sportsbooks think, it will be their first Super Bowl win since 1999. It will also be huge for the team that only in 2015 moved from St Louis to Los Angeles. For the Bengals, it will be an even bigger victory and a big upset for the sportsbooks too. Only one team can lift the trophy. Let’s look at their chances.

The Rams have gone all-in with their recruitment strategy, opting to trade away their first and second draft picks for a chance to pick up older and more established players. This has given them a well-balanced team and an edge over the Bengals, but will it be enough?

During the regular season, the Rams were in impressive form, winning 11 of their 17 games and qualifying for the playoffs. Following Odell Beckham Jr’s departure from the Cleveland Browns, the Rams now have one of the league’s most accomplished wide receivers on their roster.

They won the NFC West this year, beating the Cardinals and 49ers to the top slot, with the Rams maintaining their regular season form into the playoffs, defeating the Bucs, Cardinals, and 49ers to reach the Super Bowl and claim the NFC title.

It’s simple to see how the Rams have progressed this far with players like Stafford, Beckham Jr, Cooper Kupp, Aaron Donald, and Cam Akers. For most bettors, betting on the Rams is the smart choice. However, as the favorites, you’ll have to bet bigger in order to make money. It’s worth waiting to see if there’s any injury news before placing your bet.

At Betway, the Bengals’ moneyline odds are +170, giving you $170 if you place a $100 bet and they win. As the underdogs, they come into this game facing a lot less pressure but have a lot to do. They’ll be playing at the LoFi Stadium, the home of the Rams, which gives them a big disadvantage.

The Bengals have arguably been the season’s biggest surprise, winning the NFC North with a 10-7 record, one of the lowest regular-season records to make the playoffs this year. They haven’t let this deter them, as the Bengals have already dispatched the Titans, Raiders, and Chiefs with victories.

So far, Joe Burrow and Ja’Marr Chase have been outstanding, with the Bengals frequently relying on these two to get the job done when it counts. The form of these two players, in particular, has helped them reach the Super Bowl, and they’ll be crucial if the Bengals are to win on Sunday. This is Burrows’ first season as a first-choice quarterback in the NFL, and he’s performed better than expected.