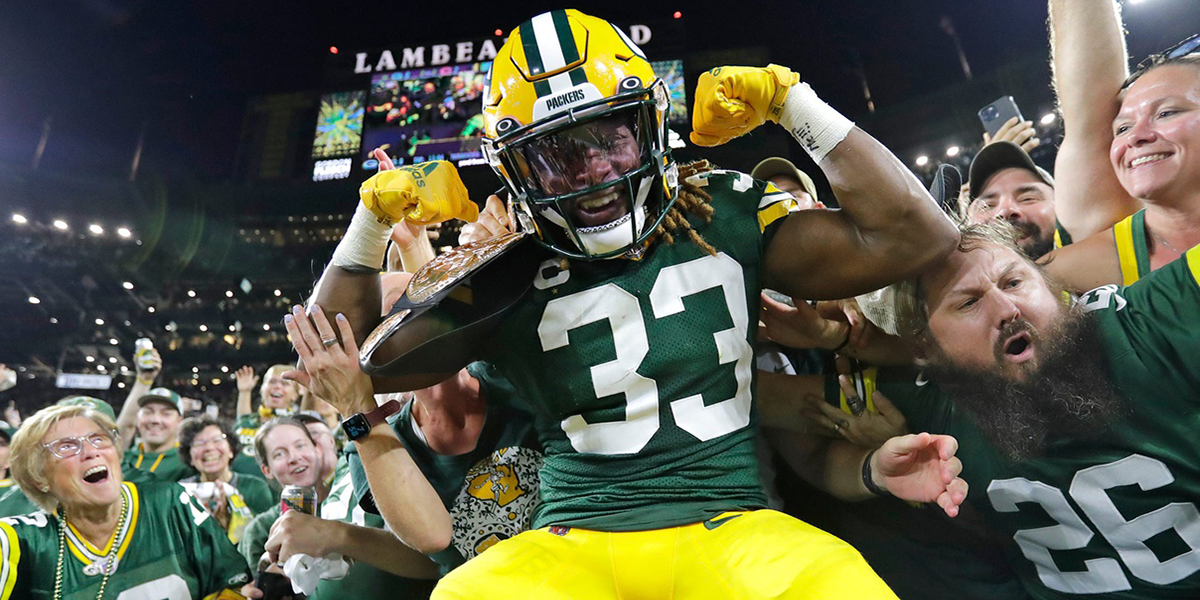 Each week I’ll single out a few games I think offer the best value against the spread. In my first Best Bets column last week, I went 4-0. I’ll try to keep the momentum going this week with three games that have the best chance to win against the spread.

Friendly Reminder: The trend of sports betting and online gaming is all the rage these days. It’s a lot of fun and those who look to start playing today often signup quickly without researching the best sites. Take the time to see if online gambling is legal in your state or province before you signup. Also, I recommend shopping around signup bonuses for first-time players.

The Saints are a road favorite against the Panthers, but come in with some serious injury concerns. Jameis Winston will play once again despite having four fractured vertebrae. Alvin Kamara is also dealing with a rib injury that kept him out in week 2. The Saints will have a tough time running behind their below-average offensive line and not having Kamara 100% will only make it tougher to move the ball against the Panthers. Winston is also at great risk of getting knocked out of the game. He’s already been sacked 10 times through two games, second most in the league. The Saints will have to air it out to beat the Panthers. Michael Thomas has an excellent matchup against the Panther’s weak secondary and Winston is third in deep ball attempts, so there should be ample opportunity for success downfield.

The Panthers have kept it close while losing their first two games by a combined total of 5 points. Their offense has been anemic, despite having the electric Christian McCaffrey in the backfield. They’re third worst in the league in offensive plays per game at 52. They’re going to have to speed it up and create some room for McCaffrey to break loose to have a chance. Both offenses are prone to turnovers, (the Saints had 5 last week), so the defenses could be the determining factor in what should be a low-scoring affair. In a game where one defensive mistake could affect the outcome, I’m going with the motivated home underdog.

Two of the most surprising team in the NFL meet this week in a crucial game for the Bengals. The Super Bowl runner-up is in danger of starting 0-3. History show teams only have a 3.5% chance of making the playoffs after an 0-3 start. Joe Burrow and team will be plenty motivated. The Bengals have not been able to protect Burrow, resulting in him getting sacked a league-leading 13 times. He’s second in interceptions thrown with four. Joe Shiesty needs to do better and I believe this is the week he returns to form. As bad as they’ve been, I believe the Bengals’ O-line will be able to handle the Jets upfront. Joe Mixon should have a nice day and this game is a blow up opportunity for TE Hayden Hurst.

The Jets offense was on fire last week, led by MVP candidate Joe Flacco. (I’m kidding!) It’s one thing to score 31 points against the Browns, but don’t forget they only managed 9 points against the Ravens. In any case, if Flacco has another big game before Zach Wilson returns in (possibly) week 4, things could get interesting. But, I think Wilson’s job is safe and Flacco will return to his usual “9 points a game” form. The Jets are second to the Bengals in offensive plays per game, but I don’t think they’re going to be able to keep up in this one.

This game opened at the Bengals -6 and it should still be there. 93% of the cash in on the Bengals and I think the public has this one right.

The Packers look to be going into Tampa Bay at the most opportune time as the Buccaneers are decimated at wide receiver. Mike Evans will be serving his one-game suspension while Chris Godwin and Julio Jones are expected to miss Sunday’s game. Tom Brady will be feeling a bit like Aaron Rodgers having to throw to second team receivers. In a matchup featuring two of the greatest quarterbacks in NFL history, it’s ironic the running game could be the difference in the outcome.

The Packers are averaging 157 yards on the ground, powered by the dynamic duo of Aaron Jones and A.J. Dillon, ranked #2 and #4 in Pro Football Focus running back grades. Tampa Bay has one of the top defensive units in the league, but I think the Packers will be able to run on them.  Although the Bucs have given up the fourth-fewest rushing yards in the league, game script could be the biggest reason why. The Bucs are giving up 4.5 yards a carry, so teams have had success on the ground. Green Bay will need to continue their run-heavy approach and depend on Rodger’s efficiency in the passing game.

Brady will also have to run the offense through Leonard Fournette. When you hear Brady vs Rodgers, you usually expect a shootout, but look for this to be a slower paced ground game. I can see Brady leading a late 4th quarter drive to win the game, but I’ll take the Packers at +1.5.

Check out all our Staff NFL Picks Here