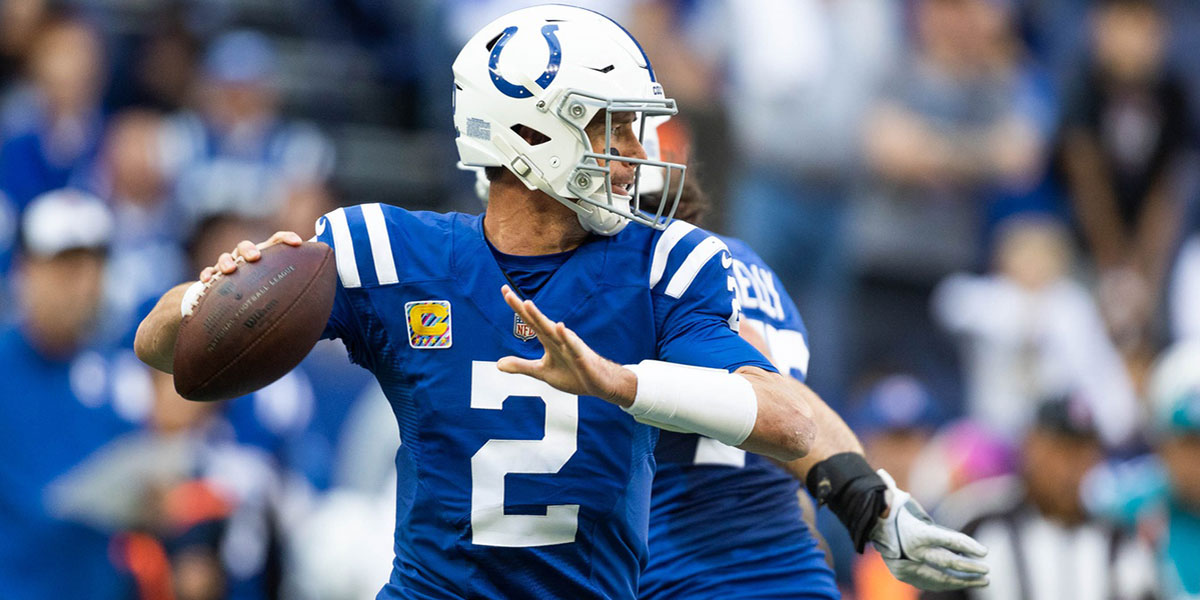 It’s slim pickings on the waiver wire this week, but there is one running back who could be the answer for some RB-needy teams. At this point in the season, you kinda know if you’re out of the running for the playoffs. But the beauty of a “friends and family” home league is that it doesn’t matter if your team isn’t good. You can still dedicate your season to trolling your league-mates. My home league exists almost solely for the purpose of trolling each other. In our ten years of existence, I’ve won the league, aptly named The Jerks, four times, but no one cares except for me. In fact, I’m the brunt of most of the harassment. Even my own wife joins in, making me wonder sometimes if playing fantasy football together is good for a healthy marriage. It’s a love/hate relationship between all of us in the league, but ultimately it’s a bonding experience that we’ve shared for a decade now and that’s why we love it. So, if your team is down and out after the first six games, first, pick up some of these players below, then take your troll game to next level.

Mariota has had two solid fantasy outings in a row and they came against two of the best defenses in the NFL. He ran for 61 yards against Tampa Bay two weeks ago and 50 yards, along with a rushing touchdown, against San Francisco Sunday. He also threw for three touchdowns combined in those two games. Mariota faces another tough matchup against Cincinnati next week, but his rushing yards gives him enough of a floor to safely start him. With his hardest matchups out of the way after next week, Mariota is worth stashing to cover bye weeks if you have the roster space.

In last week’s column, I wrote about some pushback I got for recommending Matt Ryan earlier this season. And yet here I am again, recommending Ryan for a second time.  Ryan faces two bottom-five teams in pass DVOA the next two weeks, one of which is Tennessee, who he threw for 356 yards and two touchdowns against earlier this season. His next four games are plus matchups for quarterbacks, so Ryan will be usable as a streamer or bye-week fill-in for the next month.

Surprisingly, Murray took over the Denver backfield, relegating Melvin Gordon to third-string status behind Mike Boone.  He got most of the early down and short yardage work while Boone came in on third downs. This three-man rotation could get messy, but Murray is the closest thing to a breakout running back this week and, if you want him, you’re going to have to pay up to get him. The Broncos face the Jets and Broncos in their next two games, so Murray should be a low end RB2. He’s worth the gamble if you’re desperate at RB.

With Cordarrelle Patterson sidelined at least another two games, Allgeier and Huntley will once again lead the way for Atlanta. They had similar stat lines Sunday with Huntley rushing 16 times for 59 yards and Allgeier getting 15 carries and 51 yards. Neither had a single target, however, which is a bit concerning. The Falcons are six point underdogs in Cincinnati next week and the game script favors a passing down back. Allgeier has emerged as the third down back, but he only has two receptions this year. In fairness, that’s two more than Huntley. This game doesn’t add up to an appealing start for either Atlanta back, but if you’re desperate, I’d put a claim on Allgeier first, then Huntley. Use the same player to drop for each claim so you don’t accidentally end up with both of them.

Drake will be a popular add this week because of his stat line of 10 rushes for 119 yards and a touchdown. Them’s good numbers, but Baltimore has about 24 running backs and 17 of them will be coming back soon. That might be a slight exaggeration, but it’s definitely a crowded backfield. Drake has value as long as he’s the lead back, but it’s doubtful that will be more than one more week, if that. If you already have Drake, now’s the time to sell high.

This recommendation is just in case Christian McCaffrey is traded. Foreman would share the backfield with Chuba Hubbard, but Foreman should be the lead back. Even as a lead back, Foreman would be no more than a flex option in the horrid Panthers offense. Still, it’s worth putting in a small claim for him.

Moore has been solid since returning to the lineup, racking up 18 targets the last two weeks. I was concerned about his targets declining with DeAndre Hopkins coming back next week, but with the news of Marquise Brown expected to be sidelined at least six weeks, Moore should have no problem being a focal point of the offense.

Pierce continues to make the most of his opportunities. He’s averaging 70 yards a game the last three weeks and 31.3% of the team’s air yards. With Tennessee and Washington on the schedule the next two weeks, Pierce should keep those numbers going and hopefully earn some more playing time. He’s a WR3/FLEX play and should be on rosters in 12 team leagues.

Engram is running routes 81.4% of the time, good for fourth best in the league. He has 17 targets over the last two weeks and a 25% target share. Engram doesn’t offer a lot of upside and he hasn’t scored a touchdown this season, but he’s getting enough targets and opportunities to get your team through the coming bye weeks.

Tonyan scooped up 10 catches for 90 yards Sunday in a loss to the Jets. It was probably more of an anomaly than a preview of things to come, but Tonyan will have his spots where he’ll be a decent option for lineups and this week against Washington could be one of them. If your tight end is on bye this week, you could do worse than Tonyan.