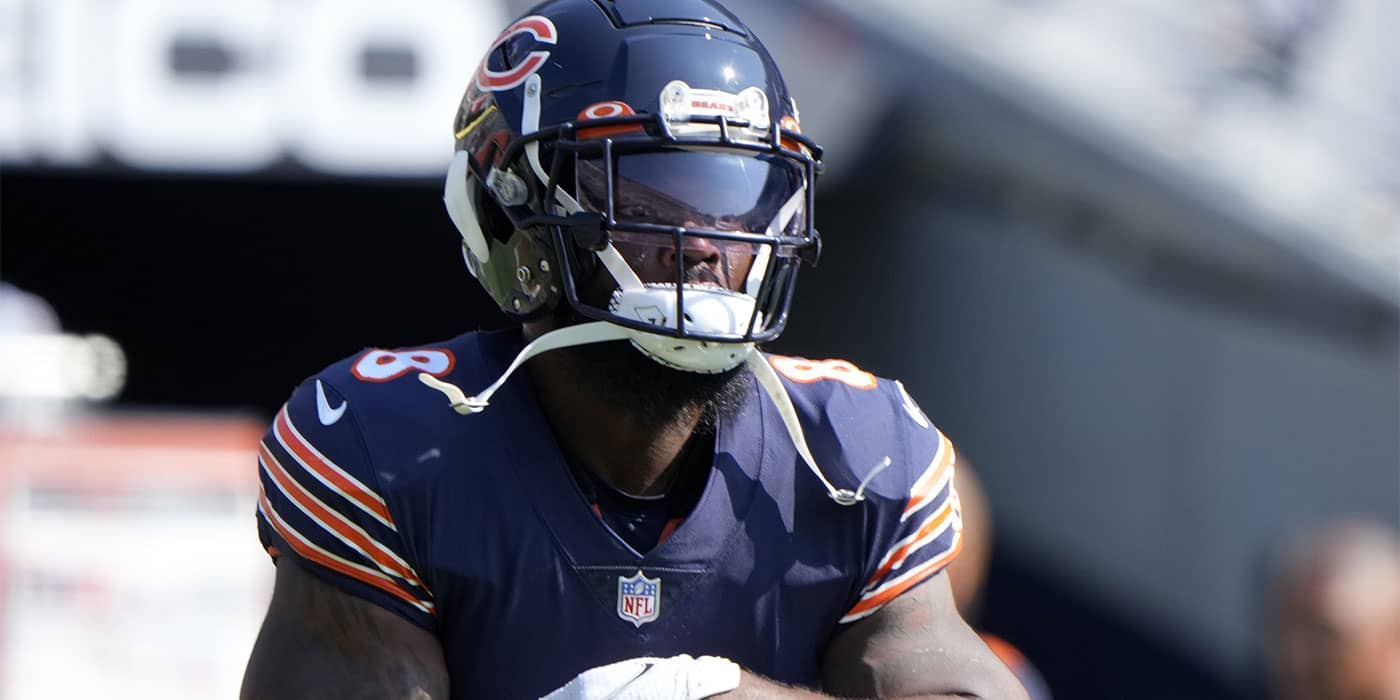 The injuries keep on coming this season with Joe Mixon, David Montgomery, Jimmy Garoppolo, Teddy Bridgewater, Will Fuller, Logan Thomas, and others going down. We will look at the direct replacements for these guys as well as other guys who should be available that can help you overcome these losses if you were impacted by one of these injuries. Taylor Heinicke, Dawson Knox, Kendrick Bourne, AJ Green, and Josh Gordon are a few of the guys from last week that I would again add if you missed the chance and they are still available.

*All rostered percentages are from Sleeper and all players must be less than 50% rostered to qualify.

Lance just made the cut here coming in at 49% rostered. I have preached my love for Lance all off-season and he proved why scoring 28 fantasy points in just two quarters. He is surrounded by weapons and should bring a solid floor due to his rushing impact. It looks like Jimmy G will miss at least this week, giving Lance a shot to lock up the starting job going into the by week. Now is the time to grab Lance, if he is even available.

Williams is expected to be ok following his thigh injury and it looks like David Montgomery may miss a game or two, setting up Williams for starting snaps. Williams has always been successful when given the opportunity, He averaged nearly seven yards a carry this week and brings proven pass-catching upside from his days as a Chief. He should flash plenty of that receiving upside in a game against the Raiders next week that should have the Bears playing catch up from the start.

Uncertainty still surrounds Joe Mixon’s status but it sounds like he may only miss one game if that. The presence of Chris Evans makes Perine add-in-only deeper leagues for now, but if we get more news on Mixon suggesting that he could miss multiple games then I would bump him up a few slots due to the sheer volume that he will see.

Gainwell was mentioned in one of my earlier waiver wire articles but still sits at only 44% rostered. He outperformed Miles Sanders this week, rushing for 31 yards and a touchdown while hauling in six passes for 58 yards. He played the most snaps of his career this week (39%) and I think we see him hit the upper forties by next week with the upside to be in a full-time split with Sanders while being the preferred pass catcher. His red-zone usage is encouraging as well.

Crowder came back and wasted no time showing us he still has it as a legit PPR asset. We saw Braxton Berrios thrive in his role in his absence, meaning that the slot WR is a big part of the game plan and his role and involvement will be here to stay. He gets a tasty matchup with a bad Falcons team next week before his bye week in week 6. I fire him up confidently as a flex option.

I almost included Jefferson in my article last week but wanted to see just a little bit more. Well, he surely did with six receptions for 90 yards and a touchdown. He will be a shaky option for most weeks, but if an injury were to ever happen to Kupp or Woods, Jefferson’s value would skyrocket in this high-flying offense under Matt Stafford. The Rams have a stretch of very soft games in the upcoming weeks against the Giants, Lions and Texans.

Bateman is ready for his pro debut and he will be walking into a surprisingly efficient passing game this year under Lamar Jackson. With a hodgepodge of washed-up vets comprising the running back room, the Ravens have relied on Lamar’s arm and not just his legs. Jackson had three games of over 230 yards passing last year. He has four this year, including his 300-yard outing this week. Bateman is a stud and the cream always rises to the top.

With Marquez Valdez-Scantling on Injured Reserve, Cobb turned back the clock with a two-touchdown performance against the Steelers. The Packers have one of the softest remaining schedules for fantasy points allowed to wide receivers. The chemistry is still there and Cobb could remain involved over MVS when he returns if he keeps showing up on the game day. Worth getting ahead of in case he does.

You are looking at the #3 ranked tight end of the year. No that is not a typo. He has out-snapped his counterpart Blake Jarwin and now has three games of six catches, with a nose for the end zone recently. He is an every-week starter at tight end at this point.

Time to buy into Maxx Williams…I want as many pieces of this offense as I can and Williams finally joined the ranks of AJ Green, Rondale Moore, and Christian Kirk of pass-catching Cardinals I want on my squad. Will he be consistent? Who knows. Will he have good weeks like this where he scores over 10 fantasy points? Absolutely. Can’t ask for more out of your tight end.