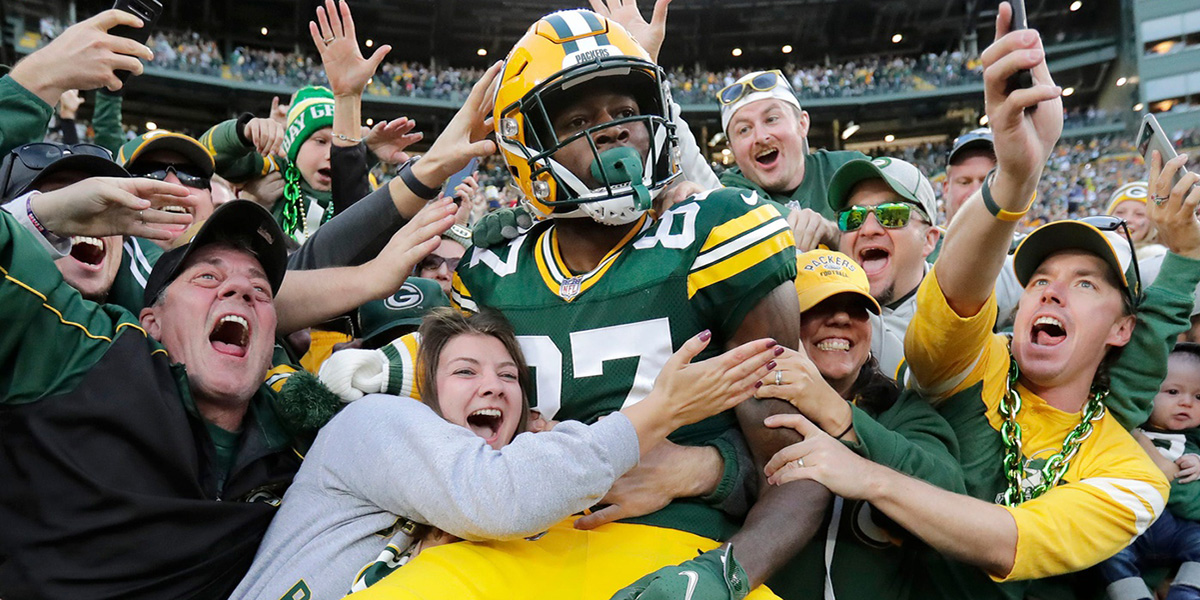 By now, you know where you stand in your fantasy football league. If you’re 4-0 or 3-1, you know you’re in good position for the playoffs. If you’re 2-2, still no reason to worry since there’s plenty of time to get above .500. But if you’re 1-3 or 0-4, it’s time to worry. Don’t get me wrong, it’s not time to panic, it’s just time to make some moves. If your league is like most, it takes 7 wins to make the playoffs. It’s very possible to go 7-3 over the next 10 weeks. But don’t keep waiting to make a big trade or to spend your FAAB money. Now is the time for action!

Last week was a big week for the waiver wire. There were 3 or 4 running backs available that could save your season. Unfortunately, the wire is bit thin this week, but there are still some players who can help your team. Here are my suggestions and bid recommendations for this week. Only players who are rostered in less than 50% of Yahoo or ESPN leagues make the list.

According to Pro Football Focus, Geno Smith is the highest-graded quarterback in the NFL. He also leads the league in completion percentage at 77%. I don’t know if I’d go so far as to say he’s the best in the league,  but he has shown that he can be a reliable starter for your fantasy team, averaging over 18 points a game. He faces a tough New Orleans defense this week, but has a nice four-game stretch of favorable matchups after that.

Cordarrelle Patterson will miss at least four games after being placed on the IR, which means rookie Tyler Allgeier has a golden opportunity to take over the lead role in Atlanta. The Falcons have had great success running the ball this season, ranking second in Rush DVOA. Allgeier will get plenty of touches over the next month. However, expectations should be tempered as Atlanta faces Tampa Bay, San Francisco, Los Angeles and Carolina over their next four games. Allgeier will provide a safe floor for RB-needy teams, but could end up as the backup again once Patterson returns.

With Javonte Williams out for the rest of the season, Boone steps into the backup running back role behind Melvin Gordon. Boone is a veteran who has impressed with his agility and quickness in his limited opportunities. Gordon has already fumbled 4 times this season, so if Boone shows some promise early on, I could envision a 50/50 split between the two. Boone is worth the gamble for teams in desperate need at RB.

Even after last week’s scare with Dalvin Cook, Mattison still remains available on 52% of ESPN leagues. You need to scoop up Mattison before it’s too late, regardless if you’re a Cook owner or not. Mattison is the most valuable handcuff in the league and should be on a roster in any league size.

White saw his most usage of the season last week in a negative game script against Kansas City. The Bucs used him over Leonard Fournette in short yardage and goal line work. Fournette hasn’t played particularly well this season, so it’s possible Tampa Bay gives White more opportunities as the season goes along. He probably won’t supplant Fournette as the starter, but he’s an excellent handcuff who would turn into a high-volume bell cow RB on a good team. If you have the roster space, White is worth stashing on your bench.

If you’re fortunate enough for Doubs to be available in your league, make him a priority pickup this week. He has earned a starting role alongside Allen Lazard as Green Bay’s top two receivers. Doubs leads the team in targets, catches and yards while playing part-time before last week. There’s not much for Aaron Rodgers to throw to in Green Bay and Doubs has earned his trust, so expect his target share to continue to increase.

There’s a lot of excitement surrounding Pickens now that Kenny Pickett has been named the starting quarterback in Pittsburgh. The talented rookie wide receiver was Pickett’s favorite target against the Jets and Pickens had his first 100 yard game. He’s a legit deep threat leading all Steelers’ receivers in aDOT and is fourth in air yards per reception among all NFL receivers with at least 10 catches. Pickens is a startable WR3 with WR2 potential going forward.

Gallup returned to action for the first time this season and caught a touchdown pass. His usage was limited, but by the time Dak Prescott returns, he should comfortably be back in the #2 receiver role in a pass-heavy offense. It’s best to grab Gallup now before he has a big game and his price goes up.

Meyers has missed the last two weeks due to a knee injury, but could return this week in a fantastic matchup against the Detroit Lions. In only two games, Meyers leads Patriots receivers in targets. He has a 29.7% target share in the games he’s played and averages over 100 air yards per game. He’s an ideal receiver for PPR leagues because of the safe floor he provides with all those targets. Meyers is an every week starter in 12 team leagues and a he’s great player to target in trades since owners might be frustrated with him over the last two weeks. If you’re desperate at WR, up that bid to $10-$12.

It’s likely McKenzie misses week 5 unless he clears concussion protocol in time. However, Jamison Crowder is looking at a multi-week absence, and McKenzie will benefit most from that. He’s already second on the team in targets and has scored three touchdowns. I would only make a claim for McKenzie if you have the bench space. If he misses this week, the Bills play Pittsburgh in week 6, then have a bye in week 7. So, if you need production now, I would add a different receiver from this list.

Conklin doesn’t get much love in the fantasy football community, but his production tells a different story. He’s 5th among all tight ends in receptions and 8th in fantasy points. He has been consistent, catching at least three passes in each game. Conklin is not an exciting player, but he’s going to get you points each week. He should not be on the waiver wire in any leagues.