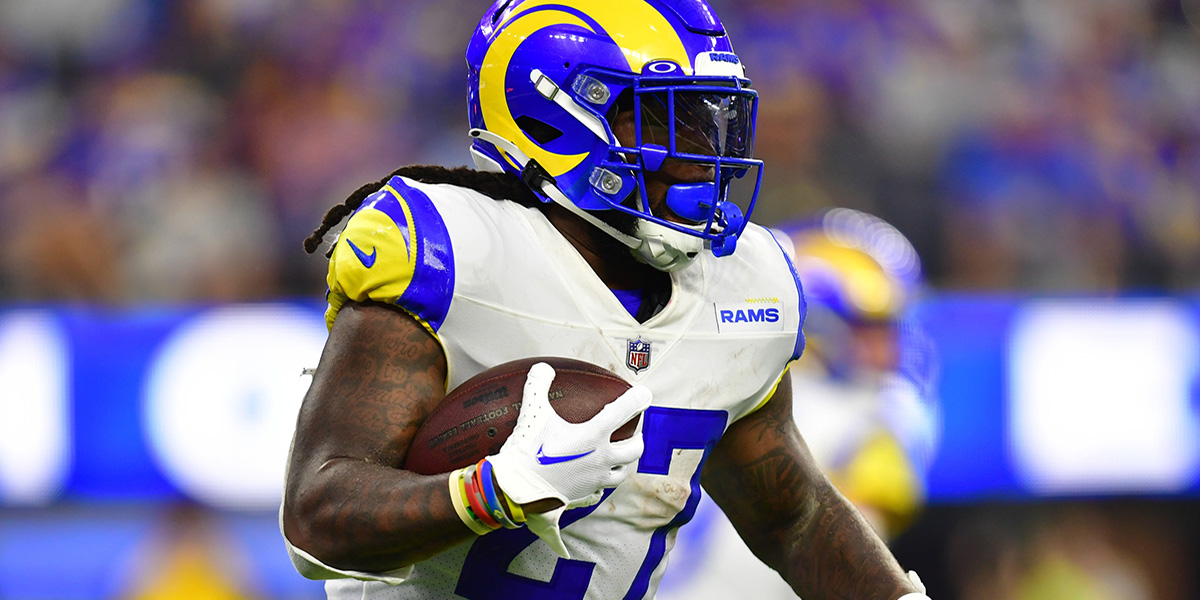 I received a text from a friend of mine Monday morning. “It’s time to look forward to next season, this team is done for!” I sympathized with him since he had Elijah Mitchell, Keenan Allen, and George Kittle on his team, but I reminded him it’s just one week and if you’re diligent, you’ll find someone on the waiver wire who can help your team win. Whether you lost badly and suffered some tough injuries, or if you won this week and you’re just looking to solidify your team, here is my list of players I think can make a difference.

Only players who are available in 50% or more of Yahoo or ESPN leagues are mentioned and I’ve given my suggested bid for each player.

Winston isn’t always pretty, but he always puts up numbers. He was extremely efficient leading the Saints to 17 4th quarter points in their comeback victory against the Falcons. With his excellent receiving corp, Winston has QB1 potential this season.

Wentz threw for 313 yards and 4 touchdowns Sunday. That’s impressive, even if it was against the Jacksonville Jaguars. Will he do it again? Maybe so. He faces the Detroit Lions next week in what should be a fast-paced, high-scoring game. Wentz has the talent around him to have a career year. He’s worth rostering in single QB leagues.

Matt Ryan showed he isn’t done yet, completing 32 of 50 passes for 352 yards and a touchdown. In fairness, it was against the Houston Texans and the Colts were forced to throw a lot, down 20-3 in the 4th quarter. Ryan should continue to have success in the short-term future. He faces the Jaguars next, who gave up 313 yards to Carson Wentz. In week 3, the Chiefs come to town, which likely means Ryan will be throwing a ton in a negative game script scenario. Ryan makes a fine QB streamer the next two weeks.

Mariota had a decent day passing against the tough New Orleans Saints defense, but it’s rushing ability that makes him an attractive waiver wire target for QB-needy teams. Mariota rushed 12 times for 72 yards and a touchdown. Things don’t get any easier for him next week as he faces the Rams, but if he continues to rush 10+ times a game, he’ll provide a safe floor for your fantasy team. In single QB leagues, you can probably pass on Mariota, but in 2 QB or Superflex leagues, he’s a viable option.

There’s probably not much chance Henderson is available in your league, especially on Yahoo where he’s rostered in 76% of leagues. But, you have a chance on ESPN where he just misses the 50% threshold. Henderson dominated the Rams backfield usage against the Bills, although he didn’t have much success with his touches.

It remains to be seen when Cam Akers will work his way into a larger role, but I suspect Henderson will continue to be the lead back. Next week, Henderson faces the Falcons and should be a top 12 RB. I would bid aggressively on Henderson. He’s a weekly RB2/Flex starter going forward with RB1 potential.

Jeff Wilson will be a popular waiver add this week with Elijah Mitchell expected to be out two months with a sprained MCL. Wilson’s upside is capped with Trey Lance rushing 10+ times a game and Deebo Samuel also in the mix with a handful of carries, but he should still see enough usage to make him a starter in 12 team leagues.  I consider Wilson a RB2 for the foreseeable future, making him worthy of a moderate bid.

Williams is another player who just made the threshold for this list. He was drafted as a handcuff for D’Andre Swift, but showed he has standalone value. He had 11 caries and 2 targets for the game. If he continues this 40/60 rushing split with Swift, he would be in the conversation as a weekly flex option.

Burkhead surprised most of all by leading the Texans backfield in carries and receptions. He got the early down work, red zone snaps and was on the field for most of the two-minute drill downs. Rookie Dameon Pierce took a backseat as the number two on Sunday, but I would expect his usage to go up incrementally. I wouldn’t break the bank to get Burkhead. Someone in your league will probably bid upwards of $20, but I would bid modestly, even if you’re desperate for an RB. Burkhead might get you through a couple of weeks as a flex option, but I don’t see him as long-term solution.

Herbert led the Bears in rushing despite having almost half the carries as David Montgomery. He also scored a rushing touchdown in the red zone. I don’t see Herbert taking the starting job anytime soon, but the Bears showed their trust in him in the 4th quarter and I expect to see a significant increase in his touches. He’s a solid handcuff with possible flex appeal depending on matchups.

Warren took over for Najee Harris, who left Sunday’s game with a possible high-ankle sprain. According to Adam Schefter, “tests came back negative and there is a belief that he is ‘good to go’ Sunday vs. the Patriots.” Obviously, this is a situation to monitor closely. Even if Harris does play next week, I’m still concerned about any lingering issues from his Lisfranc injury in preseason. Warren beat out Anthony McFarland and Benny Snell to take the backup RB role and looked good in preseason. I’m adding Warren as a priority handcuff for the volume he would receive if Harris were to go out.

Julio Jones is back! Unfortunately, he’s still not scoring touchdowns, but he did show some of that old magic that made him one of the best in the game a few years ago. He and Tom Brady clearly have some chemistry. Jones finished 6th overall in aDOT for the week. As long as Chris Godwin is sidelined, Jones will continue to be targeted with the long ball. He’s available in 57% of ESPN leagues and worth a roster spot in all formats.

Landry led the Saints in targets, receptions and yards against the Falcons. He was 4th in the NFC with 114 receiving yards. Michael Thomas is back and scored 2 touchdowns, but Landry draws weaker coverage and has a long history of  of being a target machine with the Browns. He has a safe as a weekly WR3.

Strangely, Dotson is rostered in 57% of ESPN leagues, but available in 77% of Yahoo leagues. This shows how much a host site’s rankings affect fantasy drafts. Wherever you play, Dotson should be added to your team. He scored 2 touchdowns on 3 receptions and 5 targets. Not a bad start for the first-round rookie. Obviously, Dotson won’t score 2 touchdowns every game, but his 88% snap rate shows he will get plenty of opportunities to shine. Consider him a WR3 going forward.

Samuel is the second Commander WR to make the list this week. He had 11 targets and 4 rushes against the Jaguars. The biggest difference with him and Dotson is Samuel doesn’t have to rely on Carson Wentz to have value. If the Commanders continue to use Curtis Samuel like the 49ers use Deebo Samuel, he will be a flex-worthy starter with a safe floor. (Baby Deebo, anyone?)

Peoples-Jones had 60 yards on 6 receptions to lead the Browns. He was targeted 11 times, but Jacoby Brissett’s accuracy was way off. The game cemented People-Jones as the clear number two WR behind Amari Cooper. The Browns are a run-heavy team, but if Brissett continues to target Peoples-Jones at such a high rate (32.4%), he’ll hold value as a WR4 and could start for fantasy teams in deeper leagues.

With Keenan Allen’s status for Thursday night up in the air, Palmer makes for a good speculative pick, as he would see significantly more playing time. Even if Allen returns sooner rather than later, Palmer is worth an add for teams with a deep bench just for being the 3rd WR in a high-powered offense.

The tight end position is deep this year, so anytime you can find one with top 10 potential on the waiver wire, you should be interested. Everett tied for the team lead in targets (4) and scored a touchdown Sunday. Justin Herbert had a 156.3 passer rating when targeting Everett, so he should continue to get plenty of opportunities to score fantasy points. If you’re a George Kittle owner, you might want to bid a little more aggressively on Everett.

Hurst was third among all tight ends with 5 receptions on 7 targets against the Steelers. If Tee Higgins doesn’t return from concussion protocol before the next game, Hurst’s targets are likely to be even higher. In one of the NFL’s top offenses, Hurst should see enough volume to be a consistent TE2.

Taysom Hill is not a reliable tight end to use in fantasy. He’s not going to get many targets or catches. But, he will get a few carries each week, mostly in short yardage or goal line situations. I value him for his potential to score a touchdown each week. It’s a risky move, but if you’re in a close game and you need fantasy points badly, would you rather have a TE whose ceiling is 4 catches for 40 yards, or one with 2 rushing TD upside each week? It’s an easy choice for me. I might not ever start him, but he’s there if I need a big comeback.