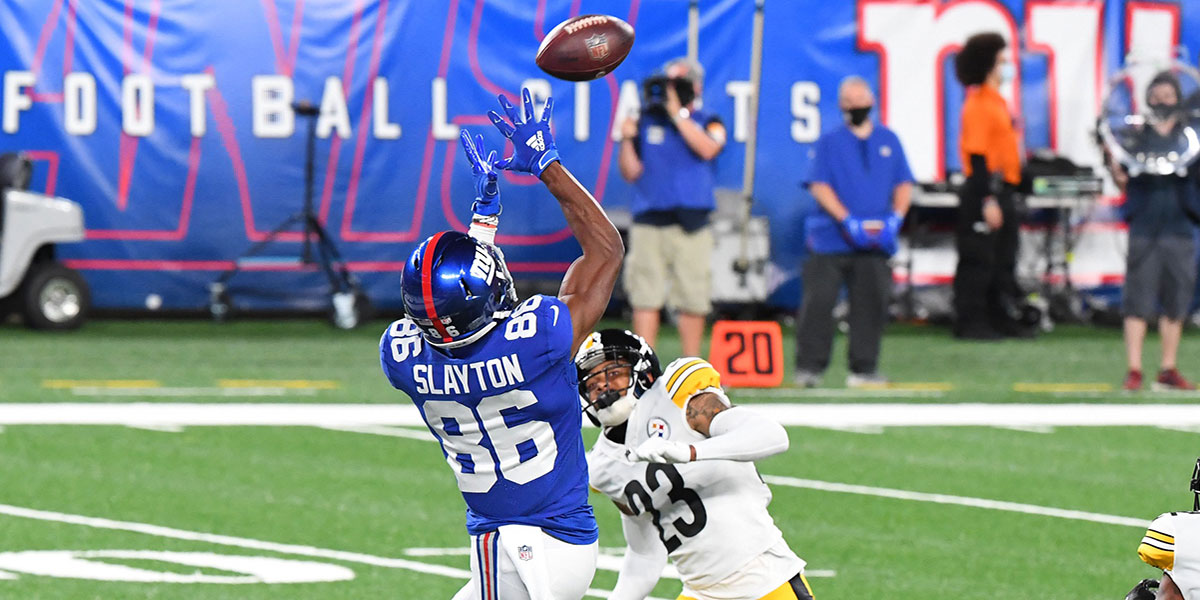 As we approach Thanksgiving, I think it’s appropriate to pause a moment to give thanks and remember why we celebrate. Way back in 1934, the NFL began the tradition of playing football on the fourth Thursday in November, when the Lions hosted the Bears. The people of Detroit were so pleased with it, they vowed to meet every year and host a game against a different team. The tradition soon spread to Dallas and now teams all over the country come together on this special day to remind us how much we love football. Nowadays we call this day Thanksgiving, but it all started on a cow pasture on a chilly, fall day almost 100 years ago.

There are a handful of potential studs on the waiver wire this week who can boost your team’s playoff chances. Most leagues only have three regular-season games left, so now is the time to make your move. Fortune favors the bold, so don’t be timid. Bid aggressively if you need one of these players.

Watson is eligible to return in week 13 against his old team, the Houston Texans. Just in time give him a couple of games to get back on track before the fantasy playoffs begin. There is some unknown regarding Watson’s play after such a long layoff, but his upside is too high to let him go to another team. If you need a top 10 quarterback and have the roster space, I highly recommend bidding on Watson this week.

In his last five games before Monday night, Garoppolo had scored between 15.9 and 18.02 fantasy points. We can count on Garoppolo to give us a consistent performance every week, but we saw against the Cardinals he can also have a blow up game against a weaker defense. He has the best fantasy football playoff schedule (weeks 15-17) of any quarterback and he faces the Raiders in championship week. Jimmy G is a top 10 QB the rest of the way.

Tannehill has put together a couple of nice games in a row. He trails only Patrick Mahomes in passing yards the last two weeks and has thrown four touchdowns against two pretty good defenses. He faces Cincinnati next in a neutral matchups for quarterbacks, so Tannehill should put up decent numbers and is a solid QB2 if you’re streaming quarterbacks.

Pacheco became the first Kansas City runner to have double-digit carries in back-to-back games this year. He’s also the first Chief to rush for over 100 yards. Pacheco has RB1 potential the rest of the season, especially if Clyde Edwards-Helaire’s ankle injury puts him on IR. He’s still available in 57% of ESPN leagues. We’re late in the season and now is the time to blow your budget on a potential league winner.

Perine showed he’s more than capable to fill in for Joe Mixon after Mixon left Sunday’s game with a concussion. It’s likely Mixon will miss the next game at Tennessee, so Perine should be locked in as a fantasy starter. If your league uses traditional waivers, it’s a no-brainer to make a claim for Perine. However, if your league has a FAAB, you’ll have to balance your need for an immediate win against saving some money for other players. I think Perine will cost you a significant amount for someone who will probably only start one game. If you’re on the cusp of making the playoffs, by all means, be aggressive when bidding, but if you’re already in a good spot, consider using your funds on one of the other running backs listed.

In week 10, White started over Leonard Fournette and rushed 22 times for 105 yards against a very good Seattle defense. Both players rotated by drive until Fournette left the game with a hip injury in the third quarter. It looks like Fournette will be ready to go against Cleveland, but White is still one of the top waiver additions of the week. With a fantastic matchup against the Browns, I would be aggressive with my bid. White could be a league-winner.

Murray will get a chance to be the undisputed leader of the Broncos’ backfield after Melvin Gordon was released Monday and with Chase Edmonds expected to miss a few weeks. Denver has not been a good rushing team, but they face Carolina who is giving up 165 yards on the ground the last three weeks. Murray hasn’t been efficient, but he will get plenty of opportunities to score fantasy points going forward.

The word is Beckham has narrowed his choice of teams down to the Cowboys and Giants. Whichever team signs him, Beckham should make an immediate impact. Don’t wait another week to pick him up because he will likely not be available.

Slayton is now the number-one receiver in New York, by default. Wan’dale Robinson was on his way to establishing himself as the alpha on the Giants until a knee injury ended his season. Slayton’s 20% target share should see a nice increase with the lack of good receiving options. The only potential roadblock to every-week WR2 status for Slayton is if Odell Beckham signs with the team. He’s worth a modest bid this week.

Peoples-Jones has been WR-21 on a per game basis since week 8 and he has the 11th most receiving yards among wide receivers since week 4. He scored his first touchdown of the year against the Bills and is due for some serious positive regression in the TD department. Getting Deshaun Watson back in a couple of weeks only helps. Peoples-Jones provides one of the safest floors for a WR3 and carries nice upside to go along with that.

Campbell has been targeted 38 times and has three touchdowns in his last four games with Matt Ryan as quarterback. Campbell has a safe enough floor to be a WR3/Flex option in PPR leagues each week.

Through weeks 6-11, Johnson is second in fantasy points among tight ends and has five touchdowns in his last five games. He carries a relatively low target share and is largely touchdown-dependent, but in a position that is pretty much a dart throw outside of Travis Kelce and Mark Andrews, Johnson gives you one of the best chances to hit a bullseye each week.