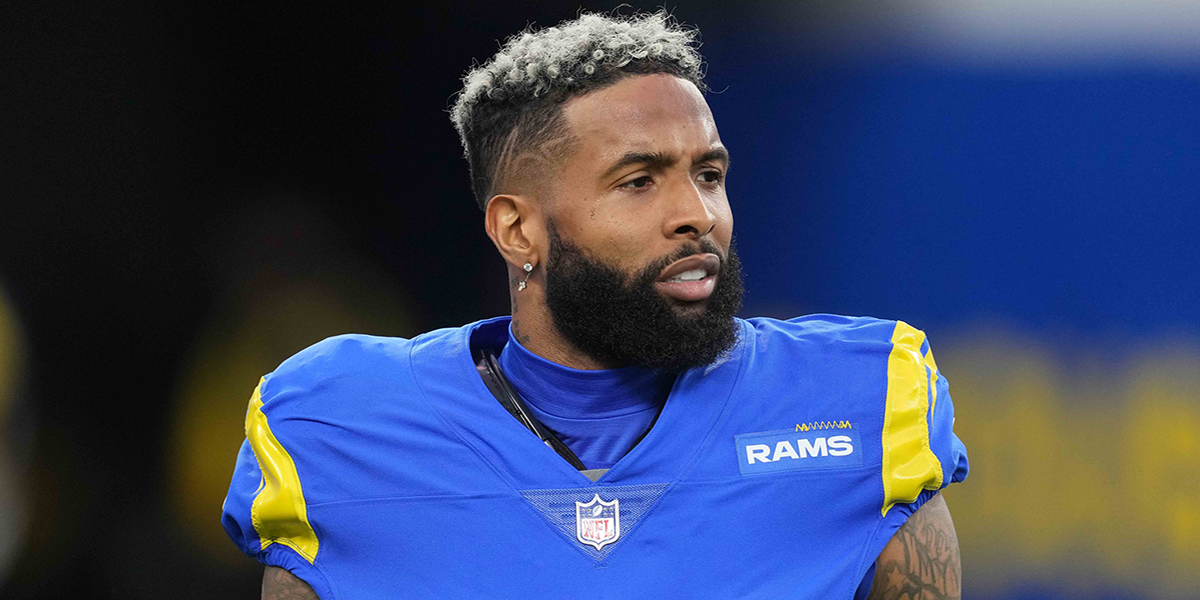 I spent my Sunday watching football on my phone while on a cruise ship. I carried my phone to trivia, a comedy show, and even the piano bar for Sunday Night Football. One time I looked up from my phone and realized I was in a hot tub. I’m not even sure how I got there. I guess that’s what happens when you’re obsessed with football and your wife books a cruise during the NFL season.

Nine weeks down, five more to go in the fantasy football regular season. If your league is like most, you’ll need at least an 8-6 record to get in the playoffs. So even if you’re 3-6 going into week 10, you still have a legitimate shot to get in. A five-game win streak isn’t impossible, so don’t give up! Now is the time to be aggressive on the waiver wire and, if your trade deadline hasn’t passed, trade the Jonathan Taylor-type players you’ve been holding onto with the hope they would live up to their draft value. If what you’ve done so far hasn’t worked, it’s not going to magically turn around now. Think of a boxer who’s losing in points going into the last round and his only hope is to knock out his opponent. It’s past time to play conservatively. You have to take chances and try to deliver that knockout blow. There’s a good shot you’re the one who falls flat on your rear, but if you’re going to lose, at least go down fighting!

If you’re struggling at the quarterback position, it might be worth going all-in for Fields this week. He’s the QB1 in fantasy points from weeks 5-9 and has finished as a top five quarterback the last three weeks. He has Detroit and Atlanta the next two games, which are 30th and 31st, respectively, in fantasy points allowed to opposing quarterbacks.  After a rough start to the season, Fields is now solidly in “league-winner” territory.

In Garoppolo’s last four games, he finished as QB7, QB9, QB7 and QB12. He was second in passing yards in that span, behind only Patrick Mahomes. Jimmy G has a favorable schedule the rest of the season and, if you’re looking ahead to championship week, San Francisco faces the Raiders, who are last in fantasy points allowed from opposing quarterbacks, in week 17.

In Wilson’s first game with Miami, he split snaps and carries with Raheem Mostert almost evenly. However, Wilson got more of the early down work and was more productive with his opportunities. This is likely to remain a split backfield, but if Wilson takes over as starter, he should see enough usage to be a solid RB2.

This isn’t exactly a Tony Pollard/Ezekiel Elliott situation in Pittsburgh, but Warren is steadily receiving more opportunities in the backfield and has clearly been the more efficient runner. Warren has taken over third-down duties, and while it’s unlikely we will see enough of a split to make Warren an option for fantasy teams, he’s worth a stash as a high-end handcuff.

Big news for @obj rehabbing gong so well he’s expected to be fully cleared in the next week. Should be many suitors for his services. @NFLonFOX

Jay Glazer reports Beckham may be cleared to play in the next week, so now is the time to make your claim. The Dallas Cowboys are reported to have interest in signing Beckham, but whichever teams gets him will surely be a playoff contender with a good quarterback. OBJ comes with huge upside, so don’t be afraid to bid aggressively for him.

Marshall has established himself as the Panthers number two receiver behind DJ Moore, accounting for 22.7% of team targets and 140 yards the last two weeks. The Panthers face the Falcons this week, so you would expect to see more passing attempts from Carolina, which should lead to more opportunities for Marshall. He’s no more than a streamer for week 10, but if PJ Walker can recover from his awful showing against Cincinnati and play like he did against Atlanta two weeks ago, Marshall could hold value going forward.

Since taking over as the starting tight end, Dulcich is averaging 12.1 PPR fantasy points, fifth best among TE in that span. Looking ahead to the fantasy playoffs, Dulcich has great matchups against Arizona in week 15 and Kansas City in week 17. Make him one of your priority picks this week if you’re hurting at tight end.

Over the last three weeks, Otton is 4th in yards among tight ends and 1st in red zone targets. He’s averaging 13.4 yards per reception and has seven catches with 10 or more yards in that same span. Otton is getting TE1 usage, playing over 85% of snaps. Expect Otton to continue the trend and be a top 10 tight end the rest of the way.