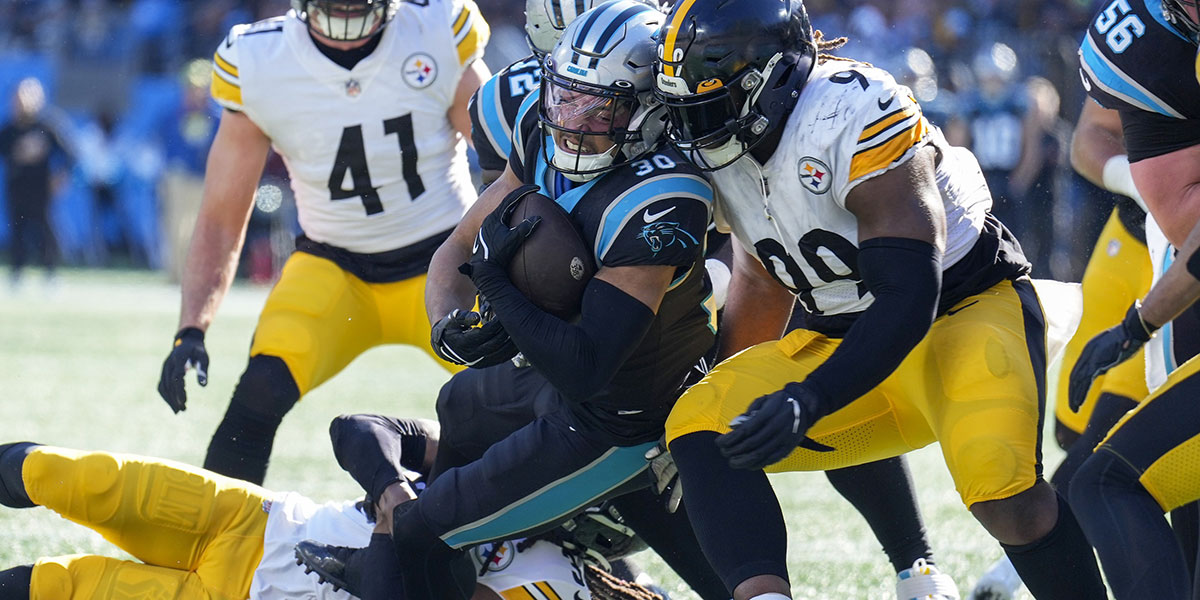 If you’re reading this, congratulations! You made it to the championship of your fantasy football league. I hope Gridiron Experts has been a small part of your success with our rankings and articles, but ultimately you made the decisions that brought you this far. I have a championship game of my own, so I know the importance of choosing the right player to start this week. I’m not going to give a suggested bid because if you have any of your FAAB budget left, and you need one of these guys, you need to spend all of it on him. Also, I’m not recommending any players who might be useful somewhere down the line. You’ve got one shot, so there’s no reason to pick up anyone you’re not planning on starting, unless it’s to block your opponent from getting him. You can drop all your handcuffs, backup QBs and any bench players you’ve held on to all season. Obviously, you want to pick up players you need to start, but also grab players who could start for the bad guys (your opponent.) In the past, I’ve had four defenses on my team for the championship game, just to keep my opponent from upgrading their defense. Every spot on your roster should serve a purpose this week. The traditional rules go out the window for this one and done game. Good luck and let’s bring in the new year with a new trophy!

If you need a quarterback this week, it doesn’t get much safer than Purdy. He has thrown for two touchdowns in each of his four games and is averaging 17.6 fantasy points per game. The 49ers face the Raiders next and Brock is purdy much a lock to get your team 17-20 points. He might not be exciting, but he’s not going to be the reason you lose your championship game.

Obviously, Minshew is only useful if Jalen Hurts misses the game against New Orleans. We might not know by the time waivers run, so I would advise you pick up Minshew and drop a bench player you know you won’t use. Minshew was good against a tough Dallas defense, avoiding sacks and throwing for 355 yards and two touchdowns. If he plays, you can’t expect those kinds of numbers against the Saints, but he’s reliable enough to plug in your lineup and expect good results.

Allgeier appears to have wrestled the starting job from Cordarrelle Patterson. The Falcons have a favorable matchup against the Cardinals, who are giving up the 5th most fantasy points to running backs. Allgeier should get 15+ carries in a positive game script at home. Start Allgeier with confidence.

Hubbard has double-digit carries in three of the last four games and has averaged nearly six yards per carry. The last three weeks, Carolina has been one of the run-heaviest teams in the league and it has been working for them. They’re averaging 188 yards on the ground in those games and I think they will continue with that strategy against Tampa Bay. Hubbard provides a safe floor, but also carries pretty decent upside to go along.

There’s some risk here, as Cook could get anywhere between four and 11 carries against the Bengals. This game could turn into a shootout and the Bills don’t throw a lot of passes to their running backs. There’s a lot of variance of outcomes for Cook, so I would only start him if you’re coming into your game as an underdog and need a desperation play with a high ceiling.

Dortch is a risky play this week, but you can’t ignore his 10 catch, 98 yard performance against Tampa Bay. If Arizona keeps him in the slot for their game against Atlanta, then Dortch is a safe play. Grab him for his potential, but keep an eye on practice reports for clues to Dortch’s usage this week.

Over Washington’s last three games, Dotson leads the team with a 23.8% target share, scored three touchdowns and is averaging 18.8 points per game. Taylor Heinicke has been the quarterback for most of that time, so I would be a little leery if Carson Wentz is named the starter, but we probably won’t know until Wednesday. If it’s Heinicke, I’d roll Dotson out with no concerns. If it’s Wentz, I might take my chances with one of the three Giant’s receivers listed below.

Under 50% owned on Yahoo and ESPN

Eeny, meeny, miny, moe. Which receiver? I don’t know. The last four games, James has the most catches, Slayton has the most yards and Hodgins has the most touchdowns. For this reason, I prefer Hodgins. He also leads in red zone targets in that span and has the most fantasy points. This is a good matchup for Giant’s receivers, so any of these three are usable for fantasy teams this week. James probably gives you the safest floor while Hodgins has the most upside, but an argument could be made for starting Slayton, too. My only advice is to choose just one, as New York doesn’t score enough points to have two of their receivers in your lineup.

You know what you’re getting with Hill and you know the risk. The Saints are still in the running for the NFC South and they’re going to pull out all the stops against Philadelphia so I’m expecting to see more Hill than usual this week. He has touchdowns in his last two games, both wins, so New Orleans has reason to get him involved. If you have a weak stomach, avoid this recommendation, but for a position that is a dart throw most weeks anyway, I think Hill makes a lot of sense. It’s championship week! Remember, fortune favors the bold!