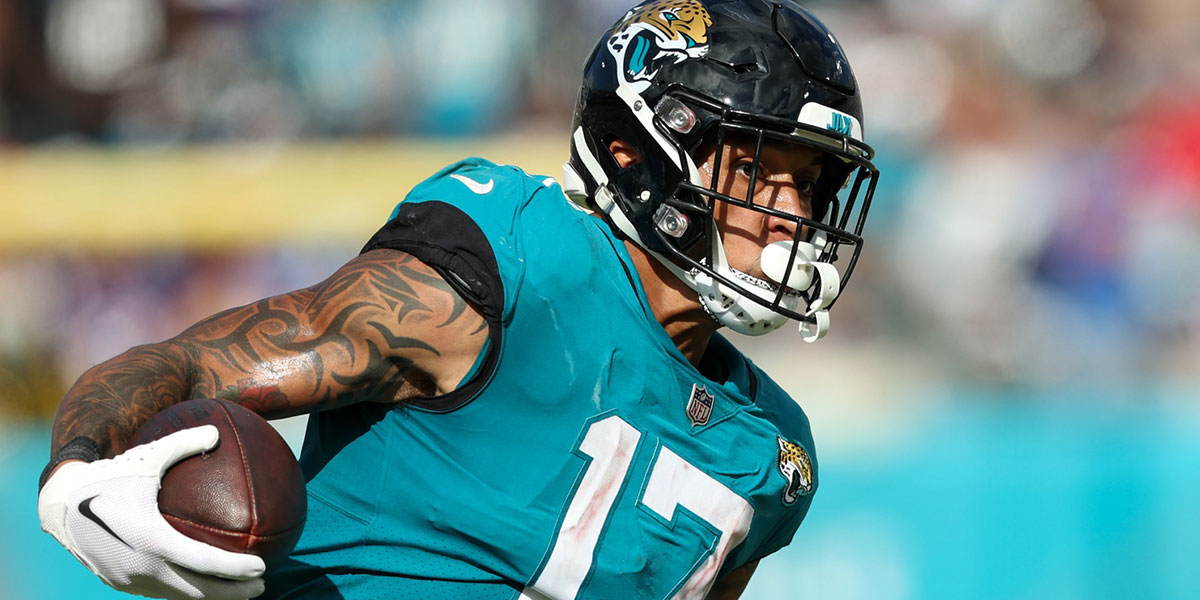 The first week of the fantasy football playoffs start this week for most leagues. Hopefully, you’re still around to be a part of it.  I have two home leagues and I’m in the playoffs in both, but I had to win the final six regular season games to make it in one of them. I’ll admit I thought my streak of 15 consecutive playoff appearances was about to end when my team was 2-6 and in 11th place after eight weeks. But here we are, once again on the verge of immortality! There aren’t any league-winner-type players on the waiver wire this week, but there are some fine streaming options available. These next few weeks, more than ever, it’s important to pay attention to matchups and explore every angle to get an edge over your opponent. It’s okay to empty your bench and pick up players your opponent might need. One thing I like to do is pickup any high-value RB handcuffs and drop players I know I’ll never use. If you’re a streamer, look ahead the next three weeks and hoard all the quarterbacks and defenses you might use. Use any advantage you can to bring home that trophy! All’s fair in love and fantasy football!

Mike White is the real deal. In tough conditions, he played admirably against the Bills. Assuming he’s still alive after the brutal hits he took, White is a fantasy streamer’s playoff dream. He has arguably the easiest remaining schedule for quarterbacks, with games against Detroit, Jacksonville and Seattle coming up. White is a top ten QB the rest of the way.

I’ve been saying for weeks that the 49ers might be the best team in football but, admittedly, I was concerned if Purdy would be able to effectively lead the offense. After two games, it looks like he’ll be fine, and possibly just as good as Garoppolo was. His 105.2 quarterback rating is tied for fifth in the NFL the last two weeks. I’m not saying Purdy is a priority pickup this week, but if you have the roster space, San Fran’s matchup against the Raiders in week 17 is very appealing for the rookie QB.

Baker Mayfield left Carolina and suddenly turned into Tom Brady 2.0 with his 98 yard game-winning drive against the Raiders. Or, maybe the Raiders just kept being the Raiders by giving up their fourth double-digit halftime lead this year. Whatever the reason, the Rams have announced Mayfield will be their starting quarterback the rest of the season. With the Packers, Broncos and Chargers on their schedule the next three weeks, only use Mayfield if you’re desperate or in a 2QB/Superflex league.

The backup running back in San Francisco is a valuable role that holds fantasy value. The 49ers run the ball about 30 times a game, so there are enough carries to support two runners. However, Mason doesn’t catch passes, so he’s not ideal for PPR leagues. Mason is more of a high-value handcuff that is worth a stash if you have the roster space.

The Panthers ran the ball 46 times against the Seahawks. In their last three games, they have the highest rushing play percentage in the league. Their quarterback situation is so abysmal, it wouldn’t shock me to see 35-40 rushing attempts per game going forward. Even though D’Onta Foreman is the lead back, Hubbard should get enough volume between carries and receptions to be a viable FLEX option.

Since week 10, Peoples-Jones is 13th in fantasy points among wide receivers and that’s with only scoring one touchdown in that time. According to PFF, Peoples-Jones was targeted on all five of Deshaun Watson’s deep passes. If those deep targets keep coming, more touchdowns are in Peoples-Jones’ future.

Chark has 11 catches for 192 yards and three touchdowns the last two weeks. The Lions have a tough matchup against the Jets on the road next week, but follow that with games against the Panthers and Bears. Chark’s volume in a pass-heavy offense makes him a safe start.

Toney was becoming an integral part of the Chief’s passing game before his injury. You should be able to get him cheap this week since many owners are scared off by his injury history. Toney has the kind of upside that can make a difference in the outcome of fantasy games.

From week five on, Evan Engram is the TE-3. However, that might be slightly skewed by his 11 catch-162 yards-2 touchdowns game against the Titans. He did have five catches and a TD the previous week, so it’s not unusual to see him getting volume. The Jags have a brutal schedule coming up, so temper your expectations with Engram. But, you’ve seen his upside, so fade at your own risk.

Conklin has been pretty average all year, but he has the easiest remaining schedule for tight ends and a quarterback who likes to sling the ball. Tight End is a dart throw most weeks, so getting a player who has some pretty good indicators of a breakout week is a big deal. Now is the time to pick up and start Conklin if you any reservations about your current starter.