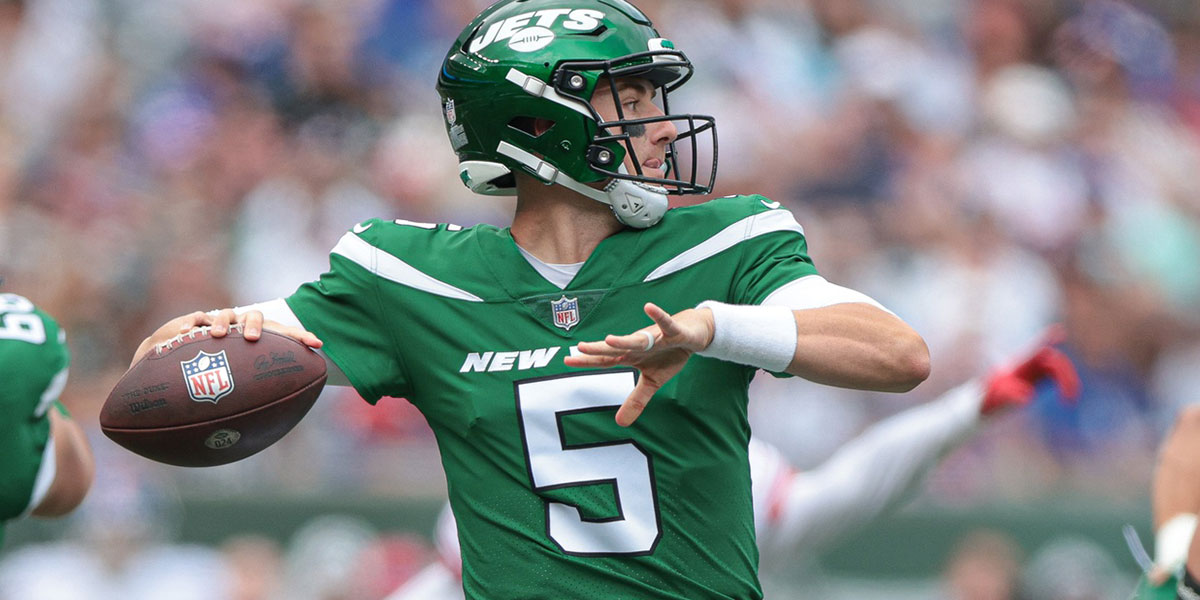 Do you know why I love fantasy football? Because it’s a game of optimism. When you draft your team, you’re filled with confidence that you slayed your draft. After week one, win or lose, you know your team is still the team to beat. Even if you start out 0-4, there’s still time to make it up and get into the playoffs. The hope doesn’t end until you’re mathematically eliminated, which gives you at least two months of unapologetic, pollyannaish joy. You know why I hate DFS? Because all that optimism you have after choosing your players is gone five minutes after kickoff when you’re in 14,000th place with no hope of winning the tournament. I guess I prefer having my heart broken slowly, over a period of months, rather than having it viciously ripped out of my chest in an instant.

For most of us, there are only two weeks left before the fantasy football playoffs begin. Now is the time to look at matchup for weeks 15-17 and see if there are any players on the waiver wire who can help you win those games. Guys like Jimmy Garoppolo, Gus Edwards, Nico Collins and Tyler Conklin might be better options if you have a marginal starter in your lineup. You should also swing for the fences and grab players with huge upside, like Deshaun Watson and Odell Beckham Jr. Now is the time to cut bait on perennial benchwarmers and replace them with players who can actually help you win your championship.

I’ve been beating the drum for Garoppolo for weeks now. Since week five, he’s 7th in passing yards, completion percentage, and touchdowns. He’s one of six quarterbacks with an NFL QB rating over 100 this season. He’s unfairly tagged as a “game manager”, but his stats show that’s not true. He is incredibly consistent and has arguably the easiest remaining schedule for quarterbacks, including facing the Raiders in Championship Week of the fantasy playoffs. Garoppolo should be rostered in all leagues.

Watson is eligible to return in week 13 against his old team, the Houston Texans. Just in time give him a couple of games to get back on track before the fantasy playoffs begin. There is some unknown regarding Watson’s play after such a long layoff, but his upside is too high to let him go to another team. If you need a top 10 quarterback and have the roster space, this is your last chance to bid on Watson.

White had an amazing day throwing for 315 yards against a Bears defense that was giving up just over 200 passing yards per game. Next up, White gets the Vikings, who are dead last in passing yards allowed. The Jets have the talent, on offense and defense, to put their quarterback in favorable positions. Zack Wilson was unable to capitalize on that, but White may be able to take this team to the next level. Other than Buffalo in week 14, the Jets have a very favorable remaining schedule.

It seems like the Ravens have a different player leading the backfield each week, but when Gus Edwards plays, he’s clearly the lead back. In his three starts this season, Edwards has carried the ball 16, 11, and 16 times and has scored three touchdowns. When he’s healthy, which he apparently is at the moment, Edwards is a solid RB2.

Perine has performed well in Joe Mixon’s absence. I expect Mixon to return this week, so Perine’s value would drop considerably. However, he is one of the top handcuffs in the league and should be rostered if you have the space.

James Robinson was a healthy scratch, so Knight was rotated in with Michael Carter getting the majority of snaps. When Carter exited the game with an ankle injury, Knight took over as the lead back. The extent of Carter’s injury is unknown at this point, and we don’t know what the Jets plan to do with Robinson in the event Carter is out, so Knight is a speculative pick with high upside. If you have the extra FAAB dollars, he’s worth a bid.

Slayton is the WR1 in New York. Over his last four games, he has a 23% target share, ranks 15th in receiving yards and is averaging 22 yards per catch. Looking ahead, the Giants play Washington twice and Minnesota once in the next month, all favorable games for wide receivers. Slayton’s high upside makes him an ideal WR2 for fantasy teams.

Burks had his second good game in a row and has 11 catches for 181 yards and a 23% target share in those games . He also has two touchdowns, one rushing and one a recovered fumble in the end zone. Burks has led the Titans in targets the last two weeks and is a low-end WR2 going forward.

Peoples-Jones was having a nice run before his quiet week against Tampa Bay. He had  been WR-21 on a per game basis since week 8 and he had the 11th most receiving yards among wide receivers since week 4. With only one touchdown on the season, he’s due for some serious positive TD regression. Getting Deshaun Watson back next week only helps. Peoples-Jones provides a safe floor for a WR3 and carries nice upside to go along with that.

Moreau will start at least one more game before Darren Waller is eligible to return from IR. Moreau has done a fine, if unexciting, job of filling in. He’s the TE-8 since week seven and is 5th in targets in that time. His volume keeps him in play as a starter until Waller returns. Pick him up with the expectation of starting him one game, but with the possibility of using him the rest of the season.

Johnson is a boom/bust tight end. He’s 8th in fantasy points and tied for second with five touchdowns. He scored 10 or more fantasy points in three straight games before last week when he failed to catch a pass. Fortunately for Johnson, he won’t be facing the 49ers anymore this season.