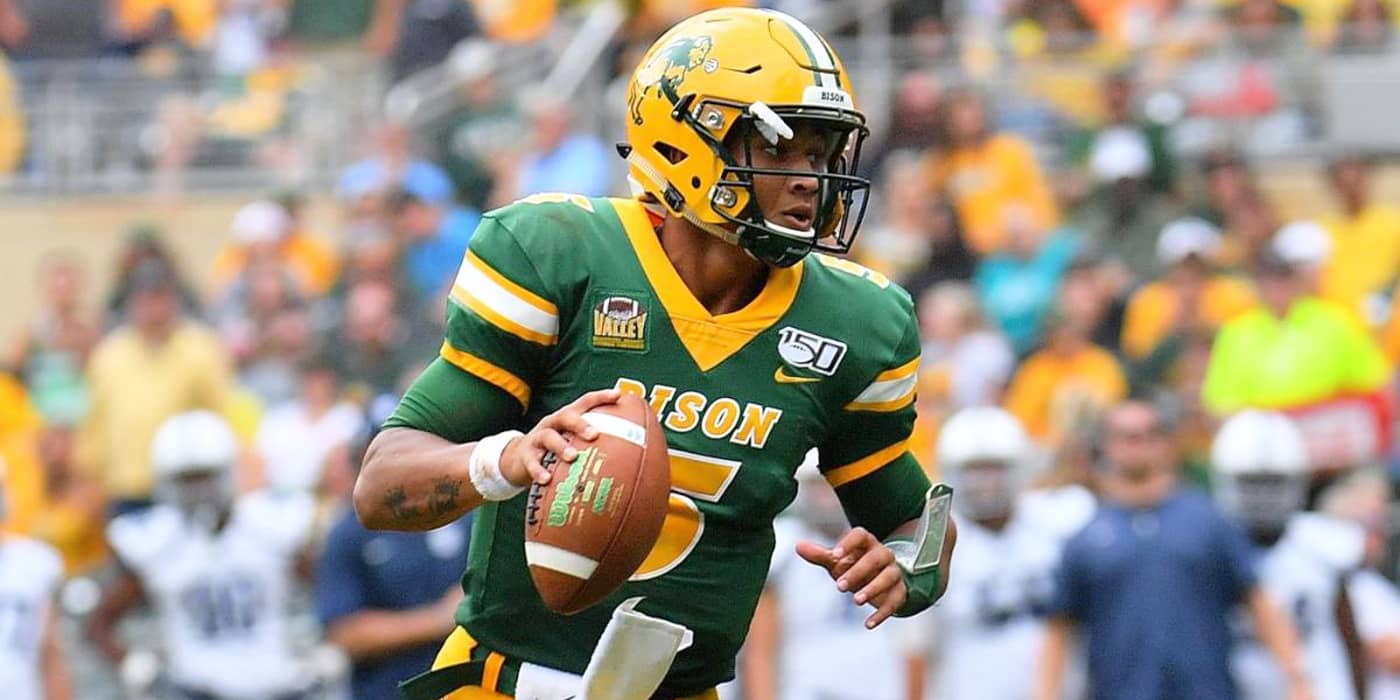 North Dakota State Quarterback Trey Lance seems like this year’s wildcard player at the NFL Draft. Lance won the Walter Payton award as the top player in the Football Championship Dubdiviosn, the Jerry Rice Award as the top Freshman in the FCS, and the Missouri Valley Football Conference Offensive Player of the Year award.

He’s a big kid, standing tall at 6’4, and weighs 215lbs. He’s been described as a smart dual-threat quarterback that has all the makings of someone who could be special at the pro level, even with the knock against his average arm strength. However, the reason I think he’s not high on everyone’s draft board is due to the small sample size. Lance is just a one-year starter who thrived in 2019. That might not be enough. The NFL Draft is one of the biggest make or break talent pools in all of sports. In no other sport can you completely revamp your team by correctly choosing the right players. A great draft can extend the contract of a general manager and set a team up for years, and a bad draft costs people jobs and holds a team back for years. Lance might be too risky of pick, even in a draft where everyone is hungry for a quarterback.

The following are odds to where Trey Lance could be drafted.

While many Mock Drafts have Lance going as high as a top 10 pick, I feel like he could slip and potentially fall into the mid-teens. A team like the Chicago Bears at +1000 interests me and everyone else in New Jersey or the Michigan area where sports betting is now legal.  The Bears signed Andy Dalton to a contract this offseason, but he is not a long-term quarterback. However, Dalton would be the perfect mentor/stopgap QB for a season while Lance continues to grow and learn.

The Bears would have to be patent if they wanted to draft Lance. If you remember, the Bears traded four draft picks to move up one spot to select Mitch Trubisky No. 2 overall in 2017, they were confident they had solved their quarterback problems for the next decade or so. Less than four years after the trade, Trubisky’s time with the Bears is over.

In terms of the best bang for the buck, I think you’re safe with betting on the Patriots or Falcons. While I have a hard time seeing the Falcons selecting Lance with the 4th overall pick, I do feel the Falcons are in one of the best options to trade back. They could trade back to pick 9, pulling off a deal with the Broncos. The Falcons could then stockpile some value, and draft Lance to be groomed under Matt Ryan. The other scenario is Lance simply slides due to his lack of experience and the Patriots snag him at 15, laughing all the way to the bank.

What are your thoughts on Trey Lance? Where do you think he goes? Leave a comment below.