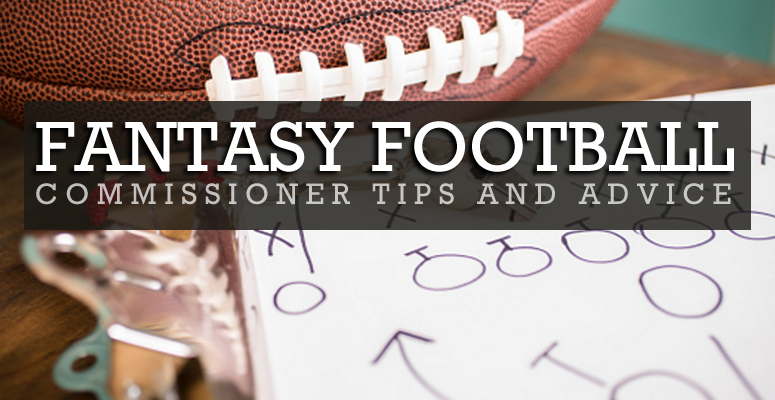 One of my biggest pet peeves are owners who completely check out of the league. It either happens once the trade deadline passes or once their team is completely out of playoff contention.

Fantasy Trade Deadlines: When is Too Early?

Early in my Dynasty Fantasy Football career, I received an email letting me know I was being offered a trade. When I went to accept the trade it wasn’t there anymore. I knew the trade deadline was close, but I didn’t realize how close it was. All I could think about in that moment was Seinfeld‘s  Soup Nazi telling me “No Trade For You!” I was sitting there not understanding why there is a difference between making a trade in Week 10 versus making a trade in Week 12. Who was the commissioner to tell me when the deadline was?

If you are like me and want to get rid of them here are a few reasons you can use:

One of my biggest pet peeves are owners who completely check out of the league. It either happens once the trade deadline passes or once their team is completely out of playoff contention. By moving the trade deadline back as far as possible, or completely getting rid of it, you will have more non-contending teams shopping players on their roster. Keeping these owners active in the trade market will add activity to the waiver wire and ultimately increase the competitiveness of the leagues as a whole.

[the_ad id=”58835″]Has anyone ever made an offer to you and said something like “I’m interested in this player. Let’s see if we can get this done before the deadline. We can work something out.” IT IS PRESSURE. From one point of view, you have the other owner against a rock and a hard place. You know they want to get rid of a specific player. The player you are focused on might be a veteran player they have been trying to move all season and they are playing right into your hands. From the other point of view, you have a specific amount of time to get depreciating assets off of your roster before the deadline. By removing the trade deadline you allow a free trading society where there is less pressure to get a deal done and often times the deals will be fair.

[the_ad id=”63198″]This one will be controversial but stick with me. Imagine you make it to your league’s playoffs and you lose your workhorse RB1, who carried you all season, during your bye week and you don’t have the depth to replace that player well. What are you going to do? In most leagues, there is nothing you can do and you would lose in your first game of the playoffs. There will always be the asterisk for you in that league because you had the worst injury happen at the worst time. What if you didn’t have to lose? What if there was a way you could flip your rookie picks into a replacement RB1? What if your non-contending league mates, who are checked out of the league and inactive for the offseason, were paying attention to the playoffs because they can still make trades and would be happy to ship you a RB1 for picks or a combination of picks and players? Imagine the activity and interest your playoffs would be getting.

Trade deadlines have been around forever. The NFL has trade deadlines and we are playing a game based off of the NFL. I get it. Why not change it up? Why not make your league the league other leagues want to copy? You should be the one league to establish the best practices for fantasy football. Be bold. Be innovative. Be the person who sets the bar.

I started playing redraft fantasy football in 2007. After winning my first championship in year one I was hooked immediately. The following season I finished in last place in both of my leagues, haha. After this epic failure I decided to always be one step ahead of my friends and family. I started studying the teams closer, watching the draft and learning more about the NFL as a whole instead of focusing on individual players. After two years of studying I realized I was often early on players to grab off the waiver wire and decided to try dynasty fantasy football. I have been playing dynasty for six years total and have been in more competitive leagues (myfantasyleague.com) for the past three. Over the past three years I have written about dynasty, DFS, redraft and scouting reports on upcoming rookies or unknown players.
I am one of the weekly co-hosts of the Under the Helmet podcast (available on iTunes and Podbean) and you can also find my written content at uthdynasty.com and dynastynerds.com.