ITS HERE!! The day we gorge ourselves and sit around and watch some NFL! This year we have three great games to take you through this great day of food, family and football! So before you rip off that turkey leg, or dish out some stuffing, take a look at what’s on tap for Thursday.

The Texans will be looking to continue their winning ways on turkey day. Arian Foster will once again be the main focus against the 16th ranked Lions defense. Matt Schaub might be a sneaky play in this game, as the Lions secondary has been bad all year. Sleeper for the Texans is tight end Garrett Graham. He has been a big target for Schaub the last three weeks, with 14 receptions and 3 touchdowns.

Matt Stafford may continue his recent struggles against the 7th ranked Texans passing defense on Thursday. He will have plenty of opportunities to throw the ball though, as he will have to to keep the Lions in this game. Calvin Johnson will have to beat constant double-team coverage to be a factor in this game, and he probably will. Sleeper for the Lions is wide receiver Ryan Broyles.Titus Young is out for this game and Broyles should see an increased amount of snaps and receptions.

RG3 gets his first turkey trot into Dallas to take on the Cowboys in a divisional game of playoff importance. The Cowboys are ranked 6th against the pass, but what RG3 can’t do through the air, he will get done on the ground. Yes, that means your starting him if you own him. Alfred Morris should continue to be a solid, but not spectacular option this week. Pierre Garcon made his return from injury last week, and could be a very important factor in this game. Sleeper for the Redskins is Santana Moss. Yes thats right, the wily veteran has 25 receptions for 374 yards and 6 touchdowns. You would think he would slow down, but he has been a major asset for RG3.

Tony Romo will have to lead the team to the turkey trophy with deficiencies on the rest of the offense. The offensive line is hurting and Demarco Murray is out again. Meanwhile, Felix Jones hasn’t practiced this week. Romo could be a good play this week simply for opportunities he will have to chuck the ball, but that won’t come without an interception or two. This is good news for Miles Austin, Dez Bryant and Jason Witten as they will have a good amount of targets this week. Sleeper for the Cowboys is running back Lance Dunbar. He may in fact get the majority of the workload Thursday with the rest of the running backs out. The Cowboys have traditionally been a plug and play system with their backs, and this could be more of the same. Not great but not terrible either. Dunbar could be a decent FLEX play in deep leagues this week. 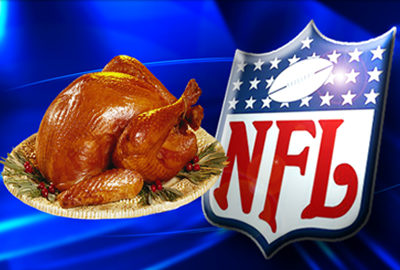 Tom Brady and company stroll into MetLife Stadium to make the Jets look even more like turkeys. Look for Tom Brady to run up the score to make a statement against the rival Jets and coach Rex Ryan. Aaron Hernandez is expected to play, and they will need him as Rob Gronkowski is out with a broken arm. Sleeper for the Patriots is running back Danny Woodhead. He doesn’t see a lot of carries, but he sees plenty of short passes, which he could see a lot of in the absence of Gronk.

The Jets have their work cut out for them at home this week. Mark Sanchez will have to bring his best if the Jets plan to be competitive. He shouldn’t be started in any fantasy leagues though. The Jets running backs and wide receivers could only be described as cold Thanksgiving leftovers. Shonn Greene may be the only one to use for your fantasy team as a FLEX. Sleeper for the Jets is tight end Dustin Keller. He is 2nd on the team in total receptions, and could be a great start in PPR leagues.