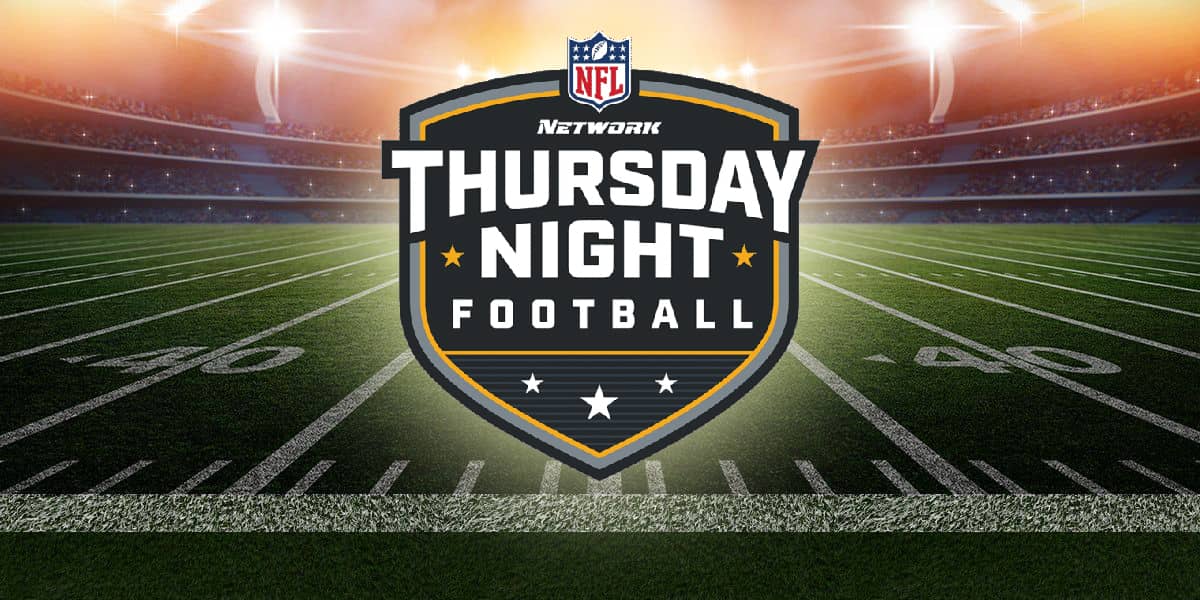 Facing off for just the second time since their epic battle in Super Bowl 51, the Atlanta Falcons will host the New England Patriots on Thursday Night Football. New England is one of the hottest teams in the league, having won their last four games in convincing fashion. They currently sit as the second Wild Card team in the AFC and will look to continue their recent roll this week. Atlanta, on the other hand, is in a bit of a spiral. The Falcons lost in Week 10 to Dallas 43-3, which is tied for their eighth-worst loss in franchise history. They will look to rely on their home-field advantage and get their season back on track.

The Patriots are a 6.5 point road favorite for Thursday Night as they head to Mercedes-Benz Stadium. New England has breezed through their recent games and has been an easy team to bet on during that time. They will face stiffer competition this week, as Atlanta has plenty of talent throughout their roster. However, based on their recent level of play and some critical injuries on the Falcons, this game will be another easy one for betters. Take the Patriots and the points on Thursday Night.

When considering all the quarterbacks selected in the top fifteen picks in the 2021 NFL Draft, it is surprising to know that the best player through Week 10 was not one of the guys selected early. Mac Jones has had a sensational start to his rookie season, leading his fellow draft class signal-callers in passing yards, touchdowns, adjusted yards gained per pass attempts, and wins. Jones has stepped into a role vacated by a franchise legend and NFL great, showing he may have what it takes to be the next great New England quarterback.

He will look to keep his momentum rolling against a Falcons secondary that has been shredded by opposing quarterbacks in 2021. They are tied for the second-highest average points allowed to quarterbacks through Week 10 (depending on scoring format) and have given up the fourth-most passing touchdowns in that time frame. Jones is an excellent streaming option for Thursday Night and should be in your lineup this week.

On the other side of the age spectrum, veteran Matt Ryan has had an up-and-down season in 2021. He has had three top twelve finishes this year (Weeks 4, 5, and 9 respectively) but he has also had just as many weeks where he finished outside of the QB16. Ryan is still a solid streaming option in the proper matchup but Thursday Night will be a tough test for the 36-year-old. The Patriots have been very good against opposing quarterbacks this season, allowing the second-fewest points to the position through Week 10 (depending on scoring formats) and has allowed fewer than 240 passing yards in four straight games. Between this matchup and some injuries to his supporting staff, Ryan should remain on your bench/waiver wire for Thursday Night.

For those fantasy managers who took a chance on journeyman Cordarrelle Patterson in their drafts or on the waiver wire, that selection has paid out massively so far this season. Patterson is currently ranked as the RB10 in 0.5 PPR scoring formats and has had at least 100 yards from scrimmage or a touchdown in seven of his nine games in 2021, including a monster game in Week 4 (32.1 fantasy points in 0.5 PPR scoring formats). Since he has spent as both a wide receiver and running back throughout his career, Patterson provides a skill set that few players can offer and has shown what he can do in this Atlanta offense. Unfortunately, Patterson suffered an ankle injury last week, making his status questionable for Thursday Night. If he is not able to go, the Falcons will look to Mike Davis and Wayne Gallman to carry the rock this week. Both Davis and Gallman are nowhere near the talent that Patterson is so they are not great options to play, even with the upside of getting a majority of the carries. If Patterson is good to go for Thursday Night, he will be a Flex option with a high upside this week.

Prior to suffering a concussion in Week 9, Damien Harris was having a great season; ranking as the RB16 (in 0.5 PPR scoring formats) and looking as though he could be the main running back in New England. He will have some stiff competition to come back to, however, as Rhamondre Stevenson had an amazing performance in Week 10, rushing for 100 yards on 20 attempts for two touchdowns. If Harris is ready to go, both players will look to be a factor on Thursday Night against a defense that has allowed at least 109 rushing yards in their past four games. Harris will be the top back to play if he is active but, if he is not able to go, Stevenson will be in for another great opportunity on Thursday Night.

New England may not have much star power at the wide receiver position, but they have found players who excel in their roles and have helped their young quarterback thrive this season. Their top two wideouts Jakobi Meyers and Kendrick Bourne have been consistent fantasy options and but have also shown that they can be great starts in the right matchup, such as Weeks 3 and 10 where they both finished inside the top 19 for that week. Both players, along with Nelson Agholor, will be in for a fantastic opportunity on Thursday Night against Atlanta. The Falcons’ secondary has been one of the worst in the league this year, especially to opposing wide receivers. They have allowed thirteen touchdowns to wide receivers through Week 10, which is second-worst in the NFL behind only Indianapolis. While they have improved in recent weeks, Atlanta is still a great matchup for the Patriots’ wide receiver group and will put Meyers and Bourne in a position where they can shine in your lineup this week.

Ever since the departure of Calvin Ridley, who stepped away from football on October 31st, Atlanta’s passing game has taken a step back. The Falcons have failed to reach 135 passing yards in two of their three games, including a game where Ryan threw for more yards in one drive in Week 9 (71 yards) than he did in the entire first half of Week 10 (66 yards). Needless to say, the Falcons’ wide receivers have struggled in recent weeks. The only one with a weekly finish inside the top 30 since Week 8 is Olamide Zaccheaus who had three receptions on three targets for 58 yards and two touchdowns against New Orleans. They will need to be at their best on Thursday Night as the Patriots’ secondary has been playing very well recently. New England has allowed an average of 41 yards to opposing wide receivers in their past two games and have only allowed one top 15 finish in their last four games (Keenan Allen in Week 8). With the state of their offense being in flux and the tough matchup ahead, keep all Falcons wide receivers on your bench/waiver wire for Thursday Night.

Over this past offseason, two of the marquee free agents at the tight end position signed with the same team, an occurrence that is rare across many sports. Hunter Henry and Jonnu Smith both signed with the Patriots on March 19th with the team committing a combined $87.5 million to both players over the next three to four years. New England has always valued the tight end position during their recent dynasty and they showed that with these signings. Henry has performed well since coming to the Patriots; he currently ranks as the TE3 (in 0.5 PPR scoring formats) and has found the endzone in six of his last seven games. He and Smith, if active, will have an interesting matchup on Thursday Night. The Falcons have not allowed a top 20 finish to opposing tight ends in their past three games but were carved up by Mike Gesicki in Week 7 (seven receptions on eight targets for 75 yards and one touchdown). It seems as though Atlanta’s defense has improved against tight ends but they will be tested on Thursday Night as Henry will likely be a key component of New England’s offense. Be confident in Henry this week.

It has been a long time since a tight end prospect received the amount of hype and attention that Kyle Pitts did before the 2021 NFL Draft. Many scouts and fans alike salivated over him; with his size and athleticism, he looked like he could be an elite offensive weapon for whoever selected him. Fortunately for Falcons fans, their team selected him fourth overall and have started to mold their offense around him. After a relatively slow start, Pitts has burst onto the scene and is one of the best fantasy options at the position. Since Week 5, Pitts has been the TE4 (in 0.5 PPR scoring formats) including two monstrous weeks where he has over six receptions and 110 passing yards. Pitts was especially great in Week 7, where he became the youngest tight end with over 160 receiving yards in a game since Mike Ditka had 190 yards in Week 9 of the 1961 season. He will be in for a tough matchup against New England, who may know a thing or two about elite tight ends. Their defense has allowed the fewest receptions to the position group through Week 10 and has only allowed an average of 29.5 yards to tight ends so far this season. Pitts is far too talented and is too important to the Atlanta offense to be completely shut out, but I would keep expectations low for him this week.

Over the past four weeks, it is hard to find a D/ST unit better than the Patriots. They have held teams to an average of 13 points during that time and have been advantageous with nine turnovers since Week 7. They will seemingly be able to keep that momentum going against an Atlanta offense that has had trouble scoring and maintaining possession in recent weeks. If you are lucky enough to have New England’s D/ST on your roster, they need to be in your lineup for Thursday Night.

A lot has changed since these two teams faced off in Houston for Super Bowl 51. While there is still some consistency throughout these franchises, both Atlanta and New England have retooled and even rebuilt some key components of their rosters. They both have young stars-in-the-making leading their offenses and have talent on the defensive end as well. However, the Patriots have shown that they are the better team right now and are closer to being playoff contenders than their avian counterparts. Bill Belichick has turned the Patriots around and has them playing great at the right time. Look for that to continue on Thursday Night as New England wins by a score of 24-10.