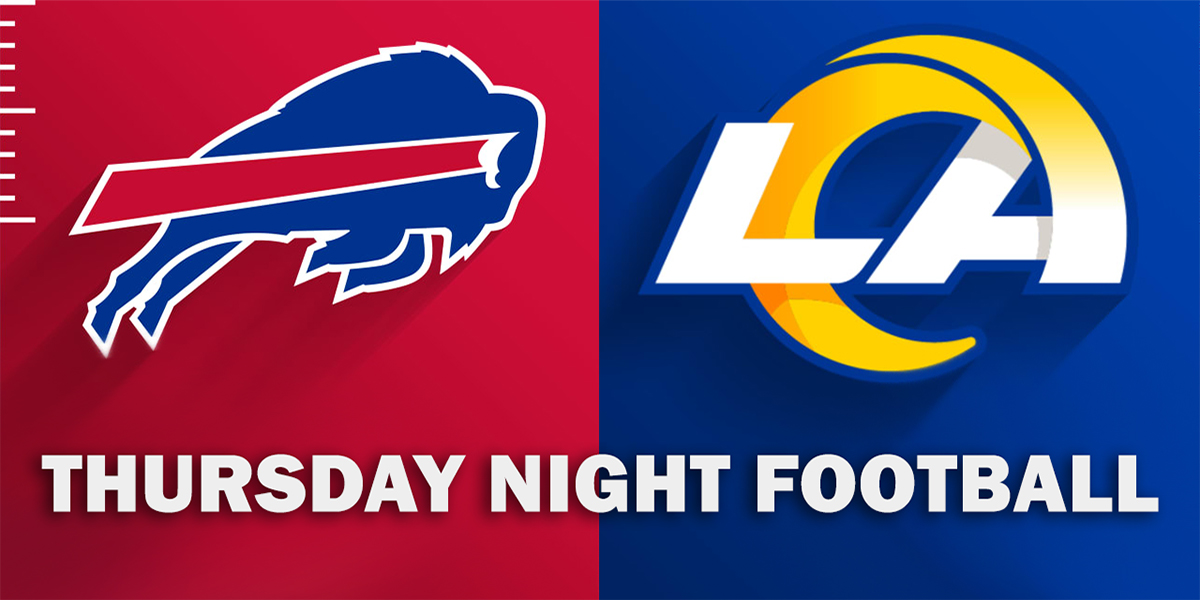 Week one of the NFL season kicks off Thursday night with a possible Super Bowl preview. The defending Super Bowl champions, the Los Angeles Rams, host the upcoming powerhouse, Buffalo Bills, in a game sure to attract a lot of attention among bettors. Interestingly enough, despite being at home and coming off a Super Bowl victory, the Rams are an underdog. However, NFL betting lines opened with the Rams as a 1-point favorite and the public has been all over the Bills to cover the spread with 87% of the cash going their way.

There’s certainly reason to believe the Bills can go into L.A. and win. They’re the consensus favorite to win the Super Bowl. They had the NFL’s top-rated defense last season and added Von Miller to an already stacked unit. On the offensive side, Josh Allen has matured into an elite quarterback and Stefon Diggs is among the best wide receivers in the game. The Bills averaged 29.8 points per game in 2021, third best in the league, and 31.3 points on the road.

On the other side of the ball, the Rams were fifth in points per game, averaging 27. Quarterback Matthew Stafford has been dealing with elbow pain, but head Coach Sean McVay says he won’t have any limitations heading into the game.  Cooper Kupp had one of the best seasons of any wide receiver in NFL history and the Rams added Allen Robinson to replace Robert Woods/Odell Beckham. The rushing attack should be more potent with a healthy Cam Akers finally getting a chance to be the lead back. The Rams also had a top 5 defense, led by All-Pro Aaron Donald, that could exploit a mismatch against a relatively weak Bills offensive line.

Sean McVay said there will be "no limitations" for QB Matthew Stafford Thursday night vs. Bills.

Let’s look at some trends in the Rams favor. Since he became Head Coach, Sean McVay is 5-0 on opening day. The Rams are also 5-0 ATS in those games. Last season, the Rams were 3-0 as an underdog. Since 2005, the defending Super Bowl Champs have a 14-3 record in their first game of the next season.  These seem to suggest that taking the Rams +2.5 is the bet to make.

For the Bills, the total has gone over in 4 of their last 5 games on the road and 5 of their last 7 games overall. Against the NFC West, Buffalo’s games have gone over the total the last 5 games. With these two potent offenses battling it out in a prime-time game, I think betting the over is the best move.