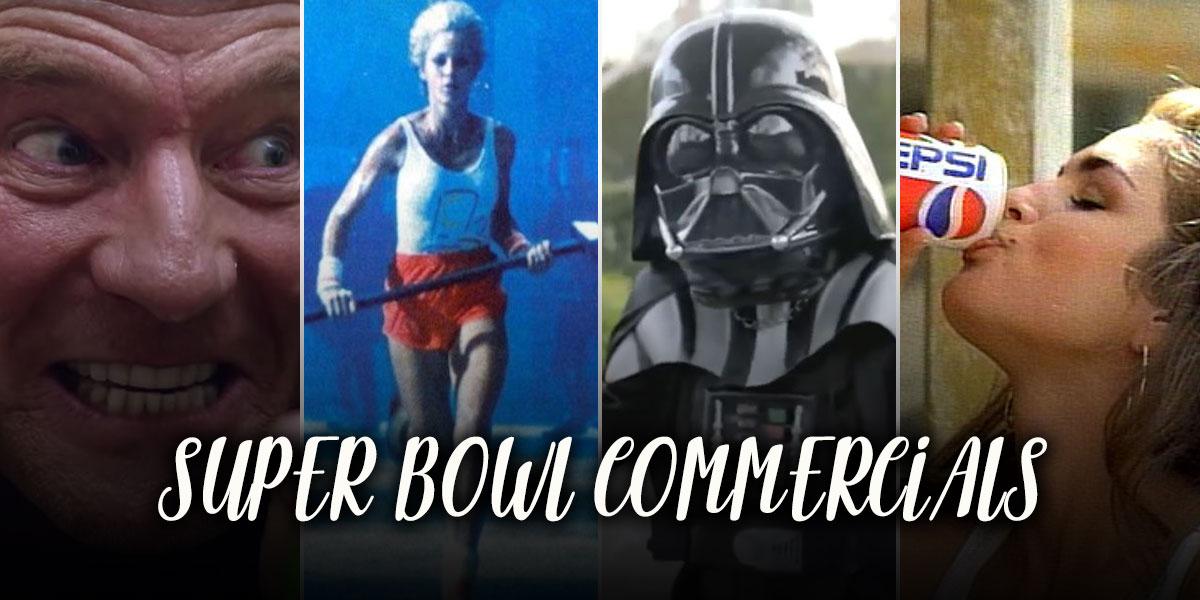 In 2011, the average price of a 30-second advertising spot during the 46th Superbowl reached 3.5 million dollars making a record. However, the 2022 Super Bowl commercial will cost around 7 million dollars, almost double the cost.

With time, the Super Bowl has become the most-watched TV event in the US. The challenge for advertisers is to attract nearly 100 million viewers with the most original spot possible.

Here, we have the opportunity to take you back to the most iconic Super Bowl Commercials.

Also, do not forget to check some exciting Super Bowl’s Moneyline Odds movements over the last few weeks.

The player Mean Joe Green was the star of the spot for the famous drink who won the Clio Award, the Oscars of advertising that year.

Ridley Scott directed the commercial with an astronomical budget of $900,000.

The commercial surfs on the trend of dinosaurs caused by the first film in Steven Spielberg’s Jurassic Park trilogy released three years earlier.

The success of this Super Bowl commercial that featured Ali Landry made the ex-Miss USA the brand ambassador for the next three years.

The musician, Britney Spears, was then at the height of her glory. A celebrity choice for Pepsi, which intends to position its soda as the pop drink of the new millennium.

Any commercial set with the Star Wars theme is already something promising, in addition to the fact that the creators of said short showed the ingenuity to put some comedy with a young Darth Vader who has problems starting the vehicle.

It has more than 50 million views on YouTube. But it would be a shame to overlook the New Beetle, a vehicle from the same brand, which also caused a sensation for its aesthetic quality.

Since the 90s, there were already ads that managed to attract the eyes of millions. The soft drink is an excellent example as it had the supermodel Crawford, who arrived at a gas station and monopolized the eyes of those present.

As it’s an event for the general public, violence or any situation that may alarm the youngest members of the audience is avoided. That’s why it was surprising that Mountain Dew displayed a scene from horror movies. They hired Bryan Cranston to recreate a scene from The Shining.

While the phrase “You’re not you when you’re hungry” has become synonymous with this nutty candy, it was actually born during this 2010 spot featuring the infamous actress. This Super Bowl Commerical was a classic for so many reasons.