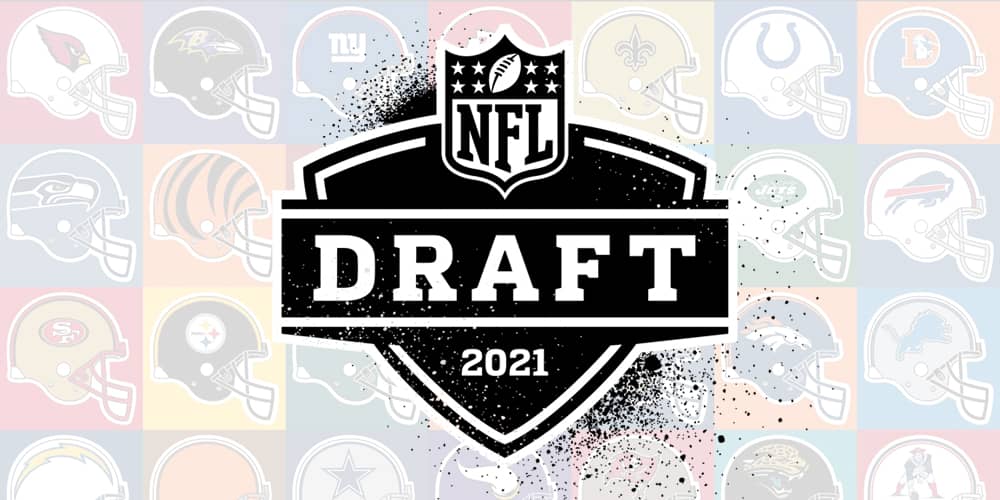 The 2021 NFL Draft is finally over.  Speculation about who now becomes an analysis about who did the most for their teams.  While that question will ultimately be answered on the playing field, it is fun to Nostradamus the shit out of it before the season starts.

The Rams traded for quarterback Matthew Stafford and currently have the number one ranked defense in opponents passing yards per game (193.8) and the fourth-ranked defense in opponents rushing yards per game (99.1). Yes, head coach Sean McVay lamented in the off-season a need for a wide receiver to vertically stretch the field, especially now that Stafford is under center, but all else seemed pretty good.  But it wasn’t really.  The Rams had the 30th ranked special teams in 2020.  They had four fumbles on punt returns while also being one of 10 teams to have a punt blocked.  Their 39.2 net punting average was the seventh-worst in the NFL.

So after they acquired their vertical field stretcher with the 57th pick in Tutu Atwell, the Rams used their picks from round five through seven to acquire players who add depth but, more importantly, can be special team additions from day one.

So for not going after the ‘sexy’ gets and finding players who can help an area that was pretty bad last season, the Rams win.

It is hard not to claim a team that jumped from 20 to 11 to acquire the second-best quarterback in the draft as a winner.  The Bears got their franchise quarterback, three offensive linemen, a wide receiver, and two defensive players.  But the most important thing here is that they have their franchise quarterback for next year’s first-round pick, fourth-round, their 20th pick, and a fifth-round pick in this draft—a pick the New York Giants used to acquire more draft capital for themselves.  The 20th pick the Giants used to draft the wide receiver, Kadarius Toney.  That seems fair.

The Chargers offensive line ranked 32nd last season per Pro Football Focus.  So offensive lineman was an obvious need.  It was also important for them to grab a cornerback and pick up a wide receiver who could be a consistent vertical threat.  All the boxes were checked with their first three picks.  So for their first pick in the 2021 NFL Draft, they had offensive tackle Rashawn Slater fall into their laps.  Slater pre-draft was a top 10 prospect that the Chargers got him at 13 was a no-brainer and perhaps has given quarterback Justin Herbert the blindside protection he needs. In round two, they acquired cornerback Asante Samuel Jr. and followed that with a round three draft of the field stretching wide receiver Josh Palmer.

It is hard to fault them for the stretch pick of tight end Tre’McKitty with their compensatory pick in round three.  And their next five picks added depth that is greatly needed for a team that has seen its fair share of seasons ending badly because of injuries.

Dave Gettleman has been the Giants general manager for eight years.  In those eight years, he never made a trade to move down in the draft.  This year he swapped 11th for 20th and 164 and the Bears’ first and fourth-round picks in 2022.  The second day he traded with Miami, giving up the 42nd pick to move down to 50 and getting Miami’s third-round pick next year.

With the 20th pick, the Giants drafted wide receiver Toney. Edge rusher Azeez Ojulari was acquired with the 50th pick.  While Toney is a questionable reach, Ojulari is a first-round talent who slid because of injury concerns.

It remains to be seen how the acquired draft capital will benefit the Giants in 2022, but for now, Gettleman looks to be heading the Giants in the right direction.  It is all up to Daniel Jones from here.

This is for those who had a really good draft, but the final hinges on one decision.

The Jets went into the draft needing help on both sides of the ball.  For the most part, they got it from drafting the offensive lineman Alijah Vera-Tucker in round one to the second-round pick of wide receiver Elijah Moore.  The new defensive-minded head coach waited until around five to pick up some much-needed help in the secondary.

The Broncos currently have Teddy Bridgewater, Drew Lock, Brett Rypien, and Jeff Driskel as their quarterbacks.  Bridgewater had an uneven season with the Carolina Panthers in 2020.  He was 0-for-8 in game-winning situations.  But in the first 10 games, he ranked in the top five of the league in completion percentage, passing for 13 touchdowns and seven interceptions.  In the last five games, he was sacked 12 times, threw two touchdowns and four interceptions, two of which were in the end-zone on game-winning drives.

There is a slim chance the Broncos are holding out for someone else to be under center, but it is close to a loss as far as the draft goes.

It is not so much that the Texans lost the draft; there was really no way for them to win. The Texans entered the 2021 draft, needing help at every position.  It is not only that they gave up the second-most rushing touchdowns per game (1.5) while running for the third least rushing touchdowns per game (0.5).  The departures and the uncertainty on the offensive side needed to be addressed, along with a defense that ranked 32nd in opponents rushing yards per game (160.2).

The Texans entered the 2021 NFL draft with only five picks in the draft, and no picks before the third round.  There is doubt Deshaun Watson will be under center for the 2021 season and beyond.  Will Fuller is gone.  JJ Watt is gone.

Out of their five picks, three were on the offensive side of the ball.  Quarterback Davis Mills was the 67th pick of the third round, followed by wide receiver Nico Collins and the surprising catch of the falling tight end Brevin Jordan in the fifth round.

Texans needed to address the quarterback situation with the uncertainty of Watson and the durability of Tyrod Taylor.  Being handcuffed with the first pick in the third round and no chance of moving up is less than ideal.

The Steelers offensive line ranked 31st in the league in terms of run blocking per Pro Football Focus.  The only offensive lineman with a run-blocking grade above 60 was left tackle Alejandro Villanueva, and he is gone.  Also, the retirement of center Maurkice Pouncey and the right tackle Matt Feiler’s departure would indicate the offensive line an area of need.

Last season the Steelers rushed for 1,351 yards and averaged 3.6 yards per rush, both putting them in the bottom of the NFL for the 2020 season.  Releasing James Conner was a necessary evil.  Replacing Conner with Najee Harris just made sense.  However, utilizing a second-round pick on the tight end, Pat Freiermuth wasted the opportunity to solidify a porous run-blocking unit.

The luck of the black and gold was present in the third round acquisition of Kendrick Green, who can play either center or guard.  Fourth-round offensive tackle Dan Moore, a “strong developmental player with the change to a more zone-heavy blocking scheme.”

The Steelers may be going to depend heavily on the passing game this season.  Their pass protection graded out fourth last season.  JuJu Smith-Schuster returned on a team-friendly one-year deal. Harris is good in the receiving game.  And Freiermuth is the traditional tight-end that can line up in the slot or in a two-point stance in the backfield.  But that still leaves left tackle an area of need with a quarterback showing signs of regression.  According to playerprofiler.com, Ben Roethlisberger averaged 6.2 yards per attempt last season, 32nd in the league.  He was 27.8% accurate on deep balls and 48.3% accurate when throwing from pressure.

The receiving corps is in-tact, but they were third in the NFL in drops with 129.  This draft does not appear to address the disorders from last season.

It is hard to find a clear loser in the NFC draft. The Carolina Panthers could have drafted Fields or Mac Jones with the eighth pick.  Instead, they remained loyal to Sam Darnold and drafted cornerback Jaycee Horn fulfilling a need in the secondary.

The New Orleans Saints stuck to their philosophy and player style, even though defensive end Payton Turner in the first round was a reach.  Acquiring the services of quarterback Ian Book seems more like a Sean Payton ego assessment.

Both Seattle and Green Bay disregarded the wishes of their quarterbacks and drafted for need. It remains to be seen the impact that will have, which could definitely put both teams squarely in the loser category.