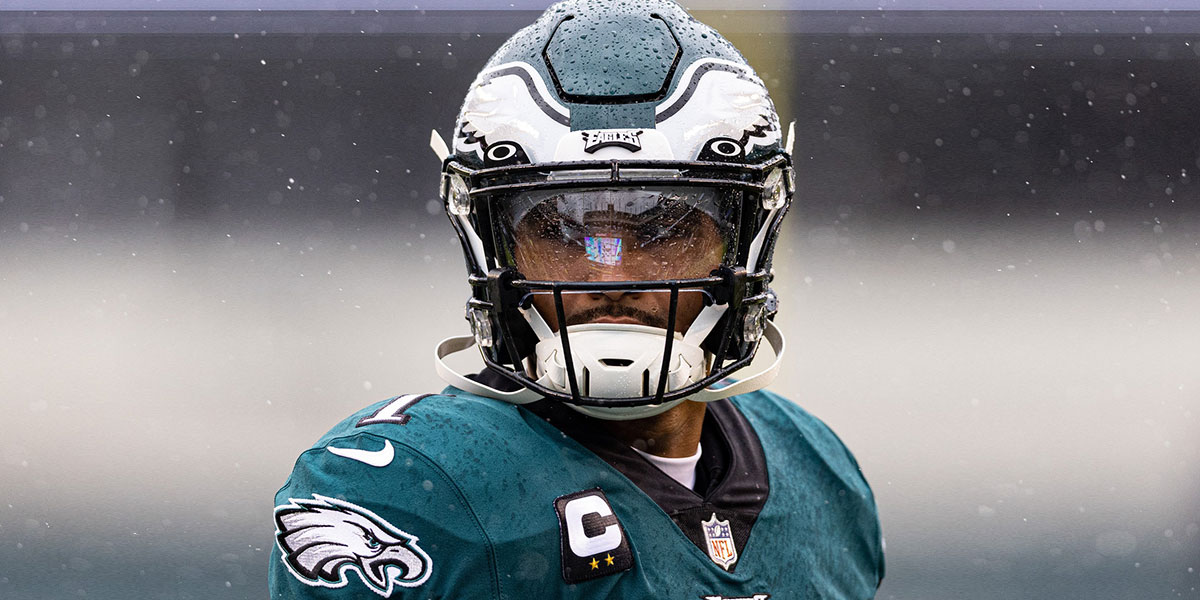 With the exception of the Buffalo Bills, home-field teams took care of business this past NFL Divisional playoff weekend. The Chiefs secured a win despite an injury scare to Patrick Mahomes. The Eagles dominated the Giants, and the 49ers squeaked out a win over the Dallas Cowboys.

However, the team that surprised me the most was the Cincinnati Bengals. The Bengals imposed their will on Buffalo despite playing in a hostile environment against an impassioned Bills squad with Damar Hamlin present in a snowy Highmark Stadium, forcing a rematch with the Chiefs in Kansas City the following week.

Many people on Twitter commented on the Bengals’ offense humming so well in the snow despite missing three starting offensive linemen after Burrow’s Bengals thrashed Josh Allen and the Bills 27-10.

Last week I wrote a quick preview of all the possible Super Bowl outcomes entering the divisional round of the playoffs, so I thought I’d follow it up now that we’re down to the final four NFL teams.

According to Bodog’s Super Bowl odds, the biggest favorite at this point in the season is the Chiefs to beat the Eagles at Super Bowl 57. Considering there are only four teams left, these odds are actually quite appealing, as next week we’ll know the Super Bowl Matchup, and I’m guessing the favorite will be -120.

If you feel really strongly about one particular matchup, I would suggest taking advantage of these odds.

There are a few reasons I feel very strongly that the Eagles are heading the Super Bowl 57.

For starters, the 49ers will be making a cross-country trip and playing in one of the most hostile environments in the league. Brock Purdy has done a good job carrying his team this far, but has shown signs that his rookie resume might not be enough. Purdy continues to target the middle of the field and doesn’t avoid the pass rush as well as people give him credit. Whenever he’s moved off his mark and turns his shoulders, his scrambling almost always results in a throwaway or incomplete pass. The Eagles’ pash rush is one of the league’s best, and he should be in for a ton of pressure.

Jalen Hurts and company are playing excellent football. All the talk last week was that the Eagles hadn’t played a complete game in about a month, but this could have been by design. They clinched the playoffs weeks ago and likely were more concerned about player health than anything. I believe they ran a cautious offense with Hurts in week 18, as they needed the win after Minshew failed twice as a starter to lock up the first overall seed. But they weren’t afraid to revert to aggressive play-calling once the playoffs started.

Lastly, the Giants played so poorly that many Eagles starters barely played on Saturday night. RB Miles Sanders only had 28 snaps. DE Brandon Graham had just 12. I feel that with the extra days’ rest, zero travel, and light workload, the Eagles will be fresh and healthy versus the 49ers.

The big concern here for me is the health of Patrick Mahomes. I feel much more confident about picking the NFC than I do about the AFC. That being said, this is a revenge game for Mahomes and the Chiefs from last year. If you don’t remember, the Chiefs were up big in the AFC Championship game last year and choked in the second half. They also botched a chance for points right before halftime. Mahomes made the mistake of not throwing the ball away or into the endzone and instead threw it to Tyreek Hill, who was tackled inbounds. The clock ran out, and at the very least, the Chiefs missed out on 3 points. Those points came back to haunt them later. The Bengals erased an 18-point deficit — tying an AFC title game record for the largest comeback — to take a late 24-21 lead on McPherson’s 52-yarder. When I look back on this game, I view it as the Chiefs beating themselves. I understand the Bengals are a great team and deserved to go to the Super Bowl last year, but I don’t think the Chiefs will forget what happened last year.

Check back to see my Super Bowl 57 pick.