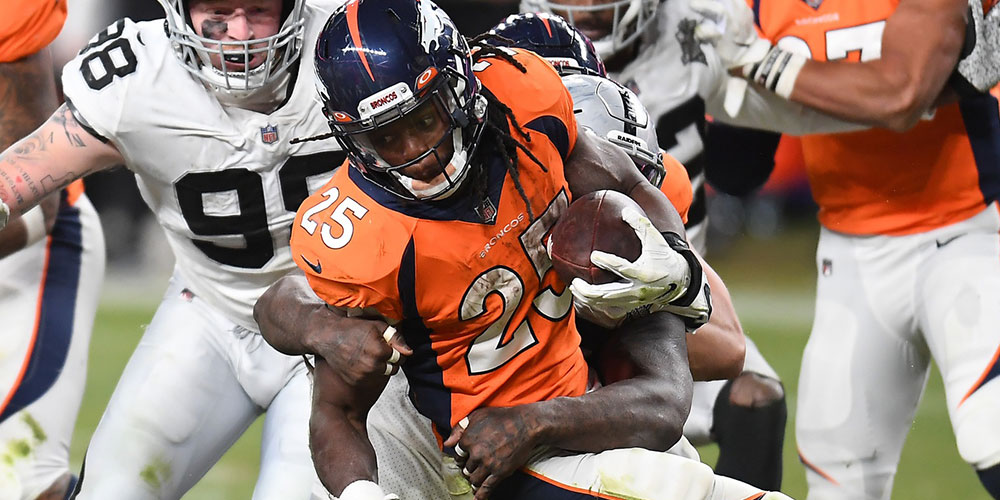 Football is in full swing as we now approach week three. That means another week for fantasy football and to look at the best (and worst matchups). With that, let’s dive in and look at the players to start and sit for this weekend.

If I were to tell you before the season started that Washington would be giving up the most points per game to opposing quarterbacks in fantasy football after week three, you’d think I was crazy. But here we are as WFT has given up over 27 points per game so far to quarterbacks through three games. Matt Ryan isn’t the sexiest name in fantasy football anymore but after his disastrous week one performance, he has rebounded in fantasy football at least. He has thrown for at least 240 yards, two touchdowns, and completed 75% of his passes in two straight games. Washington was just destroyed for 350+ yards passing and five total touchdowns from Josh Allen in week three. He has the weapons needed to be a factor in fantasy football between Calvin Ridley, Kyle Pitts, Cordarrelle Patterson, and Mike Davis. He now has an appetizing matchup that could lead to a top-12 performance in week four.

If we’re sticking with the “not sexy names in fantasy football” thought process, Cousins fits that mold to a T. However, Cousins has quietly played outstanding so far this season with two games of 320+ passing yards and two games with three passing touchdowns while having zero turnovers on a 73.9% completion percentage. The Vikings’ defense may be struggling but Cousins and their offense has been their part so far. Cousins does have a tough matchup against the Browns after they terrorized Justin Fields and the Bears but a lot more of that may have to do with the overall poor coaching of Matt Nagy than anything. Cleveland was letting Tyrod Taylor have his way with them before getting hurt and Patrick Mahomes came alive in the second half in their game to seal the come-from-behind victory. Cousins has a really high floor and fairly strong ceiling as well with how well he has been playing.

While Tannehill himself has been playing a little better as of late, this has more to do with how bad the Jets are than anything. They’ve actually given up the third-fewest points per game to opposing quarterbacks and that’s ONLY because their opponents run up the score early and run the ball plenty to finish the game. The Jets have been shut out in two straight games, meaning their opponents haven’t needed to rely on the passing game much. With A.J. Brown’s injury and Julio Jones’ sudden “load management” issues, we could see the Titans not force Brown back too early or have Jones play a ton in a creampuff game like this. Tannehill and the Titans’ offense as a whole outside of Derrick Henry are solid fades this week.

After picking Javonte Williams as a “start” last week, it’s Gordon’s turn. While this is as close to a “50-50” backfield as you can get, Gordon’s numbers are better so far. His 4.60 yards per carry easily beats Williams’s 3.54 mark while Gordon also has three more carries, one more touchdown, and nearly twice as many receiving yards (76 to 39). Plus, Williams coughed up a goal-line fumble late in week three, which may hurt him in the short term. The Broncos have a good matchup with the Ravens, who have given up the seventh-most fantasy points per game to opposing running backs so far. This has the makings of a back-and-forth game and while Teddy Bridgewater has played extremely well so far, the run game for Denver will be a huge part of their offense once again. Gordon looks to be the better bet right now and has top-24 upside this weekend.

After strangely being a “healthy scratch” in week one, Moss has come back with a vengeance with three touchdowns in the last two games. He had a strong week three with 60 yards rushing on 13 carries and three receptions for 31 yards and a touchdown. That’s 91 yards from scrimmage on 16 touches while Devin Singletary struggled with 26 yards rushing on 11 attempts and one reception for zero yards. Moss hasn’t run away with the “starting” job but he has been looking better than Singletary since returning in week two. Moss and the Bills now play in what should be a run-heavy game against the hapless Texans. They are giving up the ninth-most fantasy points per game to opposing running backs and now face a Buffalo team that just shredded a much better team in the WFT. Moss could sneak into top-30 value and be a strong FLEX play for week four.

This backfield is…frustrating. Williams has outplayed Murray with a 5.1 yards-per-carry mark compared to Murray’s 3.54 number and is the only running back with any passing stats so far. In a close game for week three, Williams inexcusably had only five carries for 22 yards with no receptions. Williams had been an efficiency darling with at least 94 yards from scrimmage on 15 or fewer touches in his first two games. Then the Ravens decide to give Murray more carries (seven to five) than Williams in what should’ve been a great game for their run offense. Unfortunately, this backfield is too hard to decipher and now the Ravens face a strong Broncos defense who has given up the second-fewest points-per-game to opposing running backs so far. Both Murray and Williams should be on the bench in fantasy football this week.

The Patriots’ passing offense has left a lot to be desired so far with Mac Jones passing for only two touchdowns with three interceptions through the first three games this season. Meyers has been the lone bright spot with just under 10 targets per game (29 so far) and has been the clear number one target in the passing game. With James White being stretchered off with what looked to be a serious injury, Meyers could see even more targets going forward. He now faces a Buccaneers defense that is actually giving up the most points-per-game to opposing wide receivers so far. In a game that the Patriots should be trailing for most of, Meyers could see something close to the 14 targets that he got in week three. He has top-24 upside in a PPR league for week four.

It seems weird to think that Beckham would have to be on this list considering his first few years in the league. But especially after his torn ACL last year, Beckham was hard to gauge in fantasy football. However, he made his 2021 debut and had a strong start to the season with 77 yards on five receptions and nine targets. He represents one of the only viable passing options outside of Kareem Hunt on this team right now with Jarvis Landry’s injury. Beckham and the Browns now face a Vikings squad that is giving up the third-most points-per-game to opposing wide receivers so far. And with how the Vikings’ offense is playing, the Browns may need to keep passing in this matchup to keep up. Beckham has top-18 upside in week four.

Don’t get me wrong, the Raiders’ passing offense has been doing really well so far. Derek Carr is averaging an insane 401 yards through the air in three games so far as they have basically abandoned the ran in Josh Jacobs’ absence. However, Carr has been generous with spreading the wealth between Ruggs, Renfrow, Edwards, and Darren Waller. Carr has thrown one touchdown to six different receivers each and only two players (Ruggs and Waller) have over 100+ yards receiving in a game. The Raiders are now going to be facing the Chargers, who have been giving up the third-fewest fantasy points to opposing wide receivers so far. While Carr is very much startable along with Waller, none of his wide receivers have separated themselves from the pack yet to be FLEX-worthy, let alone in such a tough matchup.

The less-heralded top tight end from this past NFL Draft class, Freiermuth is part of an uninspiring Steelers’ offense led by noodle-armed Ben Roethlisberger. With that being said, Freiermuth is leading all Steelers’ tight ends in targets (10), receptions, (eight), and receiving yards (82) with one touchdown. Eric Ebron has seven targets but only has one reception from them. Freiermuth has seen nine of his 10 this season come in the last two weeks and the Steelers are dealing with injuries to wide receiver Diontae Johnson and Juju Smith-Schuster. They also are playing the Packers in week four, who have given up the second-most fantasy points-per-game to opposing tight ends this season. Freiermuth could have top-15 value at a position with very little depth outside the top few options.

Unlike Freiermuth, Knox is part of an offense that has one of the best passing offenses in the league because of the MVP-caliber play of Josh Allen. Knox’s issues have been more to do with drops than anything through his first two seasons but he seems to have improved upon that in his third season. Even with Stefon Diggs, Cole Beasley, and seemingly Emmanuel Sanders now, Knox still had a role in the offense during their strong week three performance. He had five targets, coming down with four of them for 49 yards and a touchdown. He has caught 10-of-12 targets and now has back-to-back weeks with a touchdown. Knox and the Bills face the Texans, who have given up the fourth-most fantasy points-per-game to opposing tight ends this season. Much like Freiermuth, he has top-15 upside this week.

It’s hard to justify recommending a tight end to “sit” in fantasy football. But if there was one to suggest, it would be Tonyan. He just appears to be the fool’s gold that a lot suspected he would be after his breakout 2020 season. He has a meager eight targets through two games, bottoming out in week three with a lousy one target which he turned into a six-yard reception. He did have a solid week two performance (three receptions, 52 yards, and a touchdown) but otherwise, he has three catches for 14 scoreless yards on five targets in his other two games. The Packers’ passing offense is clicking but it’s literally the Davante Adams and Aaron Jones’ show. The Steelers are an OK matchup but with how badly their offense has been playing, we may not need to see Aaron Rodgers pass all game unlike week three.