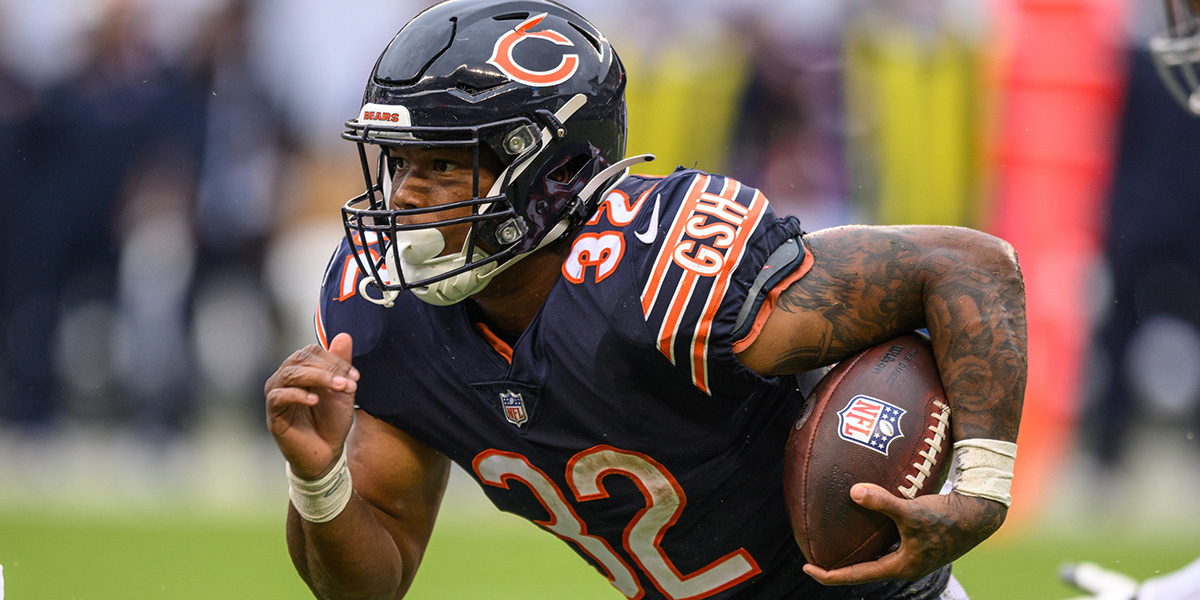 I hope all of you won your week 1 match-up in your fantasy leagues. Congratulations to those who did, and do not worry, you’ll bounce back with a win in week 2 to those who didn’t. Week 2 has officially begun. Let’s start the week right by analyzing, starting, and sitting a few players that could help you win this week ahead of the long season that awaits us. Here are my recommendations for start/sit week 2.

Wentz put on an impressive performance last week against the Jaguars defense completing 27/41 passes for 313 yards, scoring 4 touchdowns, and throwing 2 interceptions. Wentz and the Commanders travel to Detroit this week to play against the 31st defense in points allowed this season in the NFL. The Lions allowed Jalen Hurts and the Eagles to put up 38 points against them this past Sunday. Wentz is equipped with Terry McLaurin, Curtis Samuel, Logan Thomas, and Antonio Gibson, allowing him to throw to reliable targets against one of the worst defenses in the league. Wentz is a high-end QB2 at his floor and a low-end QB1 at his ceiling this week against Detroit.

Montgomery led the Bears running backs in rushing attempts with 17 carries totaling 26 yards in bad weather in Chicago on Sunday afternoon. I understand this is not a good look, especially with backup running back Khalil Herbert lurking in the background with 9 rushing attempts, totaling 45 yards, and scoring one touchdown this past Sunday. Most teams have a running back committee now, so there is no need to worry at the moment. I expect Montgomery to bounce back this week against the Bears on the road in their biggest match-up of the year against division rival the Green Bay Packers. The Packers defense allowed the Vikings running backs to rush for 126 yards in their week 1 matchup in Minnesota. Montgomery is a high-end RB2 this week against Green Bay.

Even though Robinson II only caught one pass for 12 yards last Thursday night against the Bills defense, he has a chance to bounce back this week against the Falcons in a favorable match-up. The Falcons defense allowed 269 receiving yards and 2 receiving touchdowns last week against the Saints. Robinson II will have plenty of opportunities to redeem and solidify himself as the number two receiving option on the Rams offense as was intended when Los Angeles signed him this past offseason. Fellow teammate wide receiver Cooper Kupp allows versatility in the offense by playing the slot receiving position which will allow Robinson II who plays on the outside of the field to receive an adequate number of targets. Robinson II (WR2) who plays left wide receiver will be lined up against right cornerback Casey Hayward Jr. in week 2. Robinson II is a low-end WR2 at his floor, with the potential to be a high-end WR2 at his ceiling this week against Atlanta.

Freiermuth’s path to stardom has officially begun when he caught 5 receptions for 75 yards this past Sunday against the Bengals. The Steelers have not had a reliable tight end since 2015 when Heath Miller was a member of Pittsburgh helping them win two super bowls. Freiermuth is a huge part of the Steelers offensive game plan, as he provides the offense with another consistent pass-catching target who uses his size and speed to his advantage beating zone coverage and can win one on one matchups against defensive backs. I expect Freiermuth to be a major factor in the offensive game plan, especially if running back Najee Harris is not able to suit up or plays in a limited fashion Sunday afternoon after suffering an ankle injury that left him in a walking boot after the Steelers week 1 match-up against Cincinnati. Freiermuth is a low-end TE1 this week against New England.

With Tannehill playing against the best defense in the NFL, I would advise any fantasy owner that has shares of Tannehill to place him on the bench for this week 2 match-up. Last week Tannehill completed 20/33 passes for 266 yards, along with 2 touchdowns in his week 1 match-up in a loss to the New York Giants. The Bills defense only allowed Matt Stafford to complete 29/41 passes for a total of 240 yards, score 1 touchdown, and throw 3 interceptions. I do not expect Tannehill to do anything spectacular against the most ferocious defense in the NFL this week. Tannehill is a low-end QB3 at best this week against Buffalo.

I think it is safe to say that James Robinson is the starting running back for Jacksonville for the time being until the Jaguars believe Travis Etienne Jr. is ready for the starting role. During the Jaguars week 1 match-up against the Commanders, Robinson put on a good performance rushing for 66 yards on 11 attempts scoring 1 rushing touchdown, along with scoring a 3-yard reception for another touchdown. Do not expect him to replicate his performance against Indianapolis, as the Colts only allowed the Texans running backs to rush for a combined amount of 75 yards. Robinson is a high-end RB3 at his floor and a low-end RB2 at his ceiling.

London performed well in his first regular season game against the New Orleans Saints hauling in 5 receptions for 74 yards, averaging 14.8 yards per reception. Unfortunately, the Falcons are playing in another intense match-up against one of the toughest defenses in the league in the Rams who despite getting obliterated in week 1 against Buffalo, are still a defense to be reckoned with this season. London who is the x receiver (WR1) in Atlanta faces what could be his biggest test of the season and a welcome to the NFL moment when he goes face to face with Pro-Bowl right cornerback Jalen Ramsey this week. London is a WR3 at best this week against the Los Angeles Rams.

Unfortunately, I have some bad news. It is time to panic and officially get off the Gesicki train. Gesicki only caught 1 pass on his only target for 1 yard in week 1 against the Patriots. The Dolphins look like they are fading the tight end out of the offense after acquiring former Super Bowl champion Tyreek Hill who completed 8 passes totaling 94 yards last week. Gesicki is not viable at this point in time, and I do not recommend starting him in any league with no upside whatsoever. Gesicki could possibly be a low-end TE3 this week.