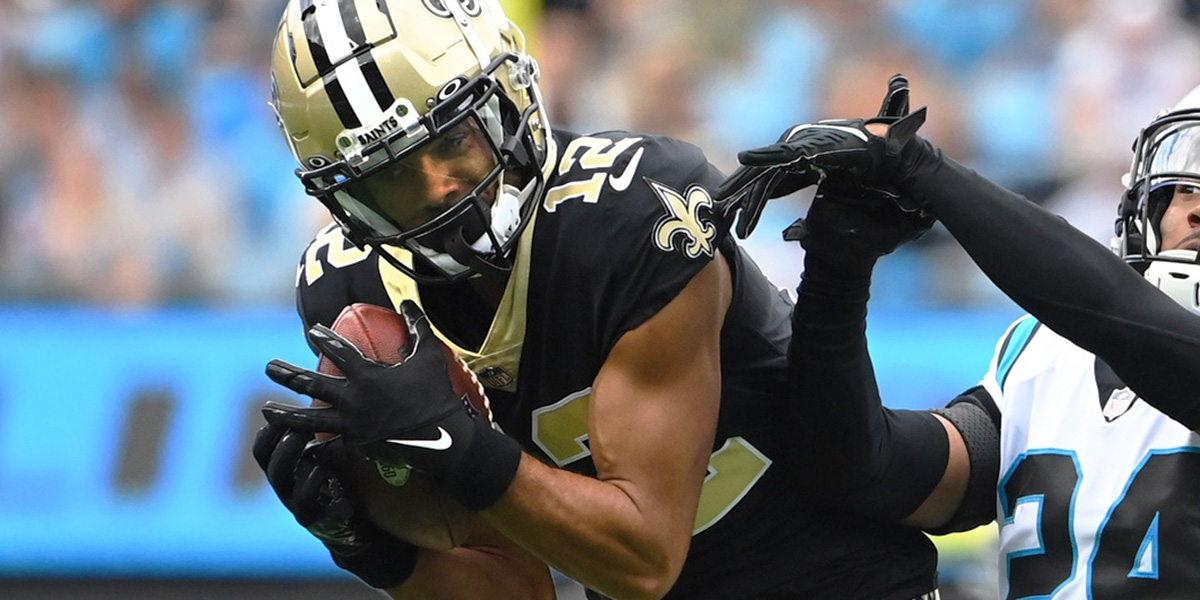 Alright, folks, it is time to buckle down as the middle of fantasy football season is about to arrive in a few weeks. I would like to congratulate fantasy owners who won this week and sympathize with those who did not. As it is officially week 5, here are my recommendations for start/sit week 5.

The Titans looked good in their win over the Colts Sunday afternoon. The Titans passing offense was able to score 2 crucial touchdowns due to Derrick Henry’s brilliant game on the ground where he rushed for over 100 yards and scored 1 touchdown. This allowed Titans quarterback Ryan Tannehill to complete 17/21 passes for 137 yards and score 2 touchdowns. The only downside was the Titans only scored in the first half of the game, which is not sustainable for the entire season. This week, I expect Tannehill and the offense to complete four quarters of highly efficient offensive gameplay in a favorable matchup against the Commanders defense, allowing Dallas’ quarterback Cooper Rush to complete 15/27 passes for 223 yards and score 2 touchdowns in their week 4 loss. Overall, the Commanders defense has allowed an average of 25.5 fantasy points per game to quarterbacks this season. Due to the type of matchup this week, Tannehill is a high-end QB2 at his floor and a low-end QB1 at his ceiling.

Robinson did not have the best game last week in the Jaguars loss to the Eagles as he only rushed on 8 carries for 29 yards total. On the other hand, the Texans defense received a beatdown from the Chargers in their week 4 loss allowing a total of 426 yards against them. Chargers running back Austin Ekeler rushed for 60 yards on 13 carries, scored 2 rushing touchdowns, recorded 6 receptions for 49 yards, and scored 1 receiving touchdown resulting in a major performance for the veteran. Robinson is a highly efficient running back as we have seen, as he possesses the size, strength, and speed along with the ability to catch the ball out of the backfield making him the attractive running back in Jacksonville over second-year back Travis Etienne. The Jaguars will exploit the Texans weak rushing defense in which they allow the most fantasy points per game to running backs with an average of 25.5. This week, in a favorable matchup, the Jaguars will utilize Robinson’s strengths allowing him to put on a double-digit performance becoming a high-end RB2 at his floor and a low-end RB1 at his ceiling against Houston.

Olave’s performance in last week’s game does not surprise me as he was my favorite to win offensive rookie of the year coming into the season. He has come onto the scene, becoming a solid start for fantasy owners this season. Olave recorded 4 receptions for 67 yards, averaging 16.8 yards per reception, and scored 1 touchdown. Last week the Seahawks defense looked horrendous again when they allowed the Lions offense to accumulate a total of 555 yards and 6 touchdowns against them. I expect nothing less to occur again as the young Saints receiver leads the team in targets with a total of 36 and will be playing against the Seahawks defense who allows wide receivers to score an average of 19.0 fantasy points per game. Olave is a low-end WR2 at his floor and a high-end WR2 at his ceiling against Seattle.

I believe Conklin’s performance this season came to a surprise for all of us in the fantasy football world where he has been a consistent contributor to the Jets offense. Last week he recorded 3 receptions for 52 yards in a tough matchup against the Steelers defense. On the flip side, the Dolphins defense collapsed against the Bengals in their loss last Thursday night allowing a total of 371 yards and 3 touchdowns. Bengals tight end Hayden Hurst put on a good performance against the Dolphins defense securing 3 receptions for 27 yards and scoring 1 touchdown. I expect Conklin to put on a solid performance this week against the Dolphins defense who allow an average of 9.5 fantasy points per game to tight ends becoming a low-end TE2 at his floor and a high-end TE2 at his ceiling.

The Eagles defense has been shutting down their opponent’s offenses so far this season only allowing an average of 12.2 fantasy points per game to quarterbacks. I understand Murray is highly valuable at the position he plays due to his athleticism and ability to run the ball, but this is an unfavorable matchup for him this week. At best, I would only expect Murray to put on a decent performance again this week possibly scoring at least 15 fantasy points which is not fantastic by any means for a starting quarterback. My recommendation is if you can stream a quarterback this week who has a favorable matchup to do so instead of starting Murray in a bad matchup.

It seems as if the Commanders offense has completely shut down including their running game where they were inefficient in their week 4 loss against the Cowboys. Gibson carried the ball 13 times totaling 49 yards in a horrendous performance. This is the second week, in which the Commanders have not been able to run the ball efficiently. I do not expect things to get better as the Titans only allowed Colts running back Jonathan Taylor to rush for 42 yards on 20 carries. Antonio Gibson is a sit this week again in the Commanders week 5 matchup against Tennessee.

The latest breaking news is the Pittsburgh Steelers have decided that rookie quarterback Kenny Pickett will be the starter moving forward. I’m not surprised as I thought it would happen by at least mid-season, but I wasn’t overly excited by his performance last week against the Jets. Unfortunately, Pickett threw 3 interceptions on 10 attempts which is absolutely not acceptable and will cause his receivers’ performances to tumble. In their week 4 loss against New York, Johnson only recorded 2 receptions for 11 yards. I do not see this getting better any time soon as the Steelers travel to Buffalo to face one of the best defenses in the league in week 5. My recommendation is to bench Johnson this week.

Pitts has been extremely underutilized this season, which is unfortunate because he is a tremendous talent. Pitts only secured 1 target for 25 yards in the Falcons win over the Browns in week 4 which saw the Falcons run the ball over 30 times. In a very unfavorable matchup against the Buccaneers defense, my recommendation is to sit Pitts this week as I believe quarterback Marcus Mariota will not be able to get the offense going as running back Cordarrelle Patterson is on injured reserve with a knee injury for at least the next four weeks.