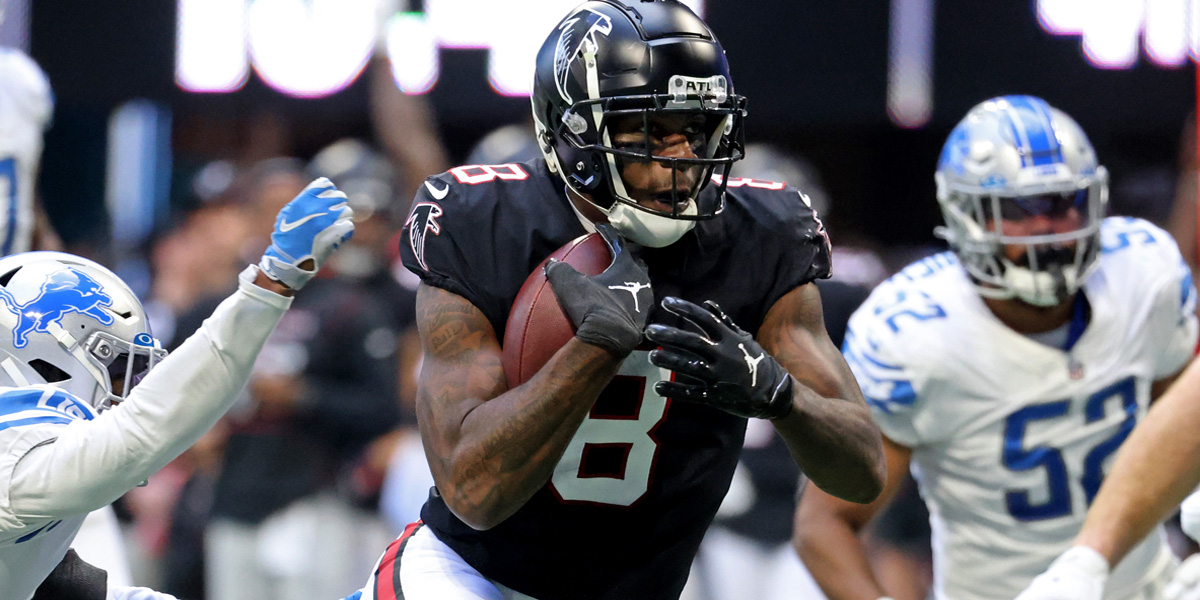 First and foremost, I would like to congratulate everyone who won their matchup and offer my apologies to those who did not. As we reach midseason, there are many questions fantasy football team owners are pondering such as how the return of DeAndre Hopkins affects the Arizona Cardinals, is Tom Brady finally washed, or will the Eagles win the Super Bowl this year. There are many questions that will be answered toward the end of the season, but here we are only concerned with players to start and sit for week 7, as we take it one week at a time, especially after witnessing a wild week 6 that in my personal opinion was one of the most bizarre weeks in recent football history. Here are my recommendations for start/sit week 7.

This marks Prescott’s first official week back since suffering a thumb injury in the Cowboys week 1 loss to the Buccaneers. The Cowboys crashed back down to Earth after losing to the Eagles in their week 6 matchup, thus ending their four-game winning streak with backup quarterback Cooper Rush who performed well while Prescott was recovering. In a favorable matchup against the Detroit Lions who allow on average 24.8 fantasy points per game to opposing quarterbacks, I don’t think there is any reason to doubt this will only be a warmup game for the returning quarterback. Prescott has shown that he has superstar potential and is looking to capitalize on his team’s success this season by earning the trust of his teammates again and proving to the world that the Cowboys are back and for real this time. The last time we saw the Lions play was in week 5 in their ridiculous loss to the New England Patriots where quarterback Bailey Zappe completed 17/21 passes for 188 yards and scored 1 touchdown. The Cowboys offense is more explosive and has more playmakers than the Patriots at this point in time, as I expect Prescott to become a solid QB1 if CeeDee Lamb is fully healthy and ready to go, and if not, then Prescott is a low-end QB2 at his floor and a high-end QB2 at his ceiling against Detroit.

I was surprised that Etienne Jr. led the team in carries after the offense seemingly trusted fellow running back James Robinson to be the lead back and pass catcher. In week 6 we saw Etienne Jr. rush for 86 yards on 10 carries and catch 2 passes for 22 yards in the Jaguars loss to the Colts. Naturally, this was expected as the entire offseason fantasy football owners wondered when Etienne would become the starter, my guess is now we have the answer. I’m in favor of starting him in this matchup against the Giants who allowed Ravens running back Kenyan Drake to rush for 119 yards on 10 carries, averaging 11.9 yards per carry, and score 1 touchdown in the Ravens unexpected loss to the Giants in week 6. The Giants defense on average allows 16.0 fantasy points per game to opposing running backs which is why I expect Etienne Jr. to become a solid RB2 this week against New York.

It looks like it is the Bailey Zappe era in New England for the moment and this is why Meyers made it to this list. Zappe has shown major interest in throwing to the veteran receiver who leads the team in targets with 31 and recorded 4 receptions for 60 yards in the Patriots lopsided win against the Browns in week 6. The Bears have shown some life in their defense, but not enough to earn the trust of any fantasy team owner, resulting in a favorable matchup for the New England Patriots receiver who should not have a problem scoring double-digit numbers. Meyers has earned the trust of the offensive coordinator Matt Patricia and has become in sync with his new starting quarterback in Zappe, thus Meyers having a good season which was talked about during the offseason. I expect Meyers to become a low-end WR2 at his floor, and a high-end WR2 at his ceiling in week 7 against Chicago.

Honestly, I was a bit surprised to see the Falcons beat the 49ers this past week, especially because I felt that the Falcons were not capitalizing on Pitts superstar potential. I’m glad to see that Pitts played a crucial role in the Falcons win over the 49ers in week 6 where he secured 3 receptions for 19 yards and scored 1 touchdown. Pitts has a favorable matchup against the Bengals who allow on average 7.0 fantasy points to tight ends which isn’t bad by any means. I expect the Falcons’ momentum to run into next week where Atlanta looks to defeat the reigning AFC Champions. Watch for Atlanta’s offense to start incorporating the young tight end into their offense more and more every week, resulting in Pitts putting up solid numbers towards the second half of the season when playoffs will be near. Pitts has a good chance of becoming a solid TE2 against Cincinnati in week 7.

Jackson has underperformed as of late only averaging 176 yards passing and 1 passing touchdown in his last three performances. I do not see the grass getting any greener on the other side this week in a tough matchup against the Browns defense where they only allow 17.4 fantasy points to opposing quarterbacks. I understand that Jackson has the ability to extend plays and run with the ball, but with the likes of Myles Garrett and Jadeveon Clowney coming for his neck on every play, I wouldn’t put all of my eggs in that basket this week. Do not take week 6’s loss against New England too seriously as the Browns defense is solid and a good passing defense. Again, week 6 was absolutely wild, and week 7 will show that teams will start to come back to reality. As a result of this very unfavorable matchup, I would sit Jackson this week against Cleveland.

The Bengals offensive line officially cannot be trusted again this season. First, I thought it was growing pains due to the new acquisitions and coaching changes but that wasn’t the case. The offensive line needs to be wiped out completely at the end of the season and replaced with a new one as they cannot protect their star quarterback nor help their running back play efficiently. Mixon is a phenomenal talent, but the main reason why he is not playing well this season is mainly due to the struggling offensive line, plus I believe Mixon is still dealing with the ankle injury that he suffered earlier in the season. I would recommend based on the situation and the fact that the Falcons completely decimated the 49ers rushing attack only allowing 49ers running back Jeff Wilson Jr. to rush for less than 30 yards last week, to sit Mixon this week against Atlanta.

Is Metcalf even a consistent WR1 anymore? Let me ask you, the fantasy team owner that question. In my personal opinion based on the statistics that have been presented to me, the answer is no. Once a solid superstar with Seattle under Russell Wilson’s offense, Metcalf has all of a sudden become a big question mark. Metcalf’s performances have come and gone the entire season, as I also can blame that on the questionable offensive play calling and mediocre quarterback play with Geno Smith only showing up for a few games. It is a shame because Metcalf has only been in the league for a few years, and I feel as if his talent is being wasted. I hope the Seahawks offense starts rolling again with their two solid receivers between Metcalf and Lockett, but for now, I wouldn’t count on it. Against a tough Chargers defense that has defensive end Khalil Mack and safety Derwin James on the other side of the ball, I would have Metcalf sit this one out this week until the Seahawks offense starts to pull themselves together.

Word on the street is that starting quarterback Carson Wentz underwent successful surgery on a fractured finger on his throwing hand on Monday and is expected to return in about four weeks. In the meantime, veteran quarterback Taylor Heinicke will take over the offense again as he once did last season. Against a tough Packers secondary, I do not expect things to go so well for the Commanders offense as the Packers defense only allow an average of 16.6 fantasy points per game to opposing wide receivers and are looking to make a name for themselves after an embarrassing loss to the New York Jets in week 6. McLaurin is a fantastic receiver, but when he is going face to face against one of the best cornerbacks in the league in Jaire Alexander, he is not going to perform well, and as a result, I would recommend sitting McLaurin this week against Green Bay.