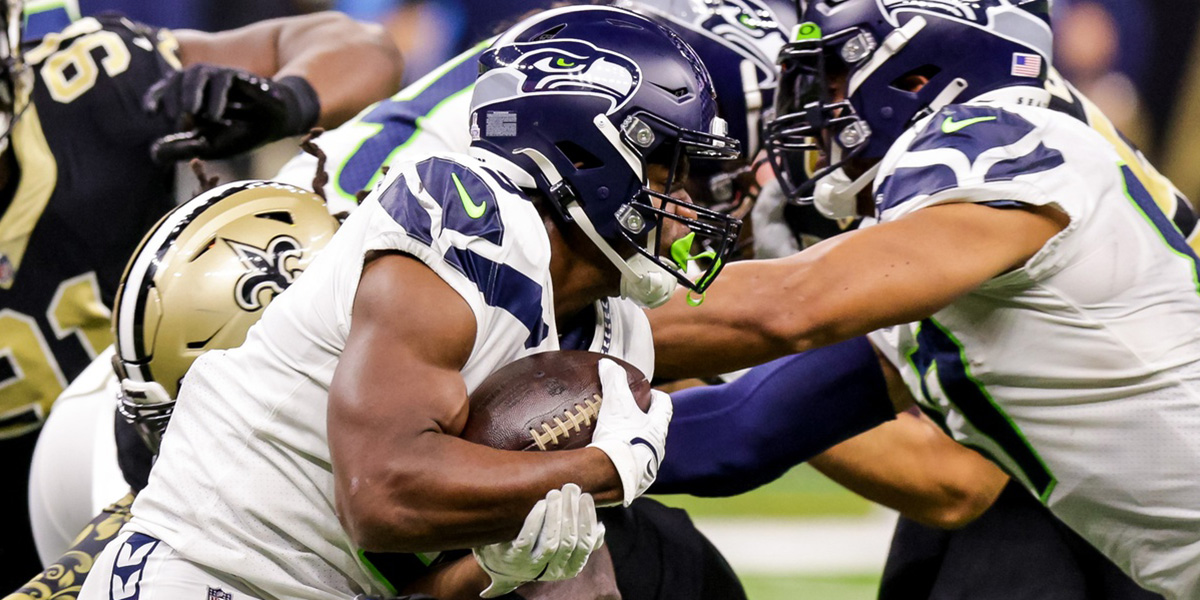 Another week of exciting football action is in the books. I hope all of you are enjoying football action and hot coffee during the Fall season. I also would like to congratulate those who won their matchups last week and offer comfort to those who did not. As it is almost midseason, the matchups are becoming more important as fantasy owners are competing for their shot at a playoff spot to win their league championship. Here are my recommendations for start/sit week 6.

Garoppolo played well Sunday afternoon in the 49ers victory over the Carolina Panthers, completing 18/30 passes for 253 yards and scoring 2 touchdowns. Since he was elevated to the 49ers as the starting quarterback after the unfortunate injury to Trey Lance, the 49ers offense has seen a spark this season as shown in their dominant victory this weekend putting up 37 points. The Falcons allowed Buccaneers quarterback Tom Brady to complete 35/52 passes for 351 yards and score 1 touchdown in their controversial loss to Tampa 21-15 this past Sunday. It was a poor showing for the Falcons defense as they have proven to become one of the weakest pass defenses in the league, allowing quarterbacks to score an average of 21.4 fantasy points per game. This is a favorable matchup for the veteran quarterback who I expect will be a low-end QB2 at his floor, with the potential of becoming a high-end QB2 at his ceiling in week 6 against Atlanta.

It seems as if this was eventually inevitable as fellow running back Rashaad Penny’s injury history is nothing new. Penny’s injury is the opportunity Walker III needed to showcase his talents as a potential top running back in the National Football League. The Michigan State graduate was one of the highest-rated running backs in the 2022 NFL Draft and he showed why when he rushed for 88 yards on only 8 carries, averaging 11.0 yards per carry, and scored 1 touchdown which was phenomenal in the Seahawks loss to the Saints Sunday afternoon. On the other hand, the Cardinals allowed Jalen Hurts and Miles Sanders to rush for a combined 119 yards with Hurts taking in both touchdowns himself. Since the Seahawks offensive gameplan does not involve the quarterback rushing for touchdowns, there are plenty of opportunities for Walker III to score a plethora of fantasy points this week. I have no doubt that Walker III will score double-digit numbers in a very favorable matchup against the Cardinals defense who on average allow 15.8 fantasy points per game to opposing running backs. Walker III is a low-end RB1 at his floor, and a high-end RB1 at his ceiling.

It wasn’t the greatest game in the world for the Buccaneers who have not performed their best on offense for a little while as they only put up 21 points against a weak Falcons defense during their week 5 victory. Godwin recorded 6 receptions for 61 yards averaging 10.2 yards per reception which wasn’t bad considering he is returning from a torn ACL that occurred late last season. Against a Steelers defense that was obliterated by the Bills allowing them to put up 432 passing yards and 4 touchdowns, I expect the Buccaneers offense to put on a good performance allowing Godwin to score double-digit numbers with the potential of becoming a solid WR2 for fantasy teams in week 6.

Hurst had himself a day recording 6 receptions for 53 yards, averaging 8.8 yards per carry, and scoring 1 red zone touchdown in the Bengals loss to the Ravens on Sunday. I expect a similar performance against the Saints defense who allowed Ravens tight end Mark Andrews to secure 8 receptions for 89 yards, averaging 11.1 yards per reception, and score 1 touchdown. I expect Hurst to perform well as he is a crucial part of the Cincinnati offense, especially in the red zone where he was utilized well last week and should continue to be a threat in the red zone to opposing defenses and is a solid TE2 this week against New Orleans.

Herbert did not perform great against the Browns where he completed 22/34 passes for 228 yards and scored 1 touchdown in the Chargers victory over the Browns 30-28. The reason the Chargers won their game on Sunday is because running back Austin Ekeler absolutely lit up the Browns defense rushing for 173 yards on 16 carries, averaging 10.8 yards per carry, and scoring 1 touchdown in his dominant performance. The fact that Herbert is still nursing his fractured ribs is concerning to me because honestly, he should be resting and healing, but that is not the case. In week 6 in an unfavorable matchup against the Broncos defense who on last Thursday night scored 15 points against the Colts offense in what many called the game “one of the worst games in the National Football League’s history.” I do not expect Herbert to perform well this week against the Broncos defense who consistently play well against opposing quarterbacks allowing them to only score an average of 11.2 fantasy points per game.

The Cowboys consistently stop the opponents running game and only allow opposing running backs to score an average of 11.8 fantasy points per game. Unfortunately, along with sharing carries with quarterback Jalen Hurts who carried the ball 15 times rushing for 61 yards and scoring 1 touchdown in an exact split with Sanders who also had 15 carries rushing for 58 yards and not scoring any touchdowns, I would sit Sanders in this horrendous matchup. In this situation, I would recommend either starting a running back on your bench or picking one up off the waiver wire if Sanders is one of your starting backs.

The Jaguars offense started off hot to begin the season where Kirk was playing fairly well consistently scoring double-digit numbers weekly. That has seemed to fall off as of late as the veteran receiver only caught 1 pass for 11 yards in the Jaguars loss to the Texans 13-9 Sunday afternoon. There is no excuse for the poor performance the Jaguars put on Sunday as the Texans defense is one of the worst defenses in the league. This week does not get any better for the Jaguars offense as they face a tough Colts defense who on average allow opposing wide receivers to score an average of 14.2 fantasy points per game. I recommend sitting Kirk this week against Indianapolis.

The entire Rams offense has fallen apart this season after their historic championship run. All of the offense players expect wide receiver Cooper Kupp who is force-fed the ball constantly by quarterback Matthew Stafford have been fantasy football duds. Last week against the Cowboys defense, Higbee recorded 7 receptions for only 46 yards. On average, the Panthers only allow 5.0 fantasy points per game on average to opposing tight ends which is another reason to bench Higbee this week in an unfavorable matchup. If you do not roster another tight end, I would recommend picking one up off the waiver wire or in free agency who has a good matchup this week.