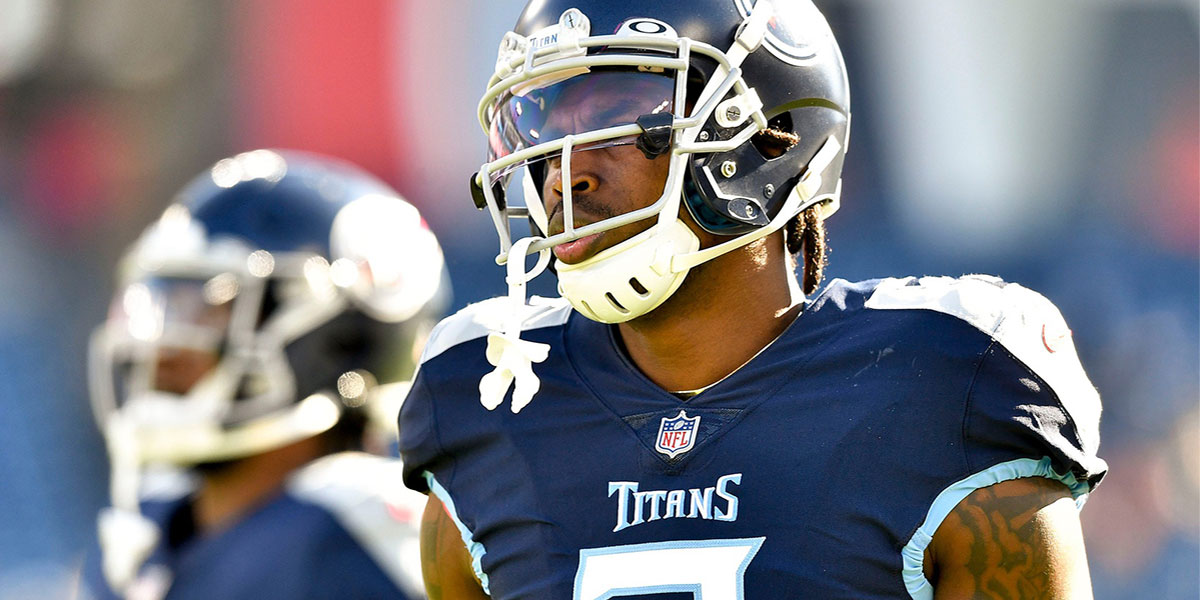 For many, we are in the first week of the fantasy football playoffs. That means each lineup choice has that much more behind it and everyone counts that much more in a do-or-die situation for a lot. With that, let’s dive in and look at the players to start and sit for this weekend.

In his second start, Hill proved to be money again for those playing him in fantasy. He didn’t throw a touchdown with only 175 passing yards but he did have 75 rushing yards and two touchdowns on the ground. Perhaps more importantly, he didn’t have a turnover after throwing four interceptions in his last start. Especially with Alvin Kamara back, the Saints’ offense appears to be performing better than it had even with the lack of reliable pass-catchers. He now faces a tough test in the Buccaneers’ defense but they have been generous when it comes to fantasy scoring for opposing quarterbacks. They have given up the third-most fantasy points-per-game (PPG) to opposing quarterbacks this season and have given up 300+ passing yards and three total touchdowns to two of their last three opponents (including 105 rushing yards and a touchdown to Josh Allen on Sunday). Hill has been a top-10 quarterback through both starts and he’s expected to be in that range once again.

Despite the continuous calls for Garoppolo to be benched for Trey Lance, Garoppolo has performed well as of late with 296+ passing yards and two touchdowns in two consecutive games. He now has his full complement of weapons back in Deebo Samuel, George Kittle, and Brandon Aiyuk as the 49ers’ offense appears to be humming along with a 27.66 points-per-game average over their last three. They now face the Falcons, who have been giving up a lot of fantasy points to quarterbacks this year. They’ve given up the second-most fantasy PPG this season to opposing quarterbacks and have allowed five of their last six opponents to score at least 19 fantasy points. Garoppolo is a high-end QB2 with top-12 potential in a very good match-up.

Wilson played in his best game in week 14 since coming back from his finger injury with 260 yards passing and two touchdowns with no turnovers. Granted, it was against the Texans, but it was a good performance from Wilson nevertheless. He has thrown two touchdown passes in each of his last three games but this was his first since returning with 250+ passing yards. He hasn’t lit up the scoreboard despite having one of the best wide receiver duos in Tyler Lockett and D.K. Metcalf. He now faces a Rams’ defense that has held three of their last five opposing quarterbacks to two or fewer total touchdowns. With now every team off of bye and Wilson just simply not playing as well as he was at the beginning of the season, there should be higher ceiling options than Wilson this week.

Foreman is the 1A of a three-headed running back group between him, Dontrell Hilliard, and Jeremy McNichols. Foreman led the group in rushing attempts and had two targets as well. Hilliard didn’t see nearly as many opportunities (six to Foreman’s 13) and McNichols had eight carries but he saw most of the work in the fourth quarter with the game already in hand. Foreman scored the only touchdown at the running back position and nothing seems to suggest he won’t be the top option moving forward. He now faces a Steelers’ defense that has given up 30+ half PPR fantasy points to three running backs in their last four games. He has a chance to blow up especially if T.J. Watt can’t play. He’ll be a low-end RB2.

This recommendation is more dependent on Damien Harris’ status for week 15 as he exited week 13 with a hamstring injury. Even if Harris does suit up, Stevenson has standalone value going forward. He has no lower than 46 rushing yards in each of his last five games and he has 62+ in four of them. In his lone start with Harris out, Stevenson had over 20 touches, 100+ scrimmage yards, and two touchdowns. So if Harris does sit out, Stevenson is an almost automatic top-12 option against a Colts’ defense that got torched by Leonard Fournette for 131 scrimmage yards and four touchdowns in week 12. The Colts have given up at least 67 scrimmage yards and/or a touchdown to an opposing running back in four of their last five games. Stevenson is a mid-tier RB3 if Harris suits up and a low-end RB1 if Harris is inactive.

This has little to do with the matchup as it’s actually a solid matchup for the Jaguars. This has more to do with Robinson’s current situation as he has 14 combined carries for 28 scoreless yards in his last two games. The Jaguars’ personnel decisions have been nothing less than questionable and Robinson has had to suffer because of it. Even with the plus matchup against the lowly Texans, it’s just so hard to trust what Urban Meyer and the Jaguars will do. Robinson played the Texans earlier this season and only had five carries for 25 scoreless yards in their week one matchup. At this stage, Robinson has to be benched until we see something more from him.

In his first game back since returning from injured reserve, Jones paced all Titans’ wide receivers with six targets, four receptions, and 33 yards. His six targets were almost as much as every other wide receiver on the team combined (seven). Even without a full complement of snaps, Jones made an impact and will look to be on the field even more in week 15 as Tennessee continues to fight for their AFC South lead. The Steelers have been struggling as of late and have given up 50+ receiving yards to four different wide receivers along with four touchdowns over their last three games. They have given up 36+ points in two of their last three games. This is expected to be a much more competitive game than the Jaguars, so the Titans’ passing offense will likely need to be involved all game. Jones will have an upside WR3/FLEX in this matchup.

Bateman had the best game of his rookie season in week 14 with seven receptions for 103 yards on eight targets against the Browns. He tied with Marquise Brown for the second-most targets on the team after having no catches on one target in his last game. Even with Lamar Jackson out, the Ravens almost came away with the win and the success of their passing game was a big reason for that. He now faces a Packers’ defense that has given up seven touchdowns to opposing wide receivers over their last three games. They’ve also given up 75+ receiving yards to six different receivers during that span as well. Bateman is in a terrific spot to build off of his career game, especially if Jackson doesn’t play and Tyler Huntley is under center again.

Even with Metcalf seeing eight targets in four of his last five games, he hasn’t been able to produce on the scoresheet. He has no touchdowns over his last five games and has only garnered 50+ receiving yards once during that time as well. He did have a touchdown called back in week 14, so he had opportunities. But this passing offense is going through Tyler Lockett (and Gerald Everett to a lesser extent) right now and now Metcalf faces a Rams’ defense that has only given up two touchdowns over their last five games to opposing wide receivers. Considering Metcalf has eight touchdowns on the season and only three games with 75+ receiving yards in 2021, he almost needs to score a touchdown to live up to his lofty expectations in fantasy football. Metcalf is a high ceiling, low floor WR2 at best in week 15.

Coming off a bye week and in the home stretch of “must-win” games for the Dolphins, they face the lowly Jets in week 15. They are just one week removed from giving up 105 receiving yards and two touchdowns to Dallas Goedert and now face a big threat in Gesicki. He has been in a little bit of a slump with no touchdowns over his last six games but he does have 48+ receiving yards in four of those six games. He also has seen six targets in all but one of those games and that’s including an 11-target game in week 13 even with DeVante Parker and Jaylen Waddle active. The Jets still managed to let Nick Vannett accumulate 44 yards against them in week 14. Gesicki is in a potential smash spot this weekend as a top-eight tight end.

With Davis Mills under center again, Jordan had his most targets (seven) of any game this season. He came away 26 yards and a touchdown on four receptions in week 14 and now faces a soft Jaguars’ defense this weekend. While the Jaguars have only allowed one touchdown to opposing tight ends in their last five games, that has more to do with opposing teams running up the score early on them and not needing to pass the entire game. They’ve still managed to give up 45 yards or a touchdown to a tight end in all but one of their last four games. With a matchup between two of the worst teams in the league, we could perhaps see a high-scoring affair like their week one matchup earlier this year (Texans won 37-21). Jordan has settled in as one of the top red-zone targets for Mills and that could be valuable this weekend.

Pitts has certainly seen plenty of targets this season with at least six of them in all but two of his games. However, he still has only one total touchdown and one 75+ receiving yard performance this season to show for it. He’s simply not making a lot of big plays in a severely anemic offense. He has only cleared 50+ receiving yards once over his last four games and now faces a 49ers’ defense that has only given up one touchdown to an opposing tight end over their last five games. They’ve also only allowed one tight end to go for 30+ receiving yards during that time. In what could be a very rough day for the Falcons against a tough 49ers’ defense, Pitts’ fantasy outlook is not looking good this weekend.