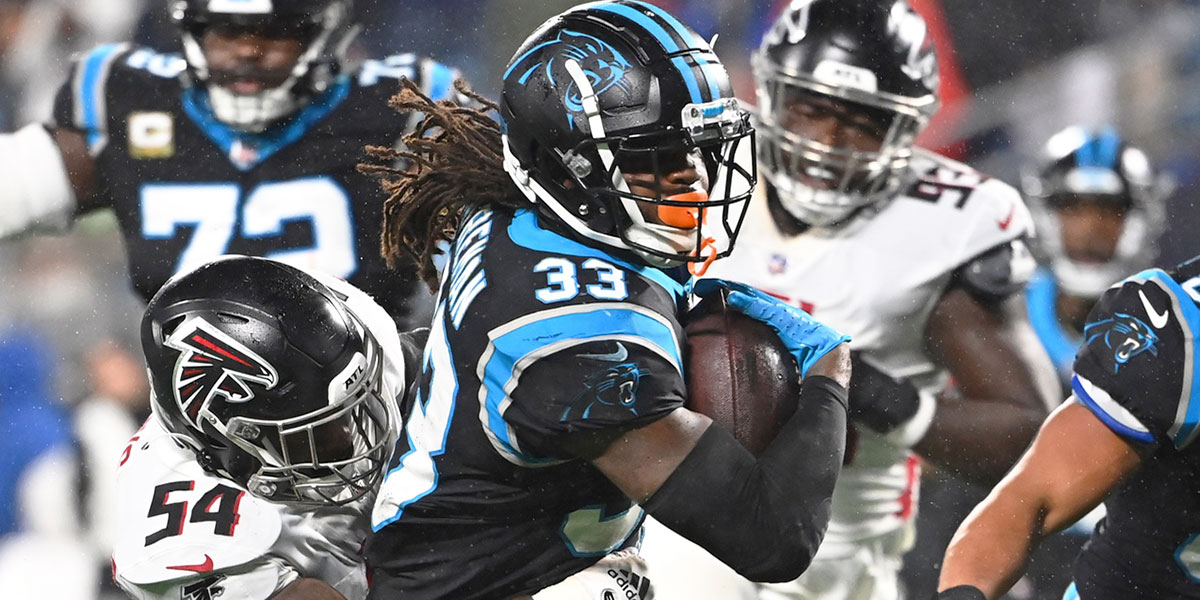 Welcome to the last week of regular season fantasy football. I honestly cannot believe we are already at the end of the season as I clearly remember each game during week 1 this year. Now that the end is almost near, here are my recommendations for start/sit week 14. Can you believe it’s already December? Soon you’ll be shopping for gifts for football fans and adding eggnog to your glass.

Cousins played fairly well for the Vikings as he led them to victory against one of the better pass defenses in the league last week in the New York Jets, completing 21/35 passes for 173 yards and scoring 1 touchdown. I expect him to perform much better against one of the worst passing defenses in the league in the Detroit Lions that allows on average 25.5 fantasy points per game to opposing quarterbacks which ranks the worst overall. Cousins has the potential to become a low-end QB1 in week 14 against Detroit.

Smith played lights out last week in their win against the Los Angeles Rams where he completed 28/39 passes for 367 yards and threw three touchdowns. Smith also led both of his star receivers Lockett and Metcalf to put on dominant performances for their fantasy owners, with 27.8 and 26.7 fantasy points in PPR leagues respectively. Against the Panthers that on average allow 17.5 fantasy points to opposing quarterbacks, I expect Smith to put up higher fantasy numbers, almost comparable to this past week in week 14, becoming a high-end QB2 at this floor, and a low-end QB1 at his ceiling. On a side note, if your starting quarterback is injured going into your fantasy postseason, Smith is definitely one of the top choices in free-agent quarterbacks that could lead you to a championship trophy.

The Broncos have been struggling offensively, specifically in their passing game, so a potential breakout game could arise from Murray as he contains the explosiveness to run over the defense during the course of a game. Against the Chiefs defense which is not one of the strongest running defenses in the league that allow on average 15.8 fantasy points per game to opposing running backs, I could see Murray becoming a potential low-end RB2 or flex play for fantasy owners who need a player to stream this week.

I’m really excited for the reincarnation of Foreman as he faces the defense that is now notoriously known for allowing Raiders running back Josh Jacobs to score an 83-yard rushing touchdown to lose an overtime game they should have won. Breaking news around the league that may or may not be shocking to fantasy owners and football fans is that former Panthers quarterback Baker Mayfield was released per his request on Monday morning. This could affect Foreman’s game in a positive light as he will most likely receive more touches. I expect Foreman to become a solid RB2 against Seattle’s defense that on average allows 21.1 fantasy points per game to opposing running backs.

Smith looked like he was having fun with his old college buddy and fellow teammate quarterback Jalen Hurts as he caught 5 passes for 102 yards and scored 1 touchdown in the Eagles win over the Titans last Sunday afternoon, helping the Eagles retain dominance in the East improving their record to 11-1. This Sunday, the Eagles will be traveling to New York to take on the Giants who are coming off of a tie to the Commanders in week 13, to face their NFC East rival. I expect Smith to perform well against the Giants defense that allows on average 17.2 fantasy points per game to opposing wide receivers, allowing Smith to become a solid WR2 once again for fantasy owners in week 14.

Burks is finally coming into his own at the end of the season as he has 25 receptions totaling 359 yards, has scored 1 touchdown in his rookie season, and is looking to gain momentum going into the postseason. The Titans are leading the AFC South with a record of 7-5 hoping to clinch a playoff berth in the final weeks ahead. In a favorable matchup against the Jaguars, which are one of the worst passing defenses in the league allowing on average 22.1 fantasy points per game to opposing wide receivers, Burks has the potential to become a high-end WR3 at his floor, and a low-end WR2 at his ceiling in week 14.

Despite the lack of offensive execution on the Steelers offense, they still somehow won against the Atlanta Falcons in week 13. The only bright light that still shines for their offense is their young receiver Johnson who recorded 5 receptions for 60 yards, and helped the Steelers in crucial moments of the game. I expect the Steelers offense to perform better as a whole unit in week 14, enabling Johnson to become a solid WR2 against the Ravens defense that on average allows 21.4 fantasy points per game to opposing wide receivers.

Henry’s week 13 fantasy numbers are collateral damage from a poor offensive performance from the New England offense that struggled against the Bills where they lost 24-10 last Thursday night. Honestly, I am not too worried as the Patriots are traveling on the road against the Cardinals which are one of the worst passing defenses in the league, allowing on average 11.4 fantasy points per game to opposing tight ends. As a result of the fantastic match-up, I expect Henry to become a high-end TE2 at his ceiling with the potential to become a low-end TE1 in week 14 against Arizona.

Mahomes did not play as well as expected only posting 19.8 fantasy points in standard leagues against the Bengals defense which helped defeat the red-hot Chiefs, ending their five-game winning streak. Against the Broncos defense that on average only allows 13.0 fantasy points per game to opposing quarterbacks, I recommend sitting Mahomes in favor of a quarterback with a better match-up.

McCaffrey led the 49ers backs in touches with a total of 66 rushing yards on 17 carries in their win over the Dolphins last Sunday. It wasn’t a great performance to be completely honest, and I am concerned about how McCaffrey will perform against one of the top 5 rushing defenses in the league in the Buccaneers on Sunday, which is why I am recommending fantasy owners to sit him in an unfavorable match-up in week 14.

Waddle was completely nonexistent on the Miami offense the entire game during Sunday’s match-up against the 49ers as he recorded just 1 pass for 9 yards. Honestly, I do not have a clue as to why Waddle was not more involved in the passing game for the Dolphins, which is absolutely concerning to fantasy owners this late in the season. I am recommending sitting Waddle this week in a tough match-up, especially after witnessing last week’s disaster.

The second-year tight end played relatively well last Sunday in Pittsburgh’s win over the Falcons recording 3 receptions for 76 yards. Unfortunately, the match-up against the Ravens is not optimal in that the defense only allows on average 6.0 fantasy points per game to opposing tight ends. I am recommending sitting Freiermuth in favor of a more favorable streaming option such as Gerald Everett, Austin Hooper, or Foster Moreau.