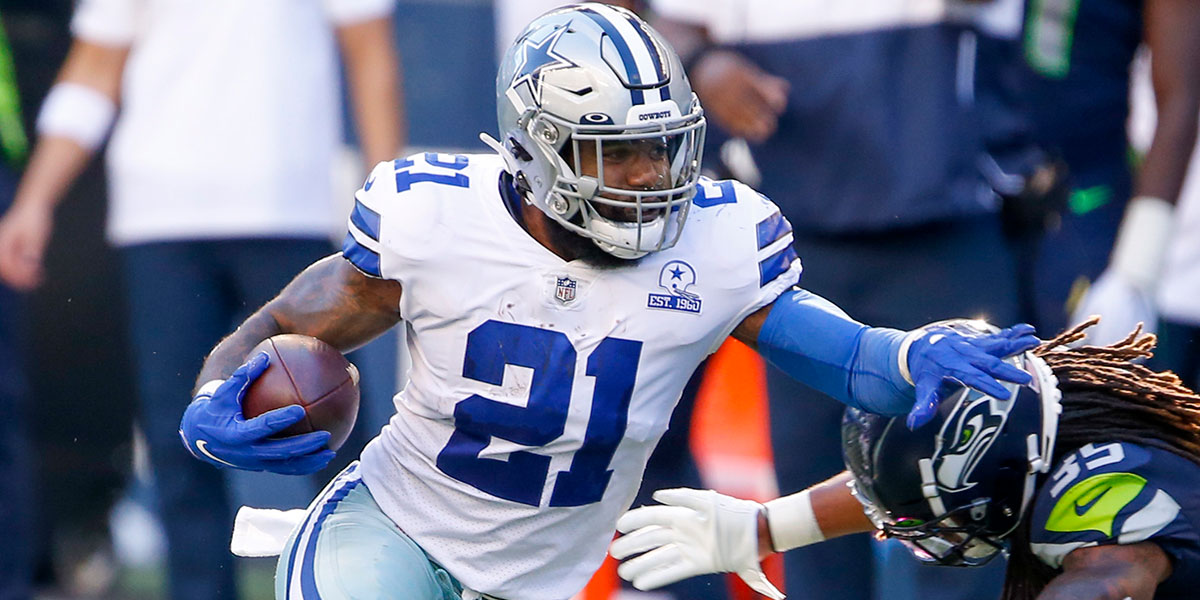 At the start of week 13, fantasy owners are setting up their rosters to finish out the final few weeks of the season in preparation for the post-season where fantasy champions will be crowned. For anyone fighting for a playoff spot, these final few weeks are crucial for your team to win your remaining regular season games to clinch a playoff spot. Here are my recommendations for start/sit week 13.

White was named the starting quarterback for the Jets after they suffered an embarrassing loss to the Patriots in week 11. As the starter in week 12, White completed 22/28 passes for 315 yards and tossed 3 touchdowns in the Jets win over the Bears improving their record to 7-4. In a matchup against the Vikings where White will remain the starting quarterback for the time being, I expect him to perform well against the Vikings defense that on average allows 21.3 fantasy points to quarterbacks becoming a solid QB2 in week 13.

In week 12 the Rams defense allowed Chiefs quarterback Patrick Mahomes to throw for 320 yards on 27 completions and score 1 passing touchdown. On Tuesday afternoon we were informed that star defensive tackle Aaron Donald suffered a high ankle sprain during the game. If Donald is to sit out of the week 13 matchup against Seattle, this would be a huge blow to the defense, potentially allowing Seattle’s offense to work wonders against the secondary without a heavy pass rush. Smith will be ready to face the defending Super Bowl champions after Seattle lost a close game in overtime to the Raiders in week 12 where he threw 328 yards and scored 2 touchdowns on 22 completions. I expect Smith to become a solid QB2 in fantasy leagues this week against Los Angeles.

On Thanksgiving, the Giants vs Cowboys game set a record for the most watched regular season game ever to date with the game drawing 42 million viewers on Fox. On Thanksgiving, Elliott rushed for 92 yards on 16 carries and scored 1 rushing touchdown in the Cowboys win over the Giants. I expect Elliott to play relatively well again against the Colts defense that allow on average 15.1 fantasy points per game to opposing running backs. The Colts defense has not been playing their best game of football consistently allowing running backs to score double-digit fantasy numbers, where I expect Elliott to easily become a solid RB2 in this matchup.

The rookie running back has taken the reigns of the backfield after Leonard Fournette suffered a hip injury a few weeks back. In week 12 in a surprising loss to the Browns, White lead the backfield in carries and rushed for 64 yards on his 14 carries, but unfortunately did not score a touchdown. This week, I’m a little more optimistic about his performance as he will look to rebound from the bad game, along with the rest of the offense aside from receiver Chris Godwin who posted WR1 numbers. I expect White to become a high-end RB3 with the potential to become a low-end RB2 in week 13 against New Orleans.

After hearing that Steelers running back Najee Harris suffered an abdominal injury on Monday night in their loss to the Colts, I believe the Steelers offense will look to throw the football more against a weak Falcons passing defense. Pickens has been picking up steam as of late where he is consistently receiving targets and is due for a breakout game. This may be the week that Pickens steps up and takes advantage of the opportunity, where he is playing against a Falcons defense that on average allows 24.0 fantasy points per game to opposing wide receivers, potentially becoming a low-end WR1 in this fantastic matchup.

Olave has been the most consistent wide receiver on the Saints offense so far this season leading the receiver room with 92 total targets. I do not expect that to change this week as he will continue to receive a fair number of targets against a beat-up Tampa Bay defense. In the Saints shutout loss to the 49ers, Olave recorded 5 receptions for 62 yards, which was unfortunate for the rookie as he is the shining star on this offense. In week 13, Olave will return to form where he is facing a Tampa Bay defense that on average allows 19.3 fantasy points per game to opposing wide receivers, enabling him to become a solid WR2 as usual.

I honestly thought Everett was going to post better numbers than he did in week 12 as the matchup against the Cardinals was one of the best that a fantasy owner could ask for, but I am chalking that up to quarterback Justin Herbert missing a few reads to his tight end and consistently throwing to running back Austin Ekeler on check downs. In week 13 against the Raiders, I fully expect Everett to receive a good number of targets against a poor defense that on average allows 7.7 fantasy points per game to opposing tight ends, allowing him to become a solid TE2 in week 13.

Moreau is a touchdown monster as of late, as that is the 2nd touchdown in three games. Moreau is a crucial key piece of the Raiders offense where he is targeted consistently, recording at least 3 receptions a game.  I expect that trend to continue as he faces a Chargers defense that on average allows 7.6 fantasy points to opposing tight ends allowing Moreau to become a solid TE2 in week 13 against Los Angeles.

Burrow faces a tough matchup as the Chiefs defense has been on a roll lately containing offenses in crucial times. Burrow only threw for 270 yards and scored 1 touchdown on 22 completions against one the weakest defenses in the league, and as a result, I do not see him doing anything spectacular against the Chiefs defense. My recommendation is to sit Burrow in week 13 against Kansas City.

Kamara has not been receiving the amount of touches that we are used to, and as a result his volume has significantly dipped. In week 12 he only touched the ball 7 times producing 13 yards, and officially became a dud for fantasy owners. In another tough matchup against the Tampa Bay defense that on average allows 13.4 fantasy points per game to opposing running backs, my recommendation is to sit Kamara in week 13.

Lamb performed well on Thanksgiving against the Giants where he posted double-digit numbers for fantasy owners in week 12, but will not perform as well in a bad matchup against the Colts defense. It seems as of late that the Cowboys offense has revolved around the running game with Ezekiel Elliott and Tony Pollard becoming one of the best running back duos in the league. The Colts defense on average allows 13.8 fantasy points per game to opposing wide receivers sitting at the top of fantasy points allowed against the position. I do not like this matchup against one of the best pass defenses in the league, and as a result, I recommend sitting Lamb in week 13.

Andrews has been bouncing on and off of the injury report the past few weeks and as a result, fantasy owners are hesitant to start him. In the Ravens matchup against the Jaguars where they lost 28-27, he recorded 4 receptions for 50 yards which is way below expectations for the star tight end. Against the Broncos defense that on average allows 5.5 fantasy points per game to opposing tight ends, my recommendation is to sit Andrews in week 13.