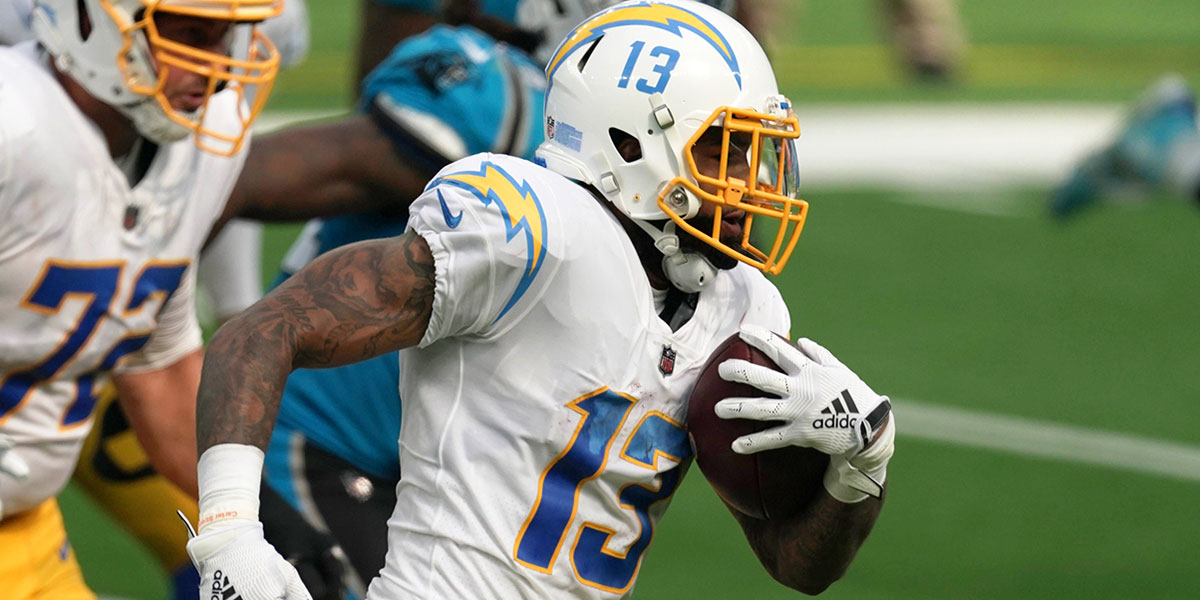 Thanksgiving is almost here, filled with pumpkin spice, leaves changing colors and falling off the trees, turkey and mash potatoes, and family and friends spending time together, which makes it all that much better. The end of the season is near, and chances of making the playoffs are the main focus of fantasy owners, so we need to be careful of who to start and sit. Here are my recommendations for start/sit week 12.

Finally, Carr and company were able to close out an exciting game against one of the better pass defenses in the National Football League. The game ended when the veteran quarterback threw to a wide-open Davante Adams for the game-winning touchdown in overtime last Sunday afternoon leading the Raiders to a 22-16 victory over Denver. To my surprise, Carr played well completing 23/37 passes for 307 yards and throwing 2 touchdowns to his favorite receiver Davante Adams. The Raiders offense looks to build on their victory from a week ago when they face the Seawhawks defense who on average allow 19.9 fantasy points to opposing quarterbacks enabling Carr to become a solid QB2 in week 12.

Honestly, all I can say is wow. I did not expect the Cowboys to absolutely dominate the Vikings on both sides of the ball. Prescott played a brilliant game of football completing 22/25 passes for 276 yards and throwing 2 touchdowns, both of which were to running back Tony Pollard who is also finally coming into his own. Against the NFC North New York Giants defense which has been in a little bit of a slumber these past few weeks, I expect the veteran quarterback to perform at a high level once again on Thanksgiving becoming a solid QB2 in week 12.

The last time we saw Wilson Jr. he exploded scoring 20.2 fantasy points in standard leagues and 22.4 fantasy points in PPR leagues in week 10. The most recent news is that backup running back Raheem Mostert was not seen at practice so far this week. If Mostert somehow does not play Sunday against Houston, Wilson Jr.’s value skyrockets. I am in favor of starting the explosive running back in a very favorable match up in which the Texans defense allows 25.3 fantasy points to opposing running backs and ranks the worst in the league. I expect Wilson Jr. to become a solid RB1 in week 12.

With Gus Edwards still out due to a hamstring injury, Drake is worth taking a look at as your RB2 or flex in deeper fantasy leagues at the current moment. Drake rushed for 46 yards on 10 carries in Baltimore’s victory over Carolina 13-3 this past Sunday. Even though the numbers look horrendous, Drake led the team in carries which could result in higher volume over time. I do not expect the Ravens rushing game to perform worse than they already have, allowing the Ravens running game to finally have an identity like they did on November 7th against the Saints where Drake rushed for 93 yards on 24 carries and scored 2 rushing touchdowns. I fully expect Drake to score double-digit fantasy numbers against the Jaguars defense only allows on average 16.0 fantasy points per game to opposing running backs in a favorable matchup.

Allen’s first game back from injury actually wasn’t all that bad. He played a significant number of offensive snaps and recorded 5 receptions for 94 receiving yards in the Chargers loss to the Chiefs in week 11. This past Monday night the Cardinals suffered a huge loss to the 49ers in Mexico City allowing Allen to come into week 12’s matchup with high expectations. On average the Cardinals defense allows 18.6 fantasy points per game to opposing wide receivers enabling Allen to become a solid WR2.

I’ve been very impressed the Peoples-Jones as he has become a viable pass-catching option for quarterback Jacoby Brissett this season. Last week he recorded 5 receptions for 61 receiving yards, averaging 12.2 yards per reception, and scored 1 touchdown in the Browns loss to the Bills. Against the Buccaneers defense who is coming off of a bye week and that allows on average 19.0 fantasy points per game to wide receivers, I expect Peoples-Jones to become a solid WR3 or flex option for fantasy team owners in week 12.

Hooper played lights out against Green Bay last Thursday night recording 4 receptions for 36 yards and scoring 2 touchdowns. Hooper has been used as a reliable pass-catching option in the Titans offense which I do not expect to change anytime soon. Against the Bengals defense that on average allows 6.2 fantasy points per game to opposing tight ends, Hooper will continue to see targets becoming a solid TE2 this week against Cincinnati.

In another exciting Thanksgiving matchup, Henry has the potential to see a higher number of targets against the Vikings defense that on average allows 7.5 fantasy points per game to opposing tight ends this season. In a Patriots offense that will be required to play at a high level of performance after last week’s poor offensive performance against the Jets, I believe that New England’s tight ends will be a vital part of the game plan and as a result, I expect Henry to become a solid TE2 in week 12.

Fields has been performing like a top 5 fantasy quarterback the past few weeks, but unfortunately, a shoulder injury that he suffered in week 11 has him labeled as day-to-day. The injury was initially labeled as a left shoulder dislocation, but the Bears denied the rumor. With the status of Field’s injury up in the air, I would recommend sitting Fields in week 11 against the Jets defense who are one of the better passing defenses in the NFL.

This matchup has disaster written all over it. The Titans defense is one of the best rushing defenses in the league and only allows on average 11.6 fantasy points per game to opposing running back. On top of that, Mixon suffered a head injury in week 11 and his status is questionable for Sunday’s game. If he does somehow play, which has been indicated, I would recommend sitting him out in week 12.

No matter how many quarterback changes the Panthers make, it won’t save them for the horrendous year they are having. Unfortunately, Moore is a talented player who has not been able to become a consistent WR1 for fantasy owners due to poor quarterback play. The latest news is that quarterback Sam Darnold is clear to play and will be suiting up as the QB1 this week for Carolina. I do not believe this change makes Moore a starting receiver for your fantasy team all of a sudden. I would recommend sitting Moore this week as he faces the Broncos defense who on average allow 14.0 fantasy points per game to opposing wide receivers which ranks the best in the league.

Hockenson is playing against one of the best passing defenses in the league that only on average allows 3.7 fantasy points per game to opposing tight ends. I would recommend sitting Hockenson this week against Buffalo.