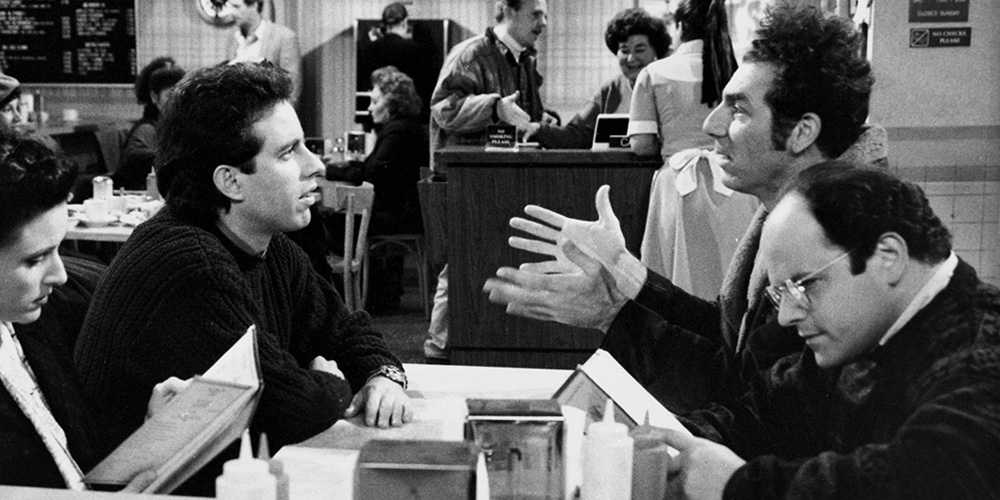 One of the defining television shows of my adolescence and my favorite sitcom of all time is Seinfeld. It aired from 1989 to 1998 and to a large degree shaped how my friends and I spoke and interacted during my high school and college years. To this day, references to the show and random quotes from its 180 episodes are peppered throughout many of my waking hours. The little “show about nothing” was a cultural phenomenon and has held up incredibly well over the years.

But what does this have to do with fantasy football, you ask?!?

Well, Mr. Jerry Seinfeld himself recently celebrated the arrival of Yeonis Cespedes to his beloved New York Mets with a tweet about “a Cespedes for the rest of us”. Like any good fantasy degenerate, that clever play on one of Seinfeld’s more memorable episodes immediately took my mind to funny team names. I wondered how many references to Seinfeld I could come up with by combining what my wife would call an unhealthy ability to quote the show with my love of fantasy football. So, I frantically set out making a list.

I’m honest enough to admit they weren’t all winners (Crazy Joe-mendola?), but below are my top 40 Seinfeld-inspired fantasy football team names for 2015. Whether you’re a huge fan of the show like me or simply someone looking for a little inspiration ahead of the upcoming NFL season, I hope you enjoy reading these as much as I did writing them.

Suggest one, and we’ll add it!