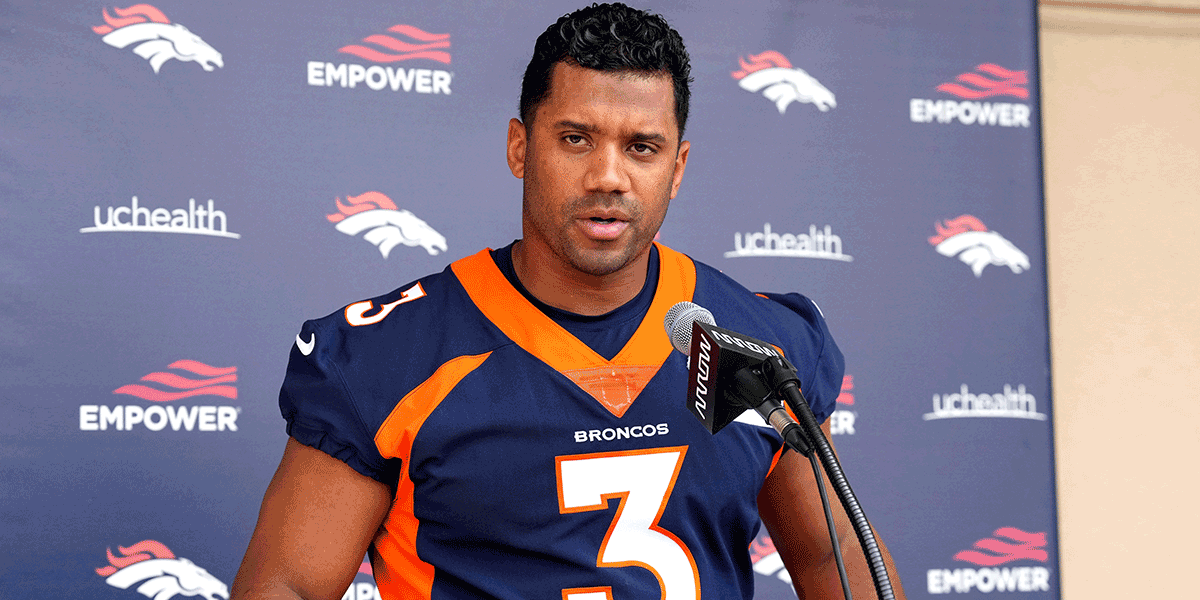 Fortunately for the Denver Broncos, this will be a positive cataclysmic shift in fantasy fortunes for every offensive position.

You aren’t drafting an offensive line position, but you are drafting a quarterback who was under pressure on 37% of his dropbacks last season.

Now he will play behind an offensive line that only allowed 165 total pressures which was 15th best in NFL per Pro Football Focus.

What helps Wilson, helps his wide receivers, tight ends, and running backs, causing a positive impact throughout the Rocky Mountain landscape and beyond.

When talking about wide receivers and fantasy impact the first name most think of is Jeudy.  Perhaps rightly so, Jeudy the 15th pick of the 2020 NFL Draft is the youngest of the (no disrespect to KJ Hamler)

of the potential breakout receiving candidates in Denver.

In the 10 games he ranked in the 96th percentile in separation.

Although his current ADP ranks below Jeudy’s (8.05 to 7.10 respectively), Sutton’s skill set may best mirror Wilson’s talents.  Don’t get twisted, Wilson has demonstrated he can lift more than one wide receiver to fantasy relevance.  Per ProFootballMania, over the last four seasons, Wilson has supported five top 24 finishes in fantasy per points per game at the wide receiver position. Now that his pool of reliable pass catchers has expanded to five (or more), the question is which one will lead.

according to Next Gen Stats, since 2016, ranks first in passes of 20+ air yards.

The forgotten man in all the wide receiver talk is Patrick.  Patrick’s current ADP is 164, that’s too low, for a man who has outproduced Jeudy in fantasy points the last two years.  Patrick has also been consistently targeted in the red zone.

The Denver’s wide receivers are getting an upgrade in quarterback.  It is an upgrade that will reflect positively in your fantasy line-ups if you choose wisely.

Okwuegbunam was in a ‘time share’ with Noah Fant last season.  Fant amassed 90 targets, 15 red zone targets while playing on 86.5% of the offensive snaps.

There are three reasons for optimism regarding Okwuegbunam and one reason to proceed with caution.

Reports from Broncos camp indicate there may be a stiff competition for the starting position.  Rookie Greg Dulcich has impressed in a limited amount of time and Okwuegbunam has had issues with blocking which can potentially keep him off the field.

However, the addition of Wilson increases Okwuegbunam’s fantasy relevance as a target in the red zone with a quarterback who is capable of effectively getting him the ball.

There were to seismic shifts in the running back room.  The acquisition of Wilson and the return of Melvin Gordon.

As succinctly stated in the Denver Post, Hackett and the Denver front office did not make the move to acquire Wilson to watch him hand off.

We have an idea of how the usage of Williams and Gordon will be utilized.  Hackett’s use of dual running backs in Green Bay is a glimpse and we also know how both were utilized last season.

When both were on the field last season:

RUSHING ATTEMPTS INSIDE THE 20-YARD LINE

RUSHING ATTEMPTS INSIDE THE 5-YARD LINE

Although the acquisition of Gordon deflated those who wanted a true three-down running back, there was plenty of fantasy points to go around.

The upgrade in the quarterback position means defenses will not be able to tune-up on the running backs.

The true test will be with the usage of the running backs in the passing game.  Both running backs are effective blockers.  Last season Gordon played on 296 pass plays and Williams 294.

Both backs are capable in the passing game.

Wilson’s positive impact on fantasy football is for the fantasy managers who draft a Broncos’ position player.

Who you draft will depend on the format you are playing and yes, Wilson’s positive impact crosses all the formats.