Here it comes from the Gridiron Experts studio in my apartment, this is The Fantasy ADP Price is Right! The way this will work is I will announce a player, then their ADP according to Fantasy Football Calculator and decide whether or not the ADP price is too high or too low.

The way this will work is I will announce a player, then their ADP according to Fantasy Football Calculator and decide whether or not the ADP price is too high or too low.

This article is an extension of two podcasts in which Mike Rigz and myself, and Anthony Cervino in Episode 9 discuss whether we think a player’s average draft position is too high or too low. Check them out and please subscribe to Gridiron Experts: The Empire Fantasy Podcast on iTunes and Soundcloud.

So it’s time to meet our contestants but before we do pause your DVR and let me explain the rules. The players will be judged in a PPR scoring format and one player from each ADP round will be discussed.  Make sense? Awesome, hit the play button and for people who probably still watch the real Price is Right the button that looks like this “►”. Let’s get this thing started!

Come on Down! You’re the first contestant on The Fantasy ADP Price is Right.

[the_ad id=”63198″]Melvin Gordon was on pace to finish as a top-five fantasy running back before he suffered an injury last season. The main reason for his consistency was his touchdown production.  In the 12 games he played last season he scored a touchdown in nine of them. Gordon has been getting a ton of disrespect in the fantasy community since he had a disappointing rookie season and averaged only 3.9 yards per carry (YPC) last season. What if I told you his yards per carry were so low due to his amount of carries inside the 10-yard line. He had 29 carries inside of the 10-yard line which will really limit a running back’s YPC. Would your mind change on him if I said from his one-yard line to the opponents 20 he averaged 4.4 YPC?

The Chargers made upgrades on offense drafting two stud lineman Dan Feeney and Forrest Lamp with the addition of wide receiver Mike Williams.  If the Chargers score more points which I suspect they do, Gordon will greatly benefit.  The coaching staff believes in Gordon enough to release Danny Woodhead and I am telling you that I believe in him too. 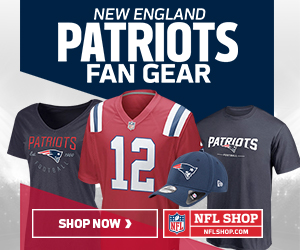 A lot of talk surrounding Cooks this offseason with his move to the Patriots. My opinion about Cooks in this Gridiron Experts article Brandin Cooks Fantasy Value in New England, really hasn’t changed. My main argument is he is leaving the best case scenario for him with the Saints. The Saints led the NFL in pass completions, pass attempts and passing yards last season in the NFL.

Cooks being added to the Patriots is a great real life football move but in terms of fantasy, that price tag is too high for me. Good luck trying to predict when a player on this Patriots offense not named Tom Brady is going to have a good week. I’m not playing Patriots roulette, especially with Cooks considering he had 56 percent of his points in three games last season with the Saints.  To see where I have Cooks ranked for 2017 check out Gridiron Experts Wide Receiver Rankings.

Nobody likes excuses but Allen Robinson deserves an excuse for last season. We know how talented he is, after all, he did lead the NFL in receiving touchdowns in 2015 with 14.  If you honestly can watch the game tape from last season and say he is the reason for his struggles then maybe you’re drinking the Gus Bradley Kool-Aid. Speaking of Bradley did anyone notice the fact that Robinson averaged 7 catches on 12 targets for 115 yards in games not coached by Gus Bradley last year.

I think it’s safe to say Bradley isn’t a good NFL coach considering he has the second worst winning percentage in NFL history with 14 wins and 48 losses or .226%. That’s not going to get it done in any job. Robinson is far too talented to have another season like last year which is why his current ADP is just a little too low for me.

In the games where C.J. Anderson played last season, he averaged 14.6 points a game in PPR leagues. He is currently the 17th running back off the board in drafts. The Broncos upgraded their offensive line getting Ronald Leary from the Cowboys and Garrett Boles in the first round of the NFL Draft. Is that enough to take Anderson in the middle of the 4th round?

For me, I see the upside with Anderson but he just can’t stay healthy.  He played in only seven games in 2016 and battled through injuries in 2015. The Broncos were so concerned with their running back situation that they went out and signed Jamaal Charles.  Also, the Broncos are changing their running game to a power scheme which actually is more suited for Devontae Booker entering his 2nd year. With the possible running back by committee on top of the injury concerns is why Anderson’s ADP is too high for me, especially with him going ahead of receivers like Julian Edelman and Michael Crabtree.

So let me try and wrap my brain around the fact that Eifert is going ahead of Jimmy Graham and Delanie Walker in a PPR league. Eifert has missed 27 games in his first four years and only played in eight games last season. Walker and Graham combined have missed 24 games in their careers. That’s 18 combined seasons.

Also, Eifert is the exact opposite of what you are looking for in PPR leagues considering he has averaged 3.9 catches on 5.7 targets a game in his last two seasons.  His fantasy relevance comes from his touchdowns and in his last 21 games, he has 18 touchdowns. Don’t get me wrong Eifert has great upside but going way too early for my liking.

Getting Ty Montgomery in a PPR league in round six is the equivalent to getting a new car on the Price is Right. Drafters should be jumping and screaming in excitement with that value. He is going behind running backs with major question marks such as Adrian Peterson, Eddie Lacy, and Doug Martin. I understand the Packers drafted three running backs in the 2017 NFL Draft and Jamaal Williams shows promise but how do we not see the upside Montgomery has especially in a PPR league?

The guy can catch the ball, heck he was once a wide receiver and just because he was a wide receiver that doesn’t mean he isn’t a good running back. Yes, we don’t know if he can handle a true NFL running back workload but he did average 5.9 YPC on 77 carries last season. To me, it means he is a good athlete that the Packers want to get involved. Did you know last season in games Montgomery had 11 touches or more the Packers were 7-1?

My last reason why Montgomery should be higher is Aaron Rodgers. I think we are all confident in saying the Packers will be one of the NFL’s best offenses and if I can get the lead running back in an Aaron Rodgers lead offense in round six, sign me up every day.

Blount is now on the Eagles and leaving many fantasy owners scratching their heads wondering what his fantasy value will/should be on draft day.  Last season Blount had 18 touchdowns and that fact alone will push him up fantasy boards. Blount always scores a lot of touchdowns though so he will be fine in 2017 in a PPR league right? Would you believe me if I said before last season Blount’s career high touchdowns in a season was seven in 2013 with the Patriots?  Mind blowing right?

Blount in a standard league is a much better option but considering he has only 46 catches in 100 career games it is safe to say he won’t be making an impact in the Eagles passing game who have good pass catching running backs. With a number of quality players going around that time, I can’t justify drafting Blount at his current ADP price.

For Blount in a PPR league on the Eagles, I might bid $1.

Check out Legarrette Blount in #Eagles Green, the color seems to suit him. pic.twitter.com/7mSql5bygn

Rudolph in the eighth round of a PPR draft doesn’t bother me but personally, I like to wait on tight ends. Last season Rudolph had the third most receptions for a tight end with 83 which makes him valuable in PPR leagues.  He isn’t a sexy pick by any means but he is a quality PPR tight end.  I’m confident he will be viable again because of Sam Bradford.

Bradford set the NFL completion record last season (71.6%). We saw last season Bradford lean on Rudolph and in 2015 he leaned on Zach Ertz with the Eagles. The Vikings won’t have a great offense but if you can find a tight end who catches more than 80 balls in round eight, I’m alright with that price in a PPR league.

Hopefully, my help will get you into the winner’s circle for 2017. Also, folks, I want to thank you for reading my article and please remember to help control the pet population, have your pets spayed or neutered.

Mitchell is working full-time as Senior Writer & On-Air Talent at Chat Sports in Dallas, TX. Mitchell is a Head Writer at Gridiron Experts and Co-Host of the Empire Fantasy Podcast. He also is a featured fantasy writer for the Fantasy Footballers and FantasyPros. Mitchell has a Ph.D. in Fantasy Football so give him a follow on Twitter @MitchellRenz365.