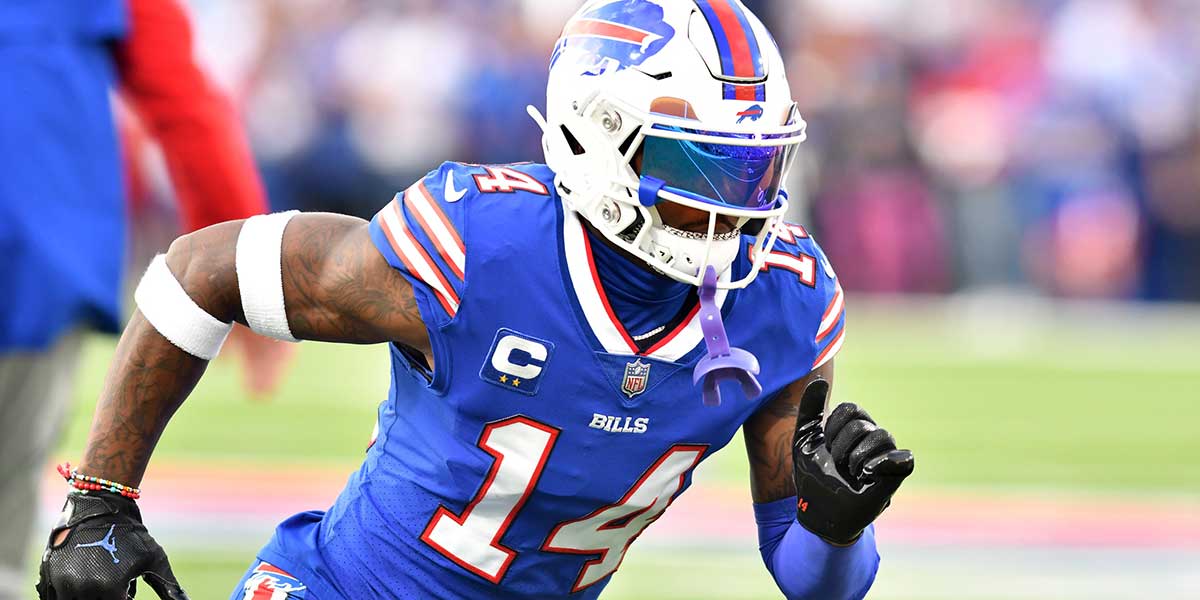 We wrapped up a successful regular season last week finishing at 59% for our Best Bets. We finished second overall against the spread out of 260 experts and actually had more wins than anyone. We also fared well picking games straight up, finishing first in Fantasy Nerds’ annual competition, beating out 50+ experts from some of the biggest media outlets in the country. We’ll continue to publish our Best Bets all the way through the Super Bowl and you can always find all my picks for free right here on Gridiron Experts.

The expanded playoffs, and some key injuries, have brought with them some larger-than-normal point spreads for playoff games. I generally shy away from the higher spreads each week, but not this time. There are a number of true toss-up games that could go either way, but I think the three games with the highest point spreads actually give us the best chance at winning this week.

The line jumped from -10 to -13 after it was confirmed Tua Tagovailoa would sit out and Skylar Thompson would start for Miami. The Thompson-led Dolphins did not score a touchdown last week and gained only 152 yards on 31 passing attempts. They were playing against the 4th-ranked New York Jets defense, so you might forgive the poor offensive showing. However, things don’t get any easier for Miami as they face Buffalo’s 6th-ranked defense. Putting up 11 points can get you a win against the Jets, but it’s going to take a lot more than that to compete with the Bills. The Vegas implied score is 28–15, but Buffalo has put up 30+ points their last three games and I think they’ll do it again this weekend. I don’t see the Dolphins scoring more than 17 points. Thompson has thrown for only one touchdown in 105 attempts this season and it’s unlikely Miami will be able to do much on the ground. As far as the big spread, the favorite has covered 11 of the last 13 playoffs games with double-digit spreads. Sadly for the Dolphins, I expect Buffalo to win this one easily.

If the 2022 NFL regular season taught us anything, it’s to bet on road underdogs. So, naturally, I’m choosing another home favorite this week. But, there are some good reasons to think San Francisco will cover. I’ve had them atop my power ranking for weeks now. They’ve won 10 in a row and have even improved after Brock Purdy took over, averaging 11 more points per game with him behind center. The Seahawks, on the other hand, barely made it to the playoffs and are averaging just 16 points per game in their last four contests. They only scored one touchdown in their two meetings against the 49ers. Geno Smith will be facing constant pressure, which could lead to turnovers against the team with the best turnover margin in the league. Aside from their recent scoring struggles, I don’t think they’ll be able to stop the 49ers’ offense. With Deebo Samuel back, San Francisco has an embarrassment of riches on offense. I expect the 49ers to dominate on both sides of the ball and win handily.

I mentioned earlier that road underdogs have been a good bet this season, winning 54.3% against the spread this season. The Ravens are an especially good bet as underdogs, going 17-4-1 ATS the last five seasons, including covering last week against Cincinnati. Their offense was atrocious, finding the end zone just once and relying on Justin Tucker to keep the game within striking distance. Even their run game, ranked 2nd in the league, only managed a mediocre 112 yards. Without Lamar Jackson, I don’t expect the offense to be considerably better this week. However, I do expect John Harbaugh to make the necessary adjustments so Baltimore won’t have to throw the ball 44 times again. The Ravens will need to rely on defense and ball control to keep it close. I have zero doubt the Bengals will win this game, but I think the Ravens’ defense will be able to slow them down enough to make it respectable. With a game total of 40.5, I just think this spread is too big.