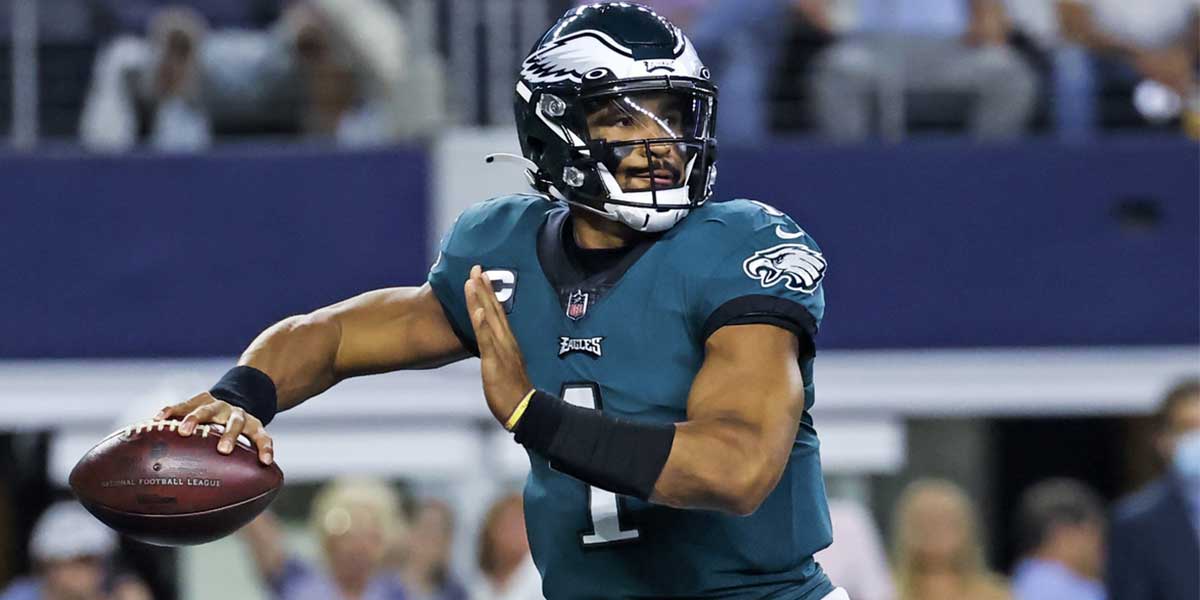 Neither team inspired much confidence in their offenses last week, but Pittsburgh’s defense made the difference in their upset win against the Cincinnati Bengals. However, the Steelers will be without Defensive Player of the Year  T.J. Watt. This is likely the reason New England is the road favorite and the line has continued to move in their favor. Without Watt, it’s reasonable to assume the Steelers won’t be forcing five turnovers this week. In the three games Watt missed last season, Pittsburgh was 0-3 while giving up an average of 30 points per game. I doubt the Patriots will put up 30, but I do expect them to pound the running game and wear down the Steelers defensively. Damien Harris and Rhamondre Stevenson should see plenty of work. The Pats already stout offensive line will be even more effective without having to deal with Watt. On the other side of the ball, I don’t think Pittsburgh’s offensive line can handle New England’s defense. Najee Harris only managed  23 yards on 10 carries against the Bengals last week. This game is tied for the lowest total of the week and I expect it to live up to that. Look for the Patriots to cover in a low-scoring game.

Two teams that entered the season with strong playoff hopes both lost last week and are in danger of starting 0-2. The Arizona Cardinals lost badly to the Chiefs while the Raiders had a shot against a very good Chargers team. Before those games, the Raiders were a 3-point favorite, but the Cardinals’ performance cause an overreaction in the betting markets and moved the line to 5.5 points. That created value for the Cardinals side in a game featuring two fairly evenly matched teams.

Kyler Murray was the NFL’s best deep ball passer last year, according to Pro Football Focus. He should be able to exploit the Raider’s weak secondary and have success getting the ball downfield. The implied total for Arizona is 23 points, which I think should be closer to 27. This game could easily go over the 51.5 point total if Derek Carr can limit his mistakes, unlike last week when he threw 3 interceptions and was third worst in interceptable passes thrown, according to FantasyData.com. I’m expecting a close-game shootout with two motivated teams going all out to avoid going 0-2.

The Eagles and Vikings are both coming off victories in week 1 and showed impressive offensive power in their wins against Detroit and Green Bay, respectively. Kirk Cousins will have plenty of time to throw to Justin Jefferson while facing an Eagles defense that ranked in the bottom 5 of pressure rates. The Vikings improved offensive line also bodes well for their running game. Last week, the Eagles missed a league-high 15 tackles. Dalvin Cook is in for a big day.

The Eagles rushed for 216 yards and four touchdowns last week, while the Vikings gave up 6.6 yards per carry to the Packers. This sets up for another big game for Jalen Hurts and Miles Sanders on the ground. Hurts should also have plenty of success targeting A.J. Brown against the suspect secondary of the Vikings. This game has the third-highest total of the week, so expect a lot of scoring. Ultimately, Hurts is better than Cousins at taking over a game and getting his team in the endzone.

A tale of two fortunes for the Panthers and Giants last week. Baker Mayfield failed to lead his team to a victory over his former team, the Cleveland Browns, as the Panthers lost their 8th consecutive game dating back to last season. The Giants, on the other hand, defeated Tennessee in dramatic fashion as Saquon Barkley finally looks fully recovered after two years of injury-plagued seasons. The Panthers failed to get things going last week against a team most had written off after the Deshaun Watson suspension. They did rally in the 4th quarter, but 75 of Mayfield’s 235 passing yards came on one play to Robbie Anderson. Mayfield couldn’t get the offense started in his first game as a Panther. If he has another bad outing, the overly optimistic fans who rejoiced when Mayfield signed with the team, might be calling for his head. The Giants have a relatively weak defensive unit overall, so there are opportunities for the Panthers to move the ball effectively. They have to get WR D.J. Moore involved in the passing game and find more ways to get the ball to Christian McCaffrey.

The Giants, on the other hand, looked impressive in Brian Daboll’s NFL head coaching debut. Daniel Jones was efficient against the Titans, completing 17 of 21 passes and tossing two touchdowns. He’s not going to have to do any more than that to beat the Panthers. The offense will run through Barkley, who should have a field day. The Browns were able to run for over 200 yards against the Panthers this week and the Giants should be able to do the same with one of the best RBs in the game back to form. The Giants need to contain McCaffrey in order to win, but they successfully kept Derrick Henry in check last week, so it’s not a stretch to believe they can do it again. I’ll take the Giants to cover and start 2-0 for the first time since 2016.