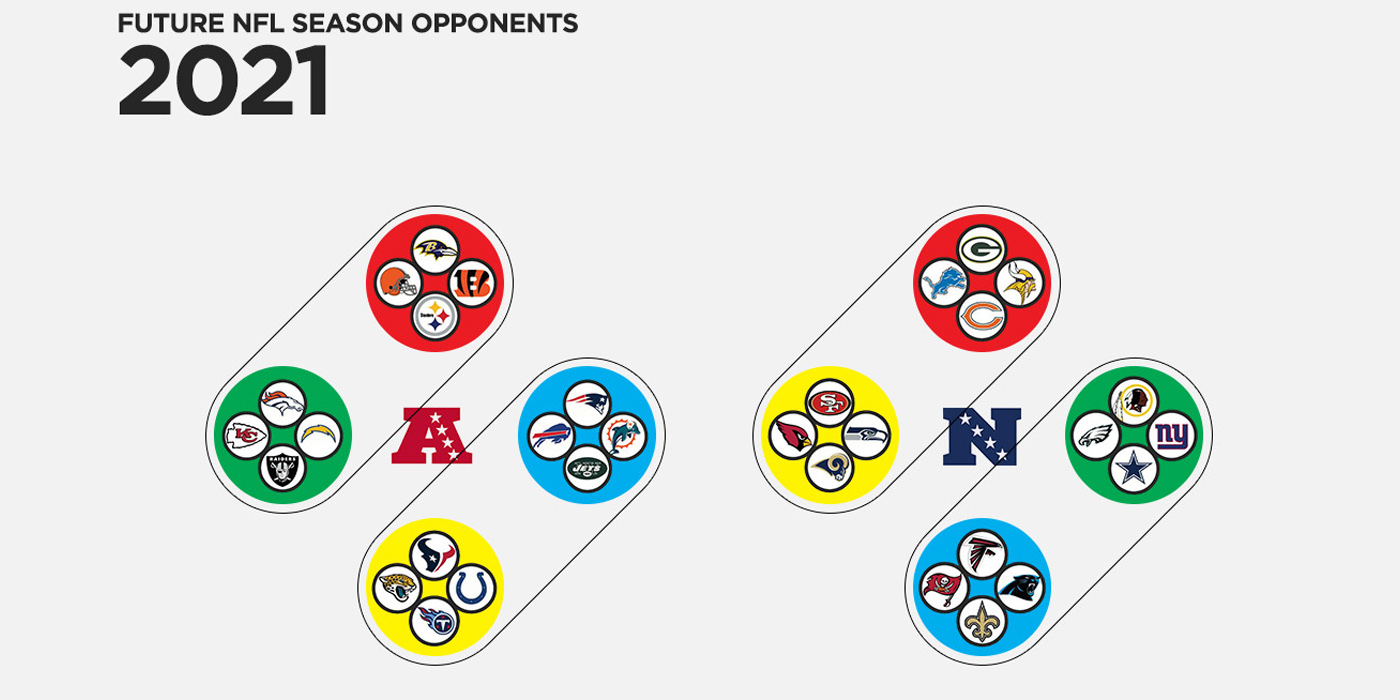 The recent announcement to add an additional regular-season game has many fans excited about the upcoming NFL season. However, the 2021 NFL Schedule will not be released until after the NFL Draft. In years past, pre-Covid days, the NFL Schedule release was a huge day for hotels and airlines. As fans would book trips for away games, even plan vacations around their team playing in a different state. Hopefully, that same hype can still happen next month with the schedule is released in early May

As for the 2021 regular season schedule — here’s what to expect, per Warren Sharp:

To be honest, I’m surprised they don’t want to add a second bye week. It extends the season by one week, allows players extra time to rest or recover from nagging injuries, and allows for more prime-time games.

Starting in 2022, there will be at least 4 games played internationally every NFL season. Over the first eight years of that agreement, the league will select four clubs from the conference that would host nine regular-season home games to be designated to play internationally. That will be the NFC in 2022, AFC in 2023, and so on. This means each NFL team will take a turn to host an international contest once every eight seasons.

You never know, the NFL’s dedication to growing internationally might even see a future game in Australia. Surprisingly, the NFL has an increasing media profile in Australia and there are a lot of fans there. The National Football League is broadcast on both free-to-air televisions through 7mate and subscription television through the Fox Sports and ESPN channels available on Foxtel and Austar, including the Super Bowl live on the Seven Network. If you are in Australia, use Ladbrokes referrer code if you’re interested in betting on NFL games this upcoming season, or on any games this year.

While clubs will not be mandated to play more than one international game per year, they may still volunteer themselves for multiple international contests. This is what the Jacksonville Jaguars have been doing in London with games played every year at Wembley Stadium from 2013.