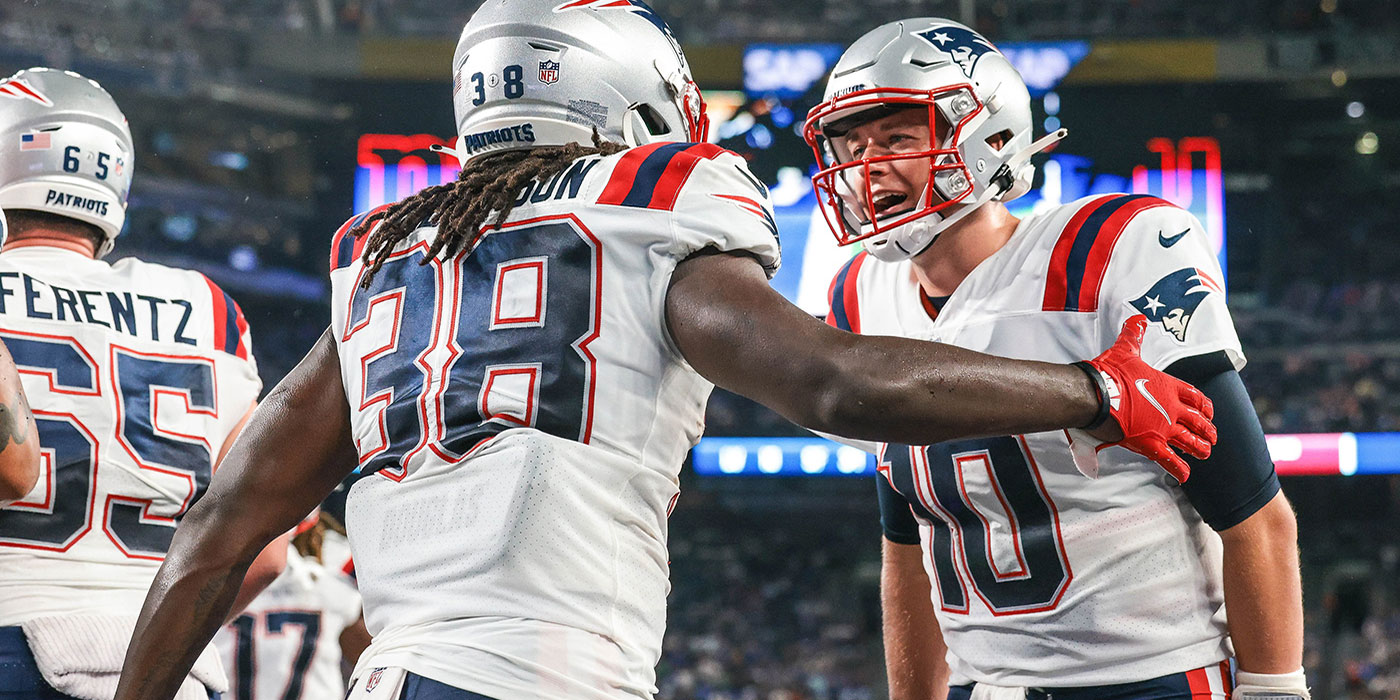 NFL Rookie of the Year Odds

The New England Patriots released veteran Quarterback Cam Newton on Tuesday, shocking the Football world. Newton started 15 games last season for the Patriots throwing for 2657 yards and punching in 20 total touchdowns. He had been battling former Alabama QB, and Patriots first rounder Mac Jones all training camp. While many experts thought there was a chance Jones could get the start, most figured Cam Newton would remain as the backup. The news of Newton’s release definitely rolls out the red carpet for the Mac Jones Era.

Most people make NFL football predictions this week about the upcoming NFL Season and season-long wagers. While some may feel like they would have to have a background in College Football Betting to even think about looking at these odds, but that’s not always true at all. In the NFL, it’s all about wins. If a player like Mac Jones can turn his team around and take them to the New England Patriots to the playoffs, he’ll definitely have a shot at winning the ROTY Award in 2021.

The following are the latest Rookie of the Year Odds. 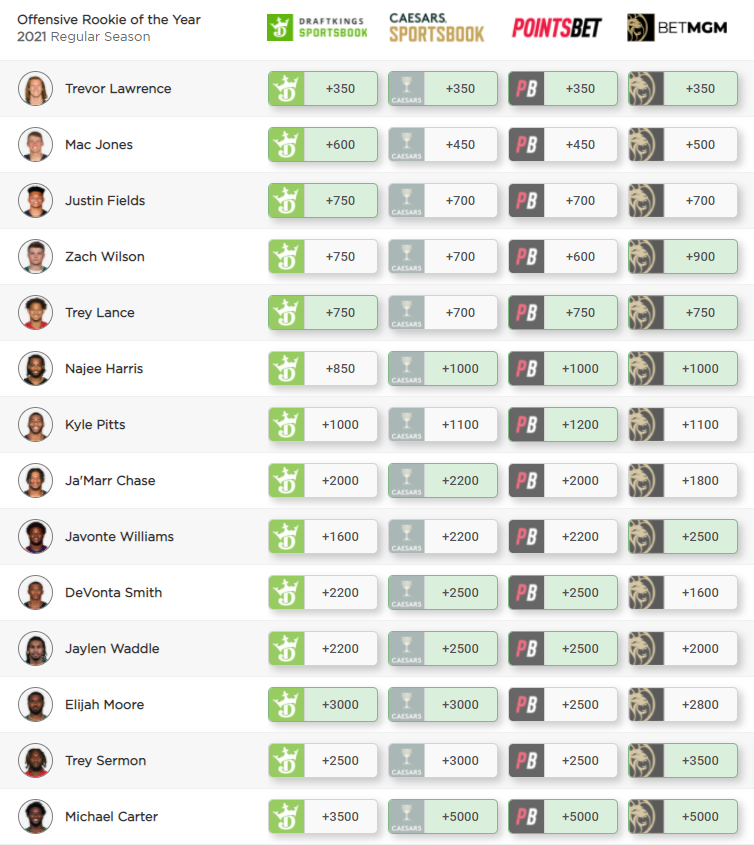 Mac Jones’s odds jumped from +1000 to +600 at DraftKings when news broke of Cam Newton’s release. In actual fact, Newton being the QB2 or being cut really shouldn’t have that much of an impact on Jones’ success, but the hype may have created a frenzy of action that moved his line. Personally, I think he has an excellent shot to win it, and I like the odds, but they were more enticing at +1000.

The man Jones will have to beat is Trevor Lawrence. The Jaguars’ newest QB and the first overall pick in the 2021 NFL draft. The Jaguars have a young team and an experienced college coach that some people think is a little out of his element at the pro level. Urban Meyer has been a College Head coach since 2001 but is going pro in the NFL this year as the Jaguar’s newest head coach. College Football Betting saw a lot of action on the teams Meyer coached over the years. His record of 187-32 is among some of the greatest college coaches of all time. But this is the NFL now, and he will be under fire to not only win quickly but to adapt to the Prostyle.

Trevor Lawrence at +350 isn’t enough for me. The NFL will chew you up and spit you out. Joe Burrow looked like he had the rookie of the year award in the bag until he blew out his knee mid-season.

My Pick: Mac Jones. I think his supporting cast is average at best, which makes his case even more impressive if he can put it all together. Bill Belichick is a clever coach and is looking to rebound after he watched Tom Brady go to Tampa and win a Super Bowl in his first season. I expect the Patriots to be very competitive this season.