For the first time since the beginning of the season, we have a new #1! The top 7 or 8 teams are really starting to separate themselves from the rest of the league, and two of them will match up this week on Thursday Night Football.

The Saints earned the #1 spot in these rankings with their convincing win over the previously undefeated Rams. The offense looked unstoppable, and the defense produced timely stops. The Saints haven’t lost since Week 1.

The GOAT showdown wasn’t nearly as exciting as the Rams-Saints game, but it was a statement win for the Patriots, who looked dominant.

After scoring 35 points in their first loss of 2018, the defense has to be the Rams’ biggest concern. CB Marcus Peters’ recent struggles suddenly magnify the continued absence of Aqib Talib.

The Chiefs eclipsed 30 points for the eighth time in nine games, and QB Patrick Mahomes now has 29 TD passes (on pace for over 51).

The Steelers’ road win in Baltimore was even more convincing than the final score. They now have a short week before a TNF matchup with a formidable Carolina squad.

For the first time years, the Chargers are playing up to their high potential. With a mid-week kicker change and the eventual return of DE Joey Bosa (sorry, Rex), they could still get even better.

Carolina’s offense has looked scary-good for several weeks. Their trip north to face a resurgent Steelers’ defense could produce the game of the week.

A dominant win over the division-rival Lions was a fine way for the Vikings to enter their bye week.

The Eagles return from their bye week to host their arch-rivals on SNF, with newly acquired offensive weapon Golden Tate on display for the first time.

The Bears may as well have put Nathan Peterman and the Bills through tables in the parking lot on Sunday (it may have been less painful). Chicago was dominant on both sides of the ball, and have a chance to all but end the Lions’ playoff hopes this week.

Demaryius Thomas got a win with his new team in his return to Denver, and the once 0-3 Texans are now, remarkably, 6-3 and in first place heading into their bye week.

The emergence of rookie WR Marquez Valdes-Scantling (3-101) was arguably the bright spot for the Packers in an otherwise disappointing loss in Foxborough. Another costly fumble by a running back ensured a 2nd straight loss for Green Bay.

The Week 9 home loss to the hated Steelers dealt a significant blow to the Ravens’ playoff odds, and now the whispers about head coach John Harbaugh being on the hot seat are getting louder. Will rookie QB Lamar Jackson see the starting lineup before the season is over?

The Falcons offense picked up where it left off prior to the bye week. Perhaps more importantly, the defense played well, and the mid-week acquisition of Bruce Irvin should help the Atlanta pass rush.

The Bengals will be without their no. 1 WR for at least a couple of weeks, which is bad news when you’re about to host the Saints. Will disappointing second-year wideout John Ross finally break out in A.J. Green’s absence?

Coming out of their bye week after a disappointing loss in Week 7, the Titans badly needed a win, and their performance on MNF felt like a statement game from QB Marcus Mariota*.

*The Gridiron Experts Staff Chat was quite a read on Tuesday morning: about an hour of intense mockery of Mariota, “trash” memes, etc., followed by a lot of gloating from our resident Titans’ fan.

When forced to play from behind in Week 9, things were very ugly for the Washington offense. Not to be outdone, the Redskins defense gave up chunk plays throughout the game and allowed each of Atlanta’s star players to stuff the stat sheet. 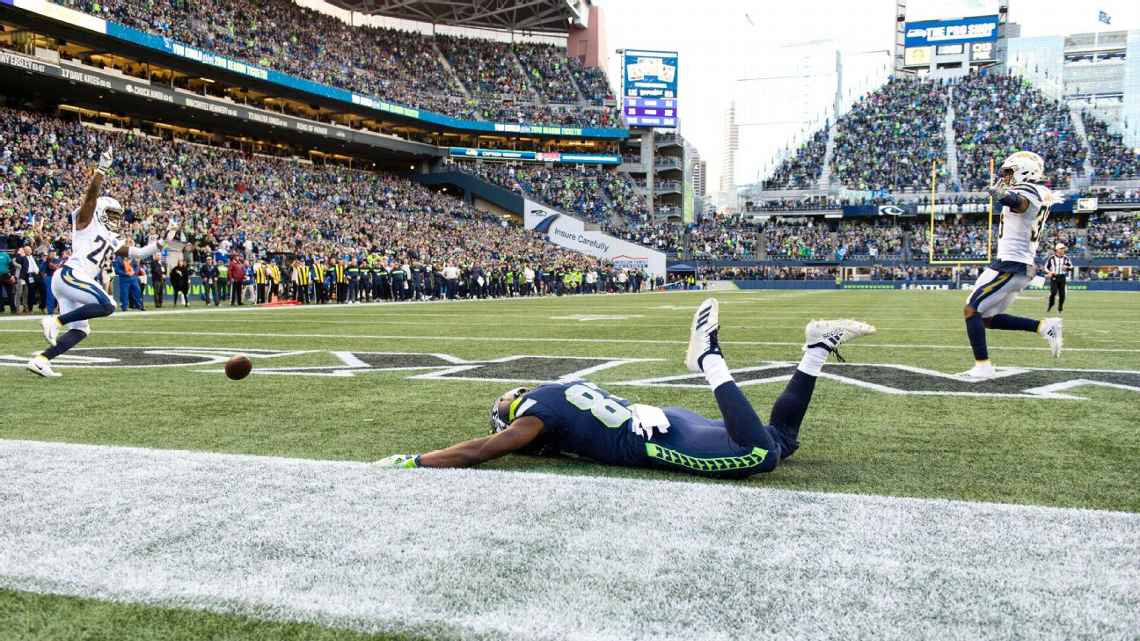 The Seahawks lost a heartbreaker on the game’s final play when it looked like they may tie it late against the Chargers. Seattle committed sloppy penalties and costly turnovers, and they’ll have to eliminate both if they hope to beat the Rams in L.A. this week.

The Week 10 AFC South matchup with Jacksonville is fascinating to me, as it’s a low-key HUGE game. The loser can forget about making the playoffs, and the winner will still have a shot. I like the Colts to get one step closer to .500.

Many questions, few answers so far for the Jags in 2018. Will the defense finally look like the dominant unit it can be? Will we see Good Blake or Bad Blake this week? Is Leonard Fournette ready to return? Is Landry Jones going to see the field at Lucas Oil Stadium this week?

QB Matthew Stafford was sacked a staggering 10 times by the Vikings in Week 9, and head coach Matt Patricia added a sack of his own when he fired the special teams coach after the game.

The 11th sack of their week. https://t.co/Ecv8wKZhzZ

Unfortunately, Week 9’s game script has become a familiar one for the Buccaneers: fall way behind early, then Ryan Fitzpatrick nearly leads the team to a miracle comeback before falling short. The defense remains the biggest problem.

Denver fans had to be frustrated by Brandon McManus missing what would have been a game-winning field goal as time expired in Week 9. They should have been even more frustrated by Vance Joseph’s questionable decision-making, which included settling for said 51-yard attempt instead of trying to get his offense closer in the final seconds.

The Cowboys aren’t going to make the playoffs this year. The biggest remaining question is whether Jerry Jones is angry enough to fire Jason Garrett before the end of the season.

The Dolphins managed to win an ugly game against the Jets without either team scoring an offensive touchdown. Perhaps more surprising: Miami now has a winning record.

After the Browns’ scintillating 16-point loss to the Chiefs, it’s easy to see why teams were beating down the door to hire interim coach Gregg Williams.

Maybe Mike Shanahan really is a quarterback whisperer. Down to undrafted third-string QB Nick Mullens, the 49ers decimated the Raiders on TNF in what will likely stand as a career-game for Mullens (262-3, 151.9 rating). Amazingly, San Fran will be back in prime-time this week against the Giants.

Rookie QB Sam Darnold continues to struggle, particularly with ball security. Suffice it to say that the Jets’ Week 10 game against the Bills will not be flexed into prime-time.

The Cardinals did not lose in Week 9, but even a bye week won’t be enough preparation for them to contain the Chiefs’ offense in Kansas City.

The passes that Nathan Peterman throws have become self-aware and are now turning themselves over.

After their Week 9 bye, the Giants announced that Eli Manning will remain the team’s starting QB…for now.

The Raiders may be the clear worst-team-in-the-league, but that hasn’t stopped them from trying to find new low points on a weekly basis. After an embarrassing loss on TNF, the team released veteran pass rusher Bruce Irvin, who was quickly scooped up by the Falcons.