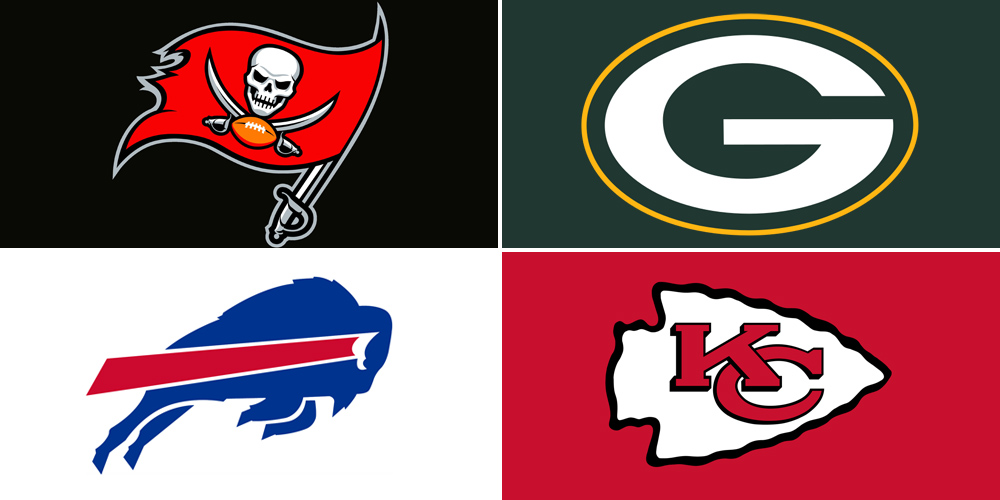 Aaron Rodgers and the Packers were fantastic last Saturday, knocking off Sean McVay and the Rams 32-18. Rodgers looked to be at his absolute best at home, totaling 3 scores on the day. Davante Adams took 9 catches for 66 yards and a score, while Allen Lazard added a long touchdown en route to 96 yards on the day. Green Bay also received a solid performance from Aaron Jones, who averaged 7.1 yards per carry and finished the day with 99 yards and a score. The Packers’ offensive attack was balanced, as usual. Opposing defenses often face a quandary when contending with Green Bay. If they choose to try and shut down Rodgers and Adams by spreading out their defense and lightening the box, then Jones finds plenty of running room behind the elite Packers’ offensive line. On the other hand, if they load up the box to stop Jones, then Adams dominates single coverage and Rodgers finds receivers at will. In short, this offense is dynamic and completely lethal. Defensively, they have the ability to rush the passer and shut down opposing weapons. Their pass rush will be crucial on Sunday, as they’ll need to slow down the greatest Quarterback of all time to give Rodgers and the offense a chance to win.

Tom Brady enters Sunday at 43 years old; but watching him play, you’d think he’s still in his prime. In the Divisional Round, Brady was workmanlike, scoring on two passes and plunging in with one of his patented QB sneaks. Brady’s been armed with a multitude of offensive weapons in Tampa Bay, but none of them were particularly effective last weekend in New Orleans. Cameron Brate actually led the team in receiving with 50 yards. Otherwise, Leonard Fournette had 5 catches, Chris Godwin had 4, and Scotty Miller, Tyler Johnson, Rob Gronkowski, Antonio Brown, and Mike Evans all had 1 catch apiece. That stat line is a testament to Brady’s ability to work through his progressions and keep the defense on its heels. He doesn’t hone in on only 1 WR, but rather spreads the wealth, and keeps his offense dynamic, despite the fact that he’s useless when it comes to rushing the ball. Instead, he executes the same pocket presence we saw for many years in New England, where he had far fewer weapons to work with throughout his tenure. With that said, Antonio Brown is nursing a knee injury. His absence would be significant and is something to monitor in late-week practice reports.

On the ground, Ronald Jones II and Leonard Fournette split the carries almost evenly. Bruce Arians likes to mix things up, as Fournette and Jones both have their strong suits. Brady is no stranger to cold-weather games. With sub-freezing temperatures and a chance of snow in the forecast, football fans are licking their chops at the prospect of Brady vs. Rodgers in the snow for a shot at the Super Bowl. Rodgers reached this game last year and was promptly shown the door. He faces yet another challenge with Tom Brady coming to town here. One major advantage Tampa Bay has is their rush defense. The Tampa Bay front is one of the game’s best and might get a boost with the potential return of Vita Vea. In my mind, the path to victory for Tampa Bay is for their rush defense to do what it does best and shut down Jones, and then for the secondary to contain Rodgers and Adams. Should they be able to inch some safety help over the top of Adams, I think they can limit the damage he does. Then, it’ll be on Rodgers to make a mark with the rest of his wideouts. On the other side, Brady has an offense that can score quickly, and in bunches. Now, it’s entirely possible that Rodgers makes me look stupid here and that the Pack blows the doors off of Tampa Bay… but I feel that Brady’s legacy isn’t quite complete yet. Right now, I’m picturing Tom Brady leading a late scoring drive in the snow to send his team to the Super Bowl. I feel like we’ve seen this movie before… and I like the chances of it happening again. I’ll take the underdog Buccaneers to pull the upset and head home to Tampa to play for the Super Bowl. Buccaneers 28-27.

Kansas City fans are holding their collective breath as they check practice reports this week. After QB Patrick Mahomes II sustained a concussion in the Chiefs’ Divisional Round victory over Cleveland, it became unclear as to whether their franchise QB would be available on Sunday. At this point, after taking all of the reps on Wednesday’s practice, Mahomes seems on track to play… so I’ll operate under that assumption with my analysis here.

Mahomes is undoubtedly one of the most valuable players in the game, and the Chiefs will benefit greatly from his return. TE Travis Kelce and WR Tyreek Hill posted almost identical stat lines in the Divisional Round, combining for 219 yards and a TD on 8 catches each. There’s no doubt that they’re the best receiving tandem in the game, and that teams can’t cover both on every single play. In the backfield, it was Darrel Williams that took the bulk of the carries last Sunday, logging 78 yards on 13 totes. Many expected Le’Veon Bell to play a larger role with Clyde Edwards-Helaire inactive due to his lingering knee injury. Edwards-Helaire has a chance to play this weekend, which would be yet another big boost for the Chiefs. The sensational rookie hasn’t touched the field since Week 15, but even a partial workload would instantly make Kansas City all the more lethal. Defensively, KC shut down Baker Mayfield and the Browns, who had hung 48 points on the Steelers’ top-ranked defense in the Wild Card round. Aiding in that effort was an unbelievable forced fumble on the goal line by Daniel Sorensen. The safety’s play changed the game for the Chiefs, as it took a surefire CLE touchdown and instead made it a touchback, giving the Chiefs the ball back. Additionally, safety Tyrann Mathieu added an interception for this aggressive Kansas City defense. They’ll need to continue this peak play if they want to slow down QB Josh Allen and the Bills. Allen has been fantastic all season and continues to make plays when they matter most. He logged 49 total TD this season and has won 2 playoff games as the leader of this upstart Buffalo squad. Allen has his own elite receiving option in WR Stefon Diggs, who led the league in receptions and receiving yards. In the playoffs, Diggs has amassed 14 catches for 234 yards and 2 TDs in only 2 games. He’ll need to continue his success in Kansas City to give the Bills a chance, as their running game has been nonexistent. With Zack Moss out for the rest of the year, Devin Singletary took 7 rushes for only 25 yards in Buffalo’s divisional-round victory. That said, the Bills’ defense is also peaking at the right time, having held Lamar Jackson and the Ravens to only 3 points last weekend. Taron Johnson’s 101-yard INT return for a touchdown took a potential Ravens score and instead made it a 2-score lead for the Bills. The defense will have to be flawless yet again if they hope to contain Mahomes & Co. In the end, I feel this will be a close game any way you cut it. With Mahomes and Edward-Helaire back from injury, the Chiefs will be at full force for the first time since Week 15. Given that, my largest concern is that the Buffalo secondary doesn’t quite have the weapons to stop both Kelce AND Hill. Kelce should find his holes over the middle and Hill will continue to assert himself as a deep threat. With the KC defense playing the best it has all season, Josh Allen will have to be basically flawless to keep this game in reach. While I think he has the ability to be fantastic, I worry that he doesn’t have enough weapons outside of Diggs to exploit the KC secondary for 4 quarters. Buffalo will make it interesting, but I’m betting on Kansas City to take this one and head to Tampa to defend their title. Chiefs 34-30.