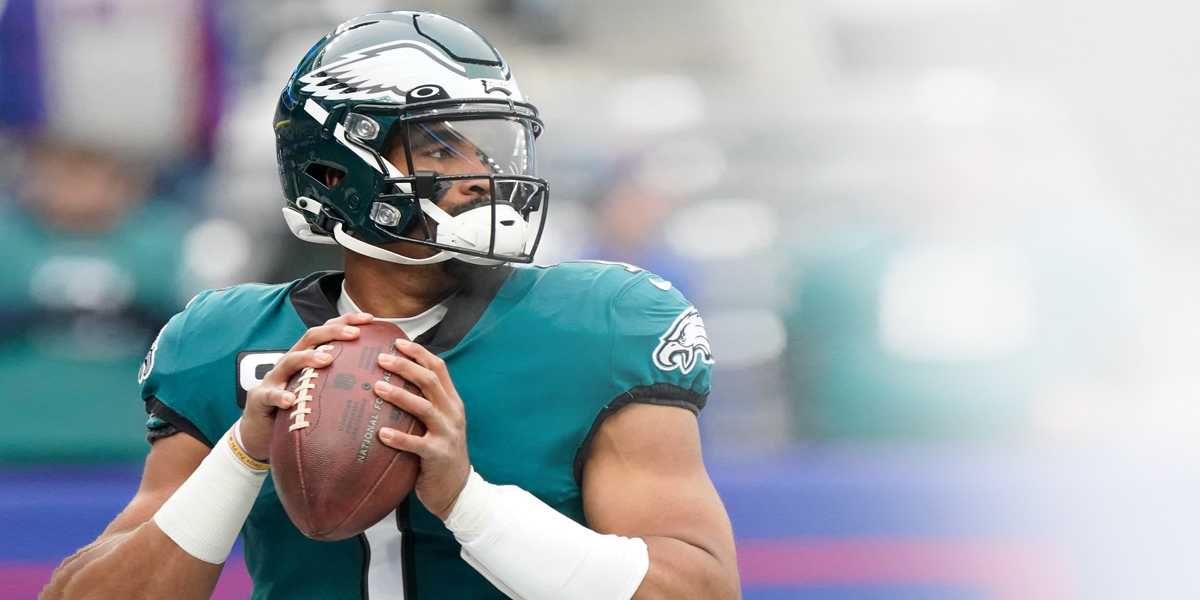 Football is back! After months of waiting, the 2022 NFL season is finally here. The opening week includes five games with a spread of three points or less and has just one game with a point spread higher than a touchdown. This first week will be tough, so I’m not going to go crazy.

That being said, historically, the first week of the NFL season from an odds standpoint is actually in favor of the bettor. Sportsbooks don’t fully have a grasp on the lines giving a huge edge to the public. Although NFL odds often are very close to the final score, we do tend to see more outliers earlier in the season, so you can be optimistic about picking games during week one, but I would advise picking only the games you feel most confident about.

The Eagles are a very popular team this pre-season. The Birds have made a number of moves to upgrade a lot of their personnel. On defense, they have overhauled weak spots and look to challenge opponents and create more turnovers to help set up their young offense in 2022.

Jalen Hurts looks the part and has the heart of Philadelphia behind him, but can he take the next step in becoming an elite quarterback in the NFL?

The Eagles with A.J Brown are definitely in a better position to take more shots through the air. The passing game should involve helping their offensive attack become more balanced this season.

In week one the Eagles play a young rebuilding Lions team that has made a lot of changes themselves. They have a talented young roster that should keep things close in the first half, but I feel the Birds are a year ahead and should be able to handle the Lions’ attack. Prediction: A defensive turnover from Philly will be the turning point in this game.

AFC East battles are usually very tight, low-scoring games that heavily lean on defense. However, I believe this game has been circled on the Dolphins’ calendar since the NFL schedule was released. After two decades of taking a beating from Tom Brady and company, Miami finally has a chance to start the season off right. A home win against the Patriots against second-year Mac Jones is a perfect way to start the season.

The Dolphins have surrounded their young franchise quarterback Tua Tagovailoa with a ton of offensive talent. Look for Tyreek Hill to make an early impact in this game.

Tua only up there cause he never had to play a Patriots team with Tom Brady 🙃 pic.twitter.com/V59kXkTbnX

It’s been a similar off-season for both these teams. With injuries and concerns about the offensive line, fantasy owners have cautiously pushed back on players from both teams. However, as the season approaches the timeline and recovery seem better than the beat writers are letting on.

Not having Left Tackle Tyron Smith for the Cowboys will not be great. Same as the Buccaneers not having Center Ryan Jensen, but both teams have had time to prepare. I believe both teams will make adjustments and adapt to the circumstances.

That being said, I feel the Bucs have too many offensive talents to be stopped. Brady will get the pass out quick and pick apart defenses in 2022, the same way he has always done it. This line seems off to me. – Give me the Bucs and the points.