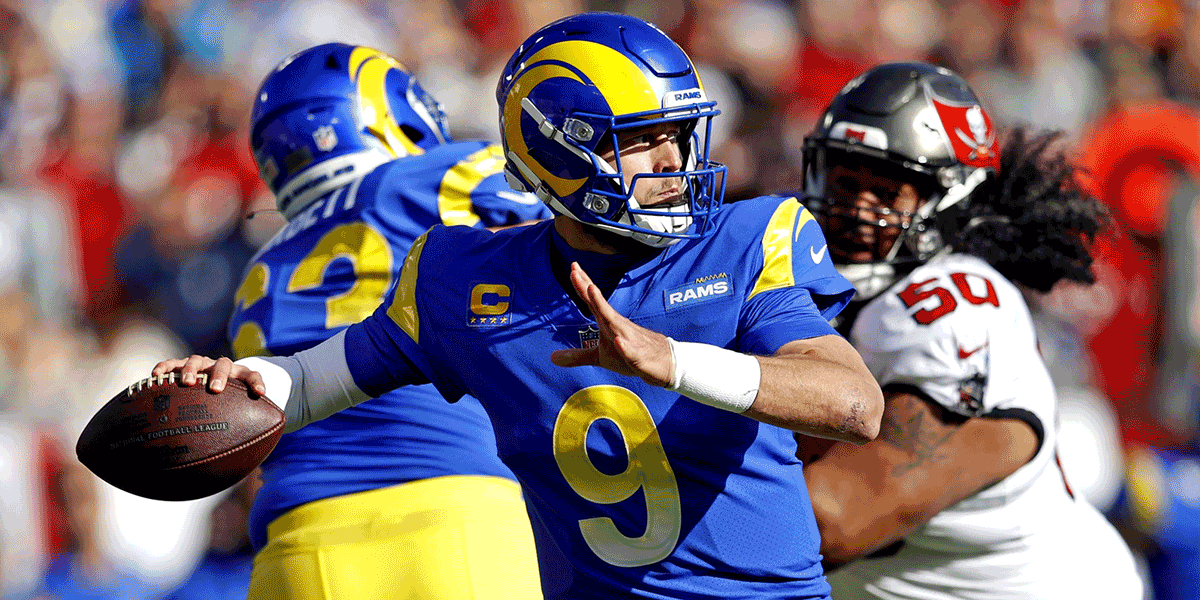 This season, I’ll be providing my picks every week for you, our readers. I’ve been Gridiron Experts’ Pick ‘Em columnist for the past few seasons, and I’m glad to be back at it again! We’re hoping to have even more success this year! Each week, I’ll give you my picks for the Sunday games, and a short write-up centered around the key reason why I’m making the pick that I am. You can also click over to see all our Free NFL picks for the week with more than a dozen Gridiron Experts picking each game.

After an incredibly exciting divisional round, the Chiefs will host the Bengals with the winner heading to the Super Bowl. In a game filled with lead changes and drama, Patrick Mahomes and Kansas City pulled off an improbable comeback to send the Bills packing. Mahomes was incredibly poised, leading a comeback, and a surgical game-winning drive in overtime last weekend. As usual, his two-star pass-catchers, Travis Kelce and Tyreek Hill had big games and clutch scores down the stretch. Hill was able to separate on a long touchdown in the 4th quarter, while Kelce’s catches were monumental during the comeback… not to mention he snagged the Overtime game-winner from Mahomes’ arm. However, Kansas City also received contributions from WR Byron Pringle and RB Jerick McKinnon in the passing game. Mecole Hardman also provided a lift with a huge rushing touchdown and some huge special teams contributions. Kansas City is so dangerous because of their offensive schemes, and Mahomes’ ability to integrate so many different players into their offensive attack. The concern, however, lies with the Chiefs’ defense, which allowed 36 points to Buffalo, and simply could not contain Josh Allen in the second half.

Cincinnati had a far less stellar offensive weekend, but impressed many defensively, forcing 3 turnovers. Mike Hilton and Jesse Bates III made big plays, while Logan Wilson and Vonn Bell were all over the field. DJ Reader played a huge role in containing Derrick Henry. Offensively, Joe Burrow did what he needed to do to win the game for the Bengals. He threw for almost 350 scoreless yards, and his stud WRs, Ja’Marr Chase and Tee Higgins combined for 205 yards on the afternoon. Given Gabriel Davis’ completely dominant performance last week, the Chiefs’ secondary will be on high alert with Chase coming to town. As we all know, Chase has been electric this year, averaging 18 yards per catch, and 13 touchdowns. With how poorly Kansas City defended the deep ball last week, I believe it’s only a matter of time before Chase breaks one on Sunday. The Bengals’ only score on Sunday came from RB Joe Mixon, who made finding the end zone a habit this year, scoring 16 times overall. With that said, Mixon will need to be better on Sunday, as he only rushed for 54 yards in the Divisional Round.

When the chips are on the table, I think that this game will come down to Burrow vs. Mahomes in the 4th quarter. Given the Chiefs’ defensive struggles on Sunday, we can’t discount Burrow’s ability to keep his team in the game here. With that said, I think that I trust the veteran Mahomes to outlast Burrow here. After outlasting Josh Allen last week, Kansas City seems destined to make it to the Super Bowl this year. However, when we consider the spread of this game, I’m not sure I see the Chiefs covering. With Chase and Higgins as big-play threats on the Cincinnati side and the recent success of the Bengals’ defense, I do think that they’ll keep this game close until the end, and within the 7.5-point line. I expect we’ll see the Chiefs make the big dance, but for the Bengals to squeak this one out for underdog spread bettors. Chiefs 33-26.

While the Rams held off a feverish Tampa Bay comeback in the Divisional Round, the 49ers shocked the NFC with their upset of the #1 seed Packers. Kyle Shanahan has taken his 6th seeded 49ers to the NFC Championship, where he’ll face a familiar foe across the field in Sean McVay. San Francisco certainly didn’t light the world on fire at Lambeau last weekend, scoring only 13 points… 7 of which came from their special teams unit. With that said, their defense played phenomenally, containing Aaron Rodgers, while limiting Aaron Jones and Davante Adams. They sacked Rodgers 5 times, with Nick Bosa and Arik Armstead logging a pair of sacks each. Bosa and Fred Warner each forced a fumble, and the aforementioned blocked punt pushed this team over the edge. While many are quick to criticize Jimmy Garoppolo, he managed this game well and didn’t make too many mistakes. Hate him or love him, he’s within a win of his 2nd Super Bowl as a starting QB– not too shabby at all. Shanahan’s offense is run-first. He shared the load between Eli Mitchell and Deebo Samuel last week and received some help from Samuel in the passing game as well. After a rough Wild Card round, George Kittle also rebounded, adding 63 yards receiving. With dynamic options like Brandon Aiyuk and Kyle Juszczyk available to Shanahan and Jimmy G, this 49ers’ offense can keep opponents guessing.

On the other side of the ball, McVay is a win away from his 2nd Super Bowl appearance. With his new QB Matthew Stafford at the helm, McVay has altered his approach from the days of Jared Goff and allows his signal-caller to air it out. Lucky for Stafford, the Rams have the best receiver in football in Cooper Kupp. After a record-setting season, Kupp was the best player on the field in Tampa Bay last week, snagging 9 balls for 183 yards and a TD, and making some unbelievable, clutch catches late to send the LA to the NFC Championship. With defenses honed in on Kupp, the Rams’ secret weapon is WR Odell Beckham Jr. While Beckham didn’t break the game open last week, he did reel in 6 balls for 69 yards and was a huge factor down the stretch for Los Angeles. We’ve seen San Francisco struggle to shut down elite WRs this year at times, and you can bet that McVay will be looking to exploit the SF secondary on Sunday. Outside of Kupp & Beckham, the Rams have incredible depth at the pass-catching positions, with the likes of Van Jefferson and Tyler Higbee available as tertiary options. On the ground, the Rams were graced with the return of Cam Akers for the playoffs. The recovering RB hasn’t quite produced yet but has shown nice bursts on some carries. His issue has been fumbles, though, as he lost 2 against Tampa Bay. McVay seems committed to using Akers, as he’s carried the ball 41 times through 2 playoff games.

The biggest deciding factor in this game will be the Rams’ rush defense. As we know, Shanahan & San Francisco’s identity lies with their rushing attack and he’ll undoubtedly lean on Mitchell & Samuel in this contest. However, with the likes of Aaron Donald clogging up the middle, I’d imagine that the 49ers will struggle to dominate on the ground. I suspect LA will try to make Garoppolo win the game with his arm. While Jimmy G has been a winner in the past, I just don’t see him exploiting this Rams defense and keeping up with Stafford & Co. on the scoreboard. I expect Los Angeles to pull away, and win this game on the strength of a huge performance from Kupp, and a few big plays from Beckham. Given the Rams’ offensive depth & diversity, I just don’t see San Francisco keeping this close enough, and I believe LA will cover the -3.5 spread in the process. Rams 27-20.