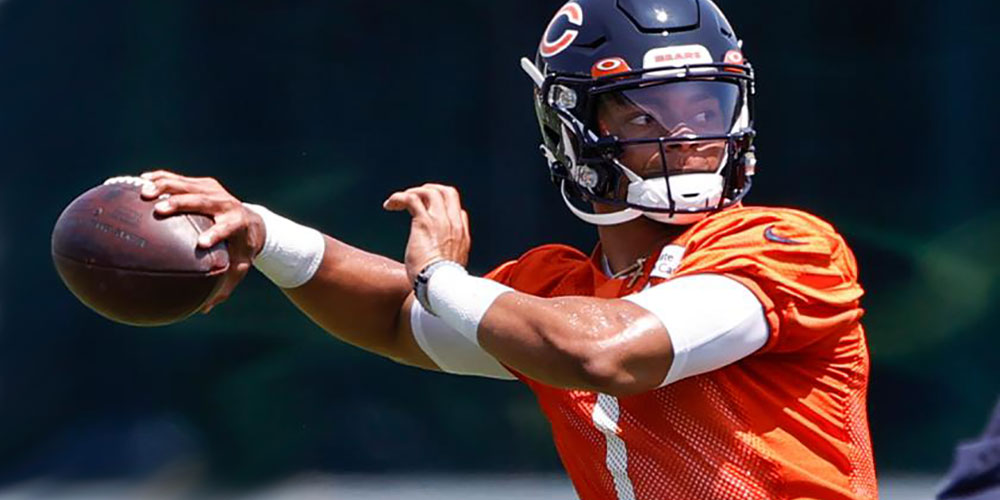 The Matt Nagy era has been full of ups and downs, but despite an infamous double doink the team has not had a losing record in three years. After a 12-4 start in 2018, and a Coach of the Year award for Nagy, the team has had back-to-back 8-8 seasons. With two playoff losses and frustration felt at Soldier Field, you’d think Nagy would be in the hot seat, but after a solid NFL Draft class and the expunction of Mitch Trubisky, Bears fans enter 2021 with high hopes.

Four years after trading up for Mitchell Trubisky, the Bears once again pulled off a stunning move when they traded up nine spots with the New York Giants to take Ohio State quarterback Justin Fields with the 11th overall pick. The ripple effect of the Eagles moving up to get WR DeVonta Smith, a player the Giants were heavily targeting forced a change of direction as the GMEN decided to move back and stock up on picks rather than reach on someone else.

The Bears sent the 20th overall pick and a fifth-rounder along with a first-rounder and fourth-rounder in 2022 to the Giants to move up to select Fields.

However, despite the exciting offseason, Justin Fields isn’t the favorite to start week one this season. Andy Dalton was signed to a one-year $10 million dollar deal through NFL free agency. The move came before the NFL draft and viewed as a stopgap for this season. Currently, Andy Dalton is -500 to be the team’s week one starter. Fields is +300 to be the week one starter. Nick Foles is +2500. If you’re thinking about getting in on this action, make sure you check out the Illinois sports betting guide for betting tips and advice.

While the starting QB job may seem obvious to you now, things could change quickly during NFL training camp.

The Bears open the season against the LA Rams on Sunday Night Football week one. Not an ideal start for a rookie, but stranger things have happened. Personally, I think Fields gets his first start at home in week four against the Lions. The lease will be very short with Andy Dalton and with a sneaky hard schedule to start the season (@Rams, Bengals, @Browns) I can’t see Nagy keeping Fields on the bench for too long

The Bears are currently +184 to make the post-season. Last year the team squeaked into the playoffs with the 8-8 record, I can’t see that happening again. So if you believe the rookie can get on the field early in 2021, you’re probably leaning for the Bears to make the playoffs.