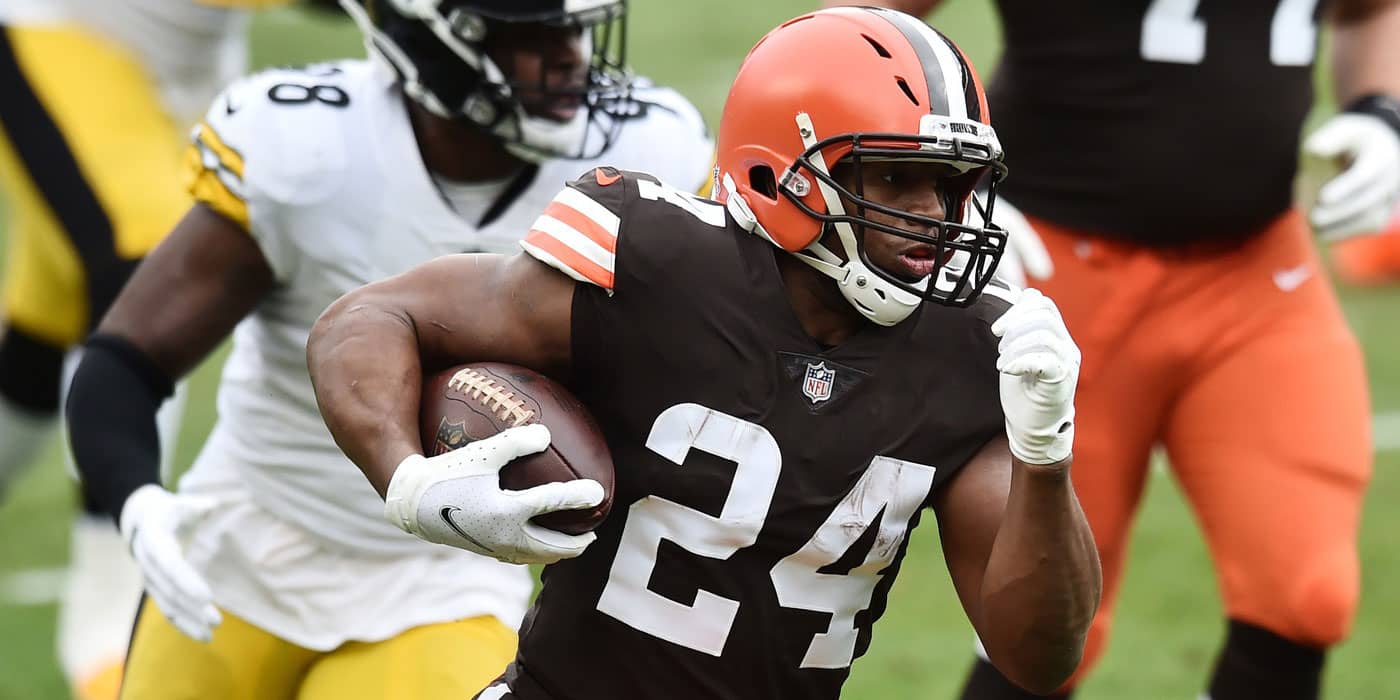 This offseason has already seen three NFL starting running backs go down for the season even before they got a single carry in Week one. Cam Akers (Rams), Travis Etienne (Jaguars), and J.K Dobbins (Ravens) have all suffered season-ending injuries and are out for the season.

The running back position takes a beating and is constantly being replaced by teams in the offseason. The average career in the NFL for RB’s is only 3.3 years. Meaning you’re going to see new stars emerge all the time. James Robinson from the Jaguars, for example, came out of nowhere last year. This makes the NFL Futures prop bet for most rushing yards one of the best sports betting online wagers of the offseason.

The best part about this NFL Future prop bet is that you can like just about anyone on the list and have a legitimate chance at winning. Obviously, guys like Kamara and Ekeler are known more as pass-catching specialists and will do most of their damage catching quick passes in the flat and racking up receiving yardage. So keep that in mind when picking an RB. This is just rushing yards, so guys like Derrick Henry who don’t see a ton of targets and do nearly all their damage on the ground are smarter choices

Derrick Henry is an easy favorite, but the odds aren’t that appealing. There is no doubt Henry goes for 1400+ rushing yards this season, but if he’s rested for the final game of the season, there goes the rushing title. Considering the Titans are in one of the easiest divisions in the NFL, I think this is likely a scenario.

Antonio Gibson is very tempting, but my concern is the Football Team abandon the run-in games they’re trailing. There is no doubt the FOotball Team defense is one of the best in the league, but if they don’t live up to the hype, I’m affair the play to pound the rock and win close games turns into a Ryan Fitzmagic shoot out affair. Remember, this NFL future is strictly rushing yards and I could see Gibson getting a ton of work in the passing game too.

The only reason Chubb is not the top choice on this list is because of Kareem Hunt. Hunt could start on just about any other team, but instead, he choose to sign with the Browns in hopes of helping win a championship. While I do admit, Chubb could have some of his carries eaten into, I also think it keeps him fresh. The Browns also have one of the best offensive lines in football and play in one of the toughest divisions in the AFC. I envision a long hard-fought battle with AFC North teams to the very finish. Chubb only played 12 games last year but had the best yards per carry average of all backs that rushed for more than 150 carries.