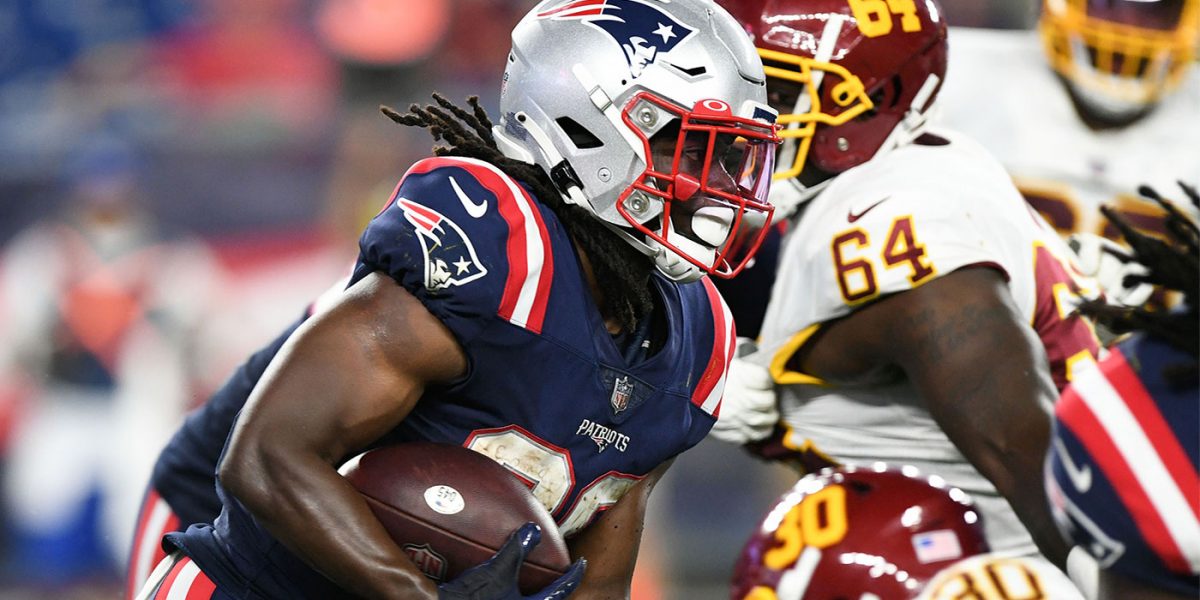 It is Week 6 in the NFL and there will be 11 games on the main slate. Only two of those games have totals above 50. Both are afternoon games. There will be interesting decisions to be made this week.

If you haven’t slammed yet (join the crowd), it is too early to give up. It is our time. So, let’s get to it.

Fun fact, the winner of the DraftKings Milli Maker had the winner and the third-place finish. Let’s look at his winning line-ups.

What is the difference between his winning and third place?

This game has the highest predictive total for the week. It also has two of the top four quarterbacks. Allen has scored fewer than 30 DraftKings fantasy points (DKFP) once this season, in Week 4 against Baltimore. He scored 24.5 DKFP.

This game will have high ownership on both sides. Allen is viable naked, or you can run with a skinny stack. A double stack will be prohibitive, but this game may break the slate.

It breaks down to how you see the game script going. If you think it will go under ( I do ), consider running Allen naked with the Buffalo defense. It is a stack that might set you apart in GPP tournaments.

No one wants to play Murray, and that is when you should want to play Murray. He will inevitably break out soon. Murray increased his rushing yards with 42 yards on four carries last week, a season-high. He also had 42 passing attempts, finishing with 250 passing yards, one touchdown, and one interception.

He has only scored over 25 DKFP once this year (26.9), which was Week 2 against the Las Vegas Raiders. He has scored over 20 DKFP three times.

Rondale Moore is now healthy, and his yards after catch will boost Murray’s stat line.

The Seahawks have given up eight passing touchdowns and two rushing touchdowns to opposing quarterbacks. This game has the second-highest predictive total, with the Cardinals expected to score 27.75 points.

Although chalky, this game also has a chance to break the slate. The Seahawks are a 2.5 underdog at home, which would necessitate Smith bringing his team back.

A late report has downgraded Tyler Lockett from healthy to questionable. Monitor that as the Seahawks’ offense funnels through Lockett, DK Metcalf, and the tight ends.

There are several reasons to be considering CMC here. First last week in the second half, the Panthers appeared to realize that their best pathway to a win was through McCaffrey. He finished the game with 14 carries and 11 targets and ran 39 routes, the second most on the team. Second, the Panthers have a new head coach, and hopefully, he realizes the path to coaching security is through McCaffrey.

But we are pessimistic because McCaffrey’s price is prohibitive, especially if you are stacking the Buffalo/Kansas City games. And he is playing against the Rams, who only allow 21.7 DKFP per game to the running back position.

Unfortunately, Stevenson’s backfield partner Damien Harris went out last week and is expected to miss several weeks. That leaves Stevenson the primary back in an offense that runs the ball on 50.17% of their offensive plays averaging 29.8 rushing attempts per game.

Last week with the departure of Harris, Stevenson was on the field for 54 of the 60 offensive snaps. He finished the game with 25 carries for 161 rushing yards, two targets, and two receptions for 14 receiving yards.

Stevenson’s price allows you to stack the Buffalo/Kansas City game or the Arizona/Seattle game without depleting your salary.

It would be irresponsible if I didn’t mention the chalk running back play of the week. Walker will command the Seahawks’ backfield with Rashaad Penny out for the year.

Last week Walker had eight carries for 88 yards and a touchdown.

Once again, Cooper Kupp is the slate’s most expensive wide receiver at $9700. I would never tell you not to play him, but you will have to be extremely creative to get pieces of the Arizona/Seattle or Buffalo/Kansas City affairs at that price.

Jefferson has been targeted 13 times in the last two games. He finished with 33.3 and 34 DKFP, respectively. This week he goes against a hobbling Miami Dolphins team that includes cornerback Xavien Howard.

Last week Jefferson was on the field for 100% of the offensive snaps. His price is the second highest on the slate but gives you a little wiggle room.

Stefon Diggs is the third-highest wide receiver on the slate, coming in at $8400.

Last week Brown was targeted 10 times for eight receptions, 78 yards, and a touchdown. It should have been two touchdowns, but he dropped a pass. He finished the game with 21.8 DKFP. In the previous two games, he has had 20.8 and 31 DKFP.

For those looking to stack the Buffalo game, McKenzie is affordable. He has cleared the concussion protocol. This game will either have you stacking furiously or looking for one-offs.

McKenzie did not play last week, and Gabe Davis went off. I wouldn’t suggest playing McKenzie naked, but his price will allow you to let him be part of a skinny or if you are brave enough, double stack in that game.

Remember game scripts and the number of offensive plays you think the offense will have (the more, the better).

That is what you will be working with on the two games that are looking to be the most played.

Consider thinking about the Cincinnati @ New Orleans game to differentiate yourself. In the Dome, the over-under is 43, and the Bengals are a two-point road favorite.

Cincinnati has the third-most offensive plays per game (69.8), and New Orleans is in the top 15 with 63.6 points per game.