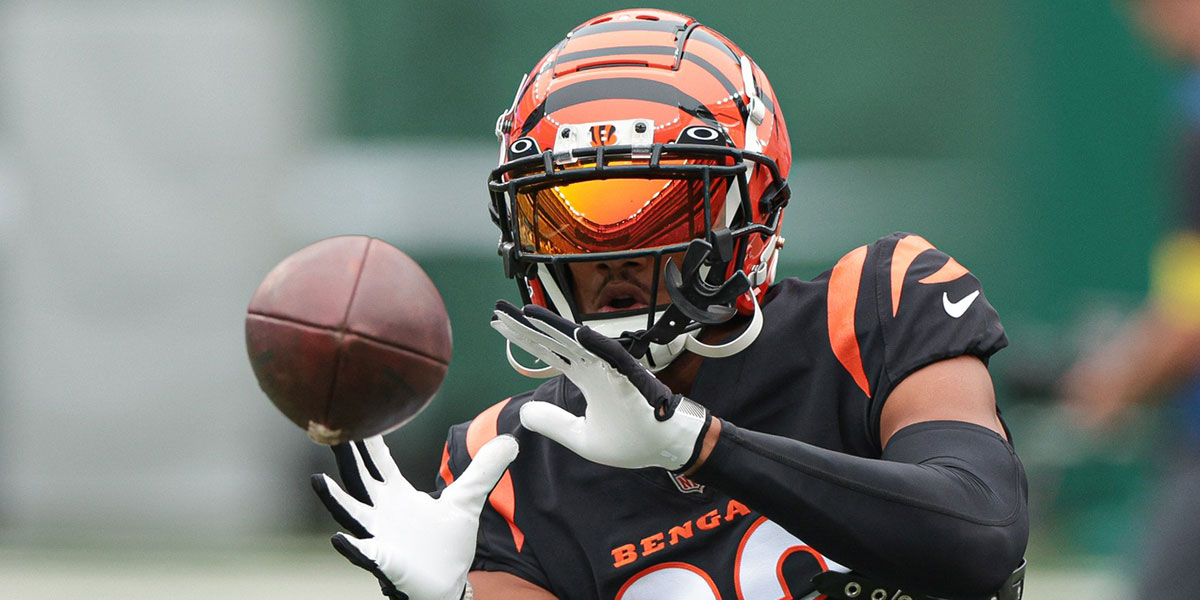 There are some really interesting matchups this week I’m looking forward to seeing. The upstart Jaguars could shock the world against the mighty Patrick Mahomes-led Chiefs. The Giants could continue their most improbable playoff run. Dallas could win two playoff games in the same year for the first time this century. And, of course, all eyes will be on the Bill-Bengals game in what is sure to be an emotional contest for both teams. Man, I love the NFL! I’m sad we only have three weeks left, but we’re getting the top teams playing big games filled with drama and excitement this week, and I’m just happy to spend my weekend watching it all unfold.

You might spot the trend this week in my picks. It’s a familiar one that has served us well this year. Road underdogs have been successful against the spread, and I think they will be again this week. In last year’s divisional playoff round, three of the four games were decided by three points, and the other one was won in overtime. We’ll see similar results this year, so we are in for an exciting weekend!

When I saw the Jaguars making a late-night Waffle House run following their miraculous win over the Chargers, I knew they were my kind of people. That was two wins in one night, as far as I’m concerned. Unfortunately for Jacksonville, they’re facing Kansas City this week and they won’t be able to pull off another miracle win if Trevor Lawrence throws four interceptions again. In fact, Lawrence will need to be near perfect to pull off an upset. Kansas City’s pass defense is exploitable, so Christian Kirk and Zay Jones should see plenty of targets and some good things should come out of that. However, the Jags have one of the league’s worst passing defenses and keeping Patrick Mahommes in check is unlikely. On paper, this game looks like it could be a shootout and it does have the highest game total of the week at 52.5. But, the smart money is betting on the “under”, with 94% of the cash going that way. I agree and I think the total should be closer to 50, which favors Jacksonville. The Jaguars will keep it close without ever really threatening to win outright. I think the Chiefs will win by less than a touchdown.

The Giants will need to lean heavily on their run game to be successful against the Eagles, who have the league’s top pass defense. In their week 14 matchup, Saquon Barkley only ran the ball nine times. In order to be able to feed Barkley, they’ll have to keep the game close, which means they have to contain Jalen Hurts. Although he says he’s feeling good, we don’t know how much Hurt’s shoulder will affect his play. For the Giants, slowing down Hurt’s even a little could make a big difference. New York’s defense ranks 29th in rush DVOA, so Philly will likely try to run the ball down their throats. Miles Sanders torched the Giant’s defense for 144 rushing yards in their first matchup, while Hurts tacked on another 77 yards on the ground. However, there is a question about Eagles offensive tackle Lane Johnson’s health and losing him would greatly affect Philadelphia’s running game. The Eagles won both matchups against the Giants this season, but it’s really hard to beat a team three time in one year, especially one as well coached as New York is. I think the overachieving Giants will find a way to keep this game until the end.

This is the week’s marquee matchup and will be a highly emotional game for Buffalo. I have both of these team in the top four of my power rankings, with Buffalo just one spot ahead. Even though the Bills have the advantage in metrics in most categories, Cincinnati has been battle tested this season, playing one of the league’s toughest schedules. Buffalo, on the other hand, has had a much easier schedule, thanks to their division, but also hasn’t won convincingly against any playoff team. Their biggest win in the 6 games against teams that made the playoffs, was only four points. The Bills have also struggled against big-time receivers and they’re facing two of the league’s best in Ja’Marr Chase and Tee Higgins. My model has this game with the highest total of the week and I think it will be a shootout. Josh Allen and Stefon Diggs should have a monster day, but Allen has  a tendency to turn the ball over and that could really change the flow of this game. I think this has all the making of a classic that comes down to the final drive. The Bengals are 12-5 against the spread this year, including 2-0 as an underdog and think this line is just too high. I’m confidently betting on Cincinnati here.