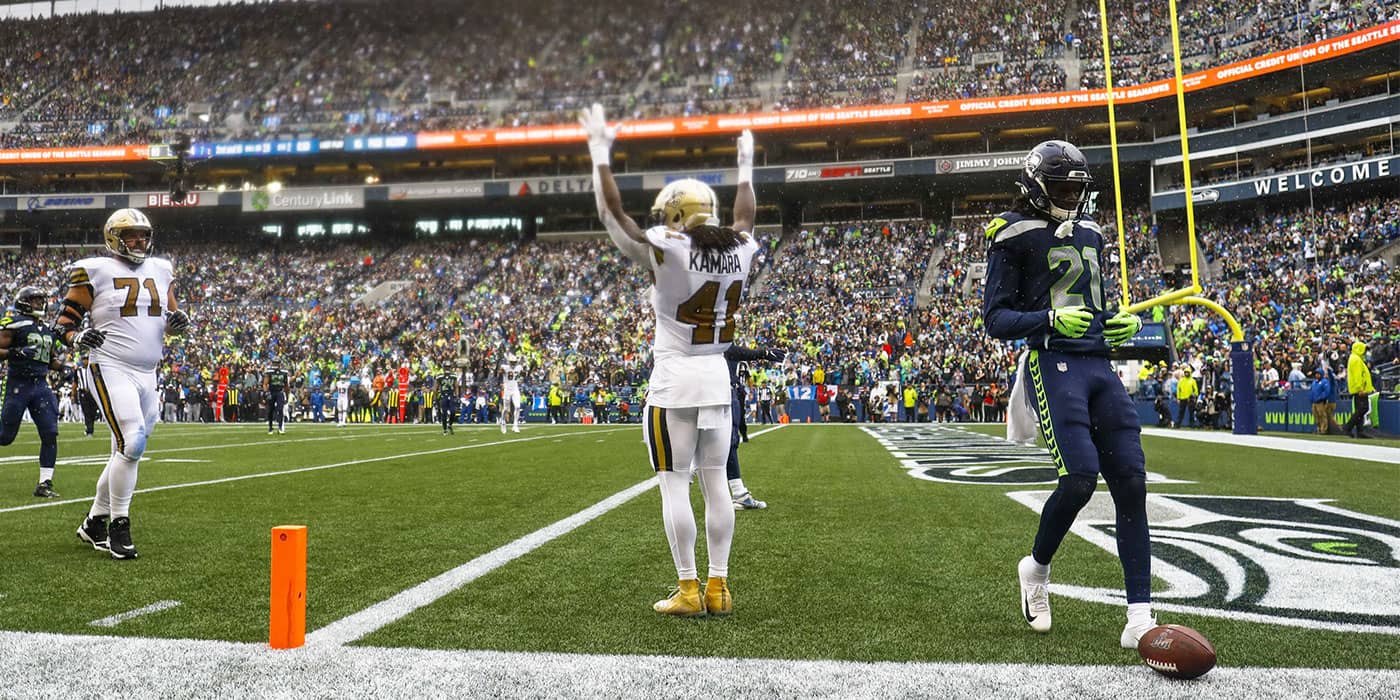 The NFL season is underway. Here is a breakdown of DraftKing’s main slate for Week 1 of the NFL season.

This seems like the obvious option for DFS contestants; however, due to Mahomes being the most expensive quarterback for Week 1, some may fade on taking him. Last season, the Cleveland Browns gave up 265.4 yards per game to opposing quarterbacks, giving up the sixth-most passing yards in the league.

This will be a rematch of last season’s divisional round. Mahomes finished that game completing 21/30 passes for 255 yards and a touchdown, including 14 rushing yards and a rushing touchdown. The Week 1 bout will be in Kansas City, in what could be a high-scoring match. Mahomes averaged 26.2 points per matchup last season on DraftKings. He should be considered a top-tier QB1 for Week 1.

First, Ryan and the Falcons open up Week 1 at home. Last season, Ryan completed 62.5% of his passes at home, threw for 2,350 yards, and had 13 touchdowns. He averaged nearly 300 passing yards per game at Mercedes Benz Stadium.  Secondly, his price tag is extremely cheap, considering that Ryan will throw the ball a lot. He has the potential to rack up a lot of yards, throwing to Calvin Ridley, Kyle Pitts, and Russell Gage. Lastly, this could be a high-scoring game, even if the Falcons are playing from behind. Whether they are neck-and-neck or the Eagles manage to pull away, Ryan will throw the ball down the field early and often.

These are one of the few times to consider Garoppolo as an option. However, due to the Lions giving up the second-most passing yards last season, Garoppolo could be a solid addition given his price and the ability to build a better team around Jimmy G compared to Mahomes or another expensive option quarterback.

Garoppolo played just six games last season. He completed 94/140 passes, 67.1%, threw for 1,096 yards, seven touchdowns, and five interceptions. This season, he has competition with rookie Trey Lance in the mix to become a starter sooner than later, unless Garoppolo impresses the coaching staff. Due to the favorable matchup and price tag, Garoppolo could be a solid option for Week 1.

Now that Jamies Winston was named the starting quarterback for New Orleans, Alvin Kamara is a viable option, especially for Week 1 against the Green Bay Packers. He is cheaper than Christian McCaffrey, Dalvin Cook, and Derrick Henry. Kamara will be relied on more than any other player on that team, as long as Michael Thomas remains sidelined. Winston could very well target Kamara more than ten times on Sunday, considering Aaron Rodgers will air it out all game against a stingy Saints defense.

Kamara should be considered a top-tier RB1 option for DFS contestants in a favorable matchup against the Packers defense. Consider adding Kamara due to the volume of touches he could see and his price tag.

Although the Chargers defense is back to full health — Derwin James and Joey Bosa are back on the field together for the first time since 2019, the workload for Gibson makes him an appealing option for Week 1. Gibson will not only be the main running back, but he could also be the main passing back, as J.D. McKissic has been lined up at the wide receiver slot during the preseason.

Given Gibson’s price, he should be added to DFS lineups, and considered a fringe RB1.

This price for James Robinson may seem a bit pricey, as running backs such as Antonio Gibson, Najee Harris, Joe Mixon, and Chris Carson are all cheaper. However, Robinson gets an easier matchup against arguably the worst defense in the NFL — the Houston Texans.

Trevor Lawrence could rely on Robinson more in Week 1 because it will be his debut game and he may not want to air it out as much. Robinson is a fringe RB1 for Week 1 as the Texans allowed 32.8 fantasy points per game to opposing running backs last season.

Calvin Ridley is the WR1 in Atlanta now with Julio Jones departing to Tennessee. Ridley is only cheaper than Davante Adams and Tyreek Hill, so he won’t come cheap; however, in a matchup against the Eagles at home, where Matt Ryan will air it out, Ridley could be the biggest beneficiary of that.

Last season, he averaged 9.5 targets, six receptions, and 91.6 yards per game, while receiving over 100 yards, eight times, and nine touchdowns in fifteen games played. The Eagles secondary gave up the most plays of 40 yards or more last season. Ridley should be considered an elite WR1 for Week 1.

Corey Davis is expected to be targeted the most in the Jets offense with Zach Wilson running the show. During a preseason game against the Packers, Davis was targeted six times, he caught four passes for 70 yards.

Due to the volume he will see, and at that price tag, he is a must-start in DFS lineups. Davis is one of the cheapest options with a chance of having a big game, against one of the worst pass defenses in the league.

Michael Pittman Jr. comes into this season with a new quarterback and as the WR1, as long as T.Y. Hilton remains out. Carson Wentz has been on and off the injury and COVID-19 list, so they may not have had time to create the chemistry needed; however, in a game that could be high-scoring, Pittman should be in DFS lineups. His price tag couldn’t be better for a matchup that’s promising for the 23-year-old.

Consider adding Pittman to your lineup, as he is a cheaper option, with high-upside.

In Week 1, T.J. Hockenson, Hunter Henry, Jonnu Smith, and Mike Gesicki all have tough matchups. George Kittle is much cheaper than Travis Kelce; however, Kelce has more of a favorable matchup, in a possibly high-socring bout.

Last time the Chiefs and Browns met was in the divisional round last season. Kelce had eight catches for 109 yards, and one touchdown against Cleveland. He seems to be Mahomes’ favorite target, and at times uncontainable. In this possible high-scoring matchup, Kelce could go for over 100 yards and secure multiple touchdowns.

Kyle Pitts will make his long-awaited NFL debut against the Philadelphia Eagles. Pitts wasn’t featured much during the preseason; however, the only catch he secured, went for 27 yards. He seemed lightning quick for a tight end. The Falcons may even try lining Pitts at the WR slot, and as mentioned earlier, the Eagles secondary gave up the most plays of 40 yards or more last season.

Similar to Calvin Ridley, Matt Ryan will look to go to Pitts often. At his price tag, he is a low-risk, high-reward option. In a favorable Week 1 matchup, in what we could be high-scoring, Pitts should be added to DFS lineups.

Dan Arnold could be a solid DFS piece, if the rest of the team will produce all-around. Arnold is a cheap option at tight end for Week 1, but he could be a red-zone target for Sam Darnold. Against the New York Jets, Darnold will look to get Christian McCaffrey involved, while also airing it out to Robby Anderson and D.J. Moore. If Arnold could put together a couple of receptions in the open field and a touchdown, he will outperform his price tag.

Arnold is a TD or bust type of option for Week 1 but if some don’t want to invest too much into the tight end spot, Arnold could be the best option.

I know that I mentioned high-scoring games a lot for Week 1, but that is important when it comes to DFS contests.