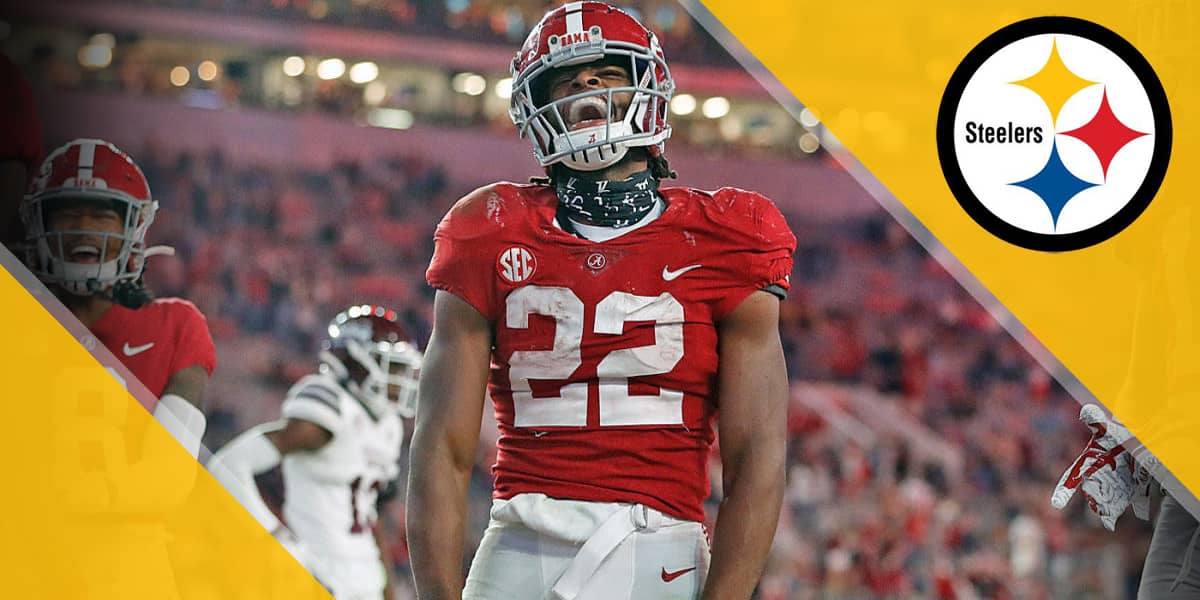 Positives: Outstanding three-down running back with a complete game.  Runs through tackles while carrying defenders for yards at a clip and does not go down without a fight. Possess soft pass-catching hands. Harris is a tremendous ball carrier with a three-down game.  He has feature runner potential at the next level.  If your offense likes to keep the ball between the numbers and not run on the perimeter, Harris is a running back for you.

Negatives: Harris plays to one speed.  He lacks a burst and cannot run to daylight.

Although the Steelers will play the toughest schedule, only three defenses they play had a run defense (per rushing yards per game) in the top 10, and only one team (Cleveland) will play twice.

Although this will be Canada’s first stint as an offensive coordinator last season, he did have some major input in the offense, including installing pre-snap motions.  His reputation as a college play-caller and the Steelers’ draft selections gives some insight into what we might expect.

The Steelers selected linemen Kendrick Green in the third round and Dan Moore Jr in the fourth round.  When you add tight end Pat Freiermuth in the second round, all indications are the Steelers are moving to a zone-blocking scheme.

Historically, Canada has run lots of split-zone, mid-zone, and inside the zone.  His offensive schemes have featured a blocking tight end who is versatile to work in an H-back role.

Fantasy football is all about opportunity.  For running backs, volume is a better predictor of fantasy points compared to offensive line play.  In a statistical analysis, PFF determined that the correlation coefficient produced between running back touches and fantasy points was 0.72 (extremely strong).

This is good news because the Steelers rely on predominately one running back to carry the load.

From 2013-2017 Le’Veon Bell averaged 24.9 touches per game.  From 2017-2020, James Conner averaged double digits touches per game except for his first year.  Although Conner proved to be slightly out-tasked for what the Steelers required, he still accounted for 65% of offensive snaps since 2018.

Harris will enter as a traditional three-down back.  His competition for the “lead back” role includes Benny Snell, Anthony McFarland Jr., and Jaylen Samuels.

Harris’s path to lead back is clear after the departure of Conner.  Conner last season was responsible for 62.9% snap share, 169 carries, and 43 targets.  Numbers potentially vacated for Harris.  And then, of course, is the fact Conner’s numbers were on only 13 games.  Harris will be on the field for potentially 17 games.

As per Fantasy Football Calculator Harris’s current ADP is 9.04.  In redraft leagues, he is going in the ninth round as the fourth pick.

Harris is a three-down back who runs through tackles.  In his college career at Alabama, he surpassed both Mark Ingrams and Derrick Henry’s leading in rushing scores (46) and total rushing yards (3843).

Although the Steelers appear to be changing offensive schemes, Harris has played in both gap and zone concepts.  His ability to block will keep him on the field, while his ability to catch passes out of the backfield will increase his value.