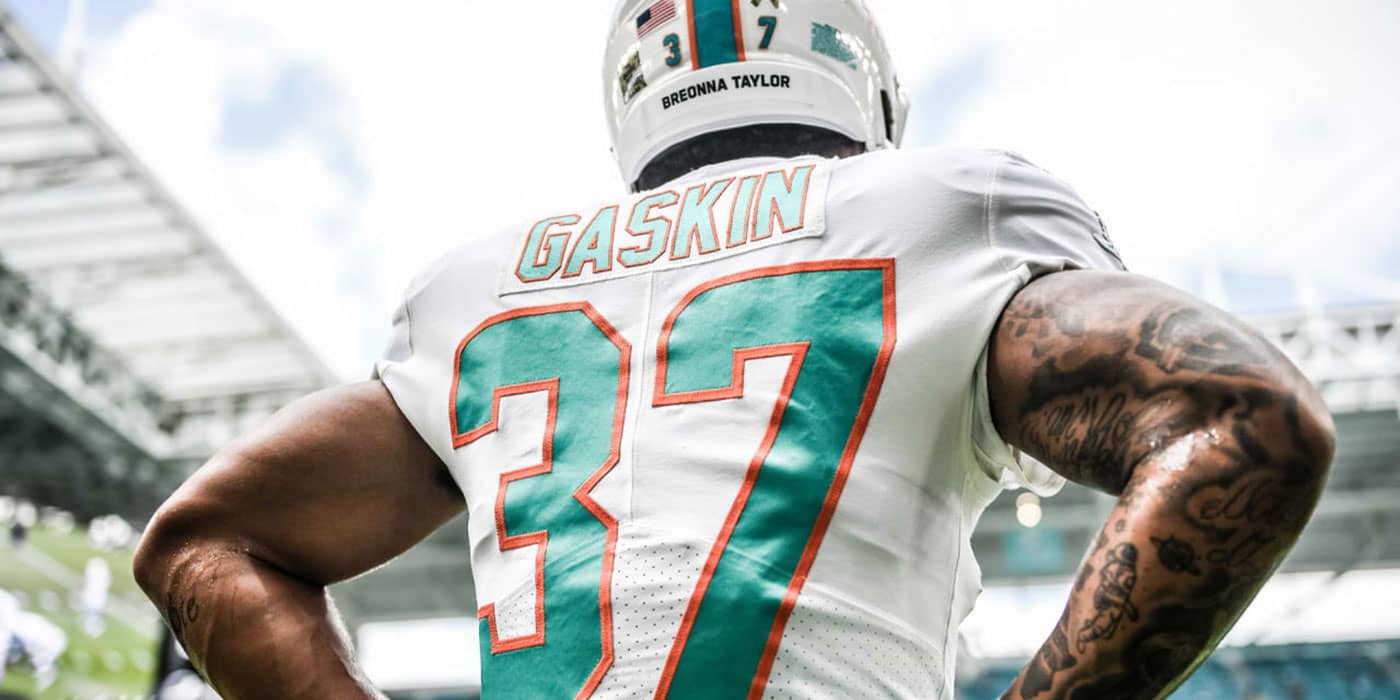 Myles Gaskin had an injury-rattled season last year, playing in just ten games. The first three weeks of the season, Jordan Howard saw the red zone touches, which resulted in Gaskin not recording a touchdown until week five against the San Francisco 49ers.

Currently, Gaskin’s average draft position is 61 on all fantasy football platforms (ESPN, Sleeper app, Yahoo, etc.). Gaskin has RB1 upside but should be viewed as a lower-end RB2 to start the season. It is important to note that the Dolphins did add Malcolm Brown, which will likely lead to a decrease in red-zone touches for Gaskin. Nevertheless, he will be able to do enough damage in the open field, whether it’s rushing or catching passes, to be a fringe RB1 at the end of the season.

Last season, when Gaskin was able to solidify the starting job in week four, he averaged 16 rushes, 62 yards, and 0.4 rushing touchdowns. He also averaged 4.5 targets, four receptions, 41 yards, and 0.3 touchdowns per game through the air. In a 16-game pace, he would have had over 1,600 total yards and 10 touchdowns total, on 314 touches. Gaskin averaged nearly 18 points in PPR leagues since week three.

Myles Gaskin is set for a prime season, where he could average 15-20 rushes per game, as well as be the passing back on some downs. Gaskin could have an Ekeler-esque season, where Tua Tagovailoa relies on Gaskin, the way Justin Herbert relies on Austin Ekeler. If you look at the Chargers and Dolphins roster, it has a similar structure. There is no shortage of weapons for Tua. The offense will mainly feature Will Fuller, DeVante Parker, Jaylen Waddle, Myles Gaskin, and Mike Gesicki. Gaskin could be a 3-down back whenever the Dolphins are not in the red zone, which would be a massive plus for those who draft Gaskin.

With the addition of Will Fuller and the emergence of Mike Gesicki, opposing defenders will focus on those two players, giving Tua the ability to target Gaskin more than 4.5 times per game. Consistent RBs are the key to winning a championship in all leagues, but especially PPR leagues. Although Gaskin averaged just four receptions per game since week three of last season, Dolphins coach Brian Flores could be looking to get Gaskin involved in the passing game now, more than ever, because Fuller, Parker, and Gesicki will be the opposing defenses focus whenever Tua drops back to throw the ball. That could open up a lot of opportunities for Gaskin, and especially in PPR, he would be a fringe RB-1.

As mentioned earlier, Gaskin should be viewed as a lower-end RB-2 to start the season, but he could work his way up to becoming a fringe RB-1. Gaskin seems like a low-risk, high-reward player because of his ADP being at 61; there isn’t a big risk in drafting Gaskin. If Gaskin is available in the 5th or 6th round, chances are you have already drafted two RBs, so Gaskin would be a high reward FLEX option.