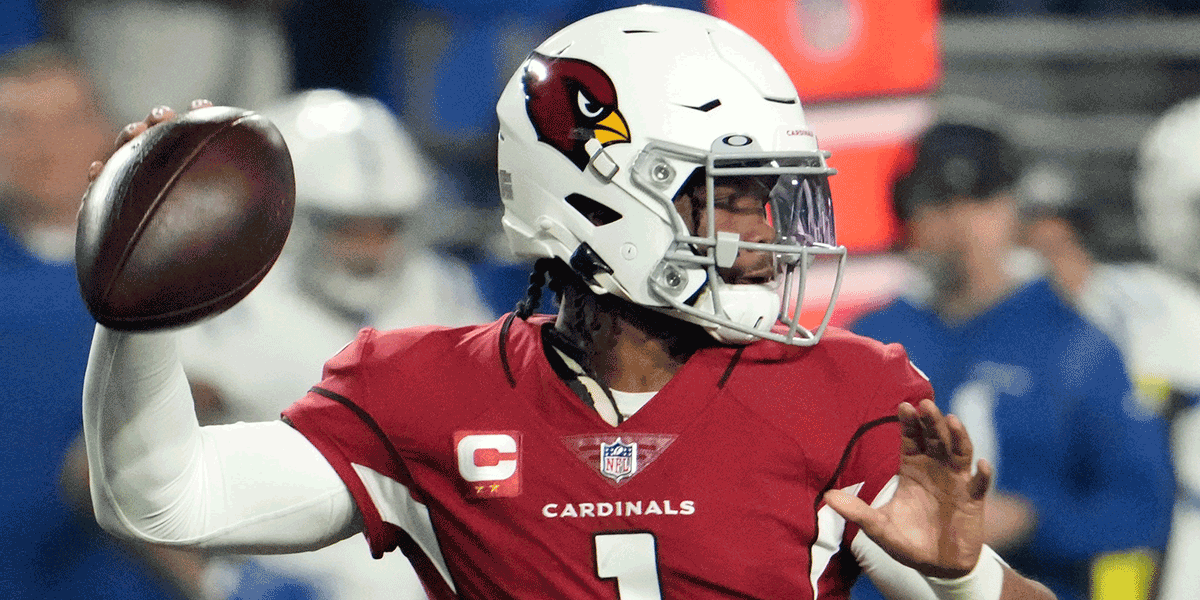 It is time to start with Monday Night props for the New England Patriots and the Arizona Cardinals. The Patriots are a -1.5-point favorite. The predicted total is 43.5. And the Moneyline is -125 Patriots and +105 Cardinals.

Before we start, here is last Week’s accountability. I went 3-1. The one miss, of course, was the first-time touchdown (my nemesis KHAN), but I never surrender and never give up.

There are lots of NFL Odds to choose from, so it you’re thinking about signing up for a sportsbook you should shop around for the best signup promotions and research the best odds providers

In Week 12, Murray had four designed rushing plays. He finished with seven carries for 56 yards. The Week before, he had eight carries for 60 yards.

But the “rushing quarterbacks” they have played against, Lamar Jackson and Justin Fields, did some damage. Jackson had 11 carries for 107 yards in the Week 3 matchup, and Fields had 14 carries for 82 yards.

My Pick: Let’s take the over on 35.5 rushing yards for Murray

Here is where it gets weird (except when you consider the offensive play calling for the Patriots). As stated earlier, there will be no Jakobi Meyers in the game. The Patriots have had two games without Meyers on the field. Week 3 v Baltimore, and DeVante Parker led in targets with 10. He finished with five receptions and 156 yards. Agholor saw three targets for two receptions and 41 yards.

In Week 4 against the Green Bay Packers, Rhamondre Stevenson led with five targets, with four receptions and 23 yards; but Agholor had four targets, three receptions, and 46 yards.

My Pick: With little confidence in play, calling let’s go over 29.5 receiving yards for Agholor

The Cardinals are a sieve against the tight ends. They have allowed nine touchdowns and 880 receiving yards on 83 receptions and 100 targets.

In his last three games, he has 13, 63, and 20 total yards against Buffalo Bills, Minnesota Vikings, and New York Jets.

Although this matchup is so exploitable, I have very little confidence (see, it is eroding with each prop) in the Patriots.

My Pick: Let’s go under 30.5 receiving yards but yes, on any time touchdown.

The Cardinals have played seven home games. They scored a touchdown first in two games, and both of those were scored by DeAndre Hopkins. I don’t think Bill Belichick is going to let that happen.

The opponents scored the first touchdown in the other five games with three passing touchdowns and two rushing touchdowns.