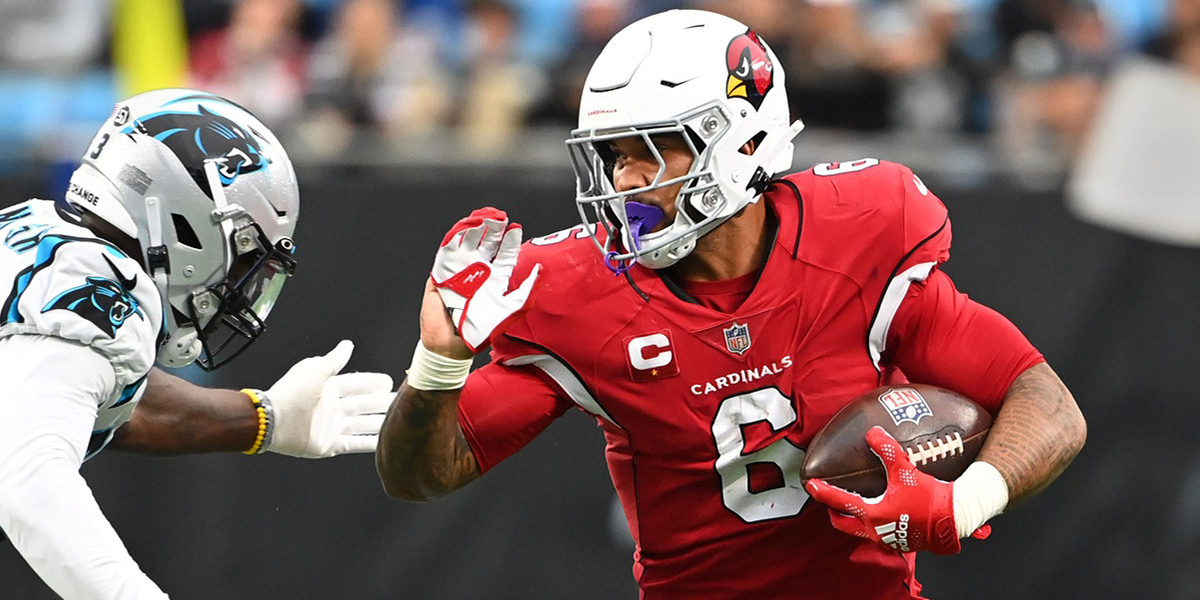 This game is between the San Francisco 49ers and the Arizona Cardinals and Vegas expects the 49ers to score 29.5 points and the Cardinals to only 13.5 points. The implied total is 43, with the 49ers an eight-point favorite.

Quarterback Kyler Murray is out and wide receiver Marquise Brown is not expected to play. For the 49ers, defensive end Samson Ebukam has had little practice throughout the week.

The four sites visited only listed quarterback props for the 49ers. When a decision is made on the status of the Cardinals quarterback, I imagine props will emerge.

In Garoppolo’s last three games, he has had 240, 235, and 303 passing yards. Garoppolo has played the Cardinals five times; the last meeting was in November last season. In that game, he attempted 40 passes for 326 yards, averaging 8.2 yards per attempt.

In his last two games (and the acquisition of Christian McCaffrey), he has attempted 25 and 28 passes for 240 and 235 passing yards.

There is a 1.5 rushing yards bet available for Garoppolo. Even with McCaffrey in the fold, Garoppolo has rushed for three yards in his last two games (one on five carries and one on a single carry).

In his three games with the 49ers, McCaffrey is averaging 56.66 rushing yards a game. Last week against the Chargers, Elijah Mitchell had 18 carries to McCaffrey’s 14.

The Cardinals allow an average 14% explosive run rate per Sharp Football Analysis. They are tied for the highest percentage with Pittsburgh and Houston.

Conner has returned to play in both Week 9/10. His last game before that was Week 5. On November 6 against Seattle, he had seven rushing attempts for 45 yards. Last week against the Rams, he had 21 rushing attempts for 69 yards. He averaged 3.3 yards per attempt. In that game, Keaontay Ingram had one rush attempt, and backup quarterback Colt McCoy had four rushing attempts.

The Cardinals average 26 rushing attempts per game, while Conner averages 3.8 yards per attempt and 44.9 yards per game.

In his seven games this season, Conner has rushed for over 47.5 yards three times. October 9 and October 2, 55 yards, and last week 69 yards.

Conner’s last meeting against the 49ers was last November. He rushed for 96 yards on 21 attempts. He averaged 4.6 yards per carry, and the 49ers allowed 98.7 rushing yards per game.

The good news is that the Cardinals lead the league in receiving yards allowed to the tight end position (77.7). Tight ends versus the Cardinals are catching at an 83.3% catch rate. Kittle is catching at 70.7%.

The less-than-good news is that Kittle’s 48.7 receiving yards per game average consider both pre and post-McCaffrey. His stats look good with the three games with McCaffrey, averaging 52.66 receiving yards but consider the outlier performance in Week 7 against the Chiefs.

The best news is that the Cardinals are porous against the tight end position, and head coach Kyle Shanahan likes a good matchup.

Suppose you consider how porous the Cardinals are against the tight ends. Kittle is +900 to be the first touchdown scorer on DraftKings Sportsbook.

Although I only gave you a few prop bets, there are many options for prop betting. Shop around to find the best numbers.