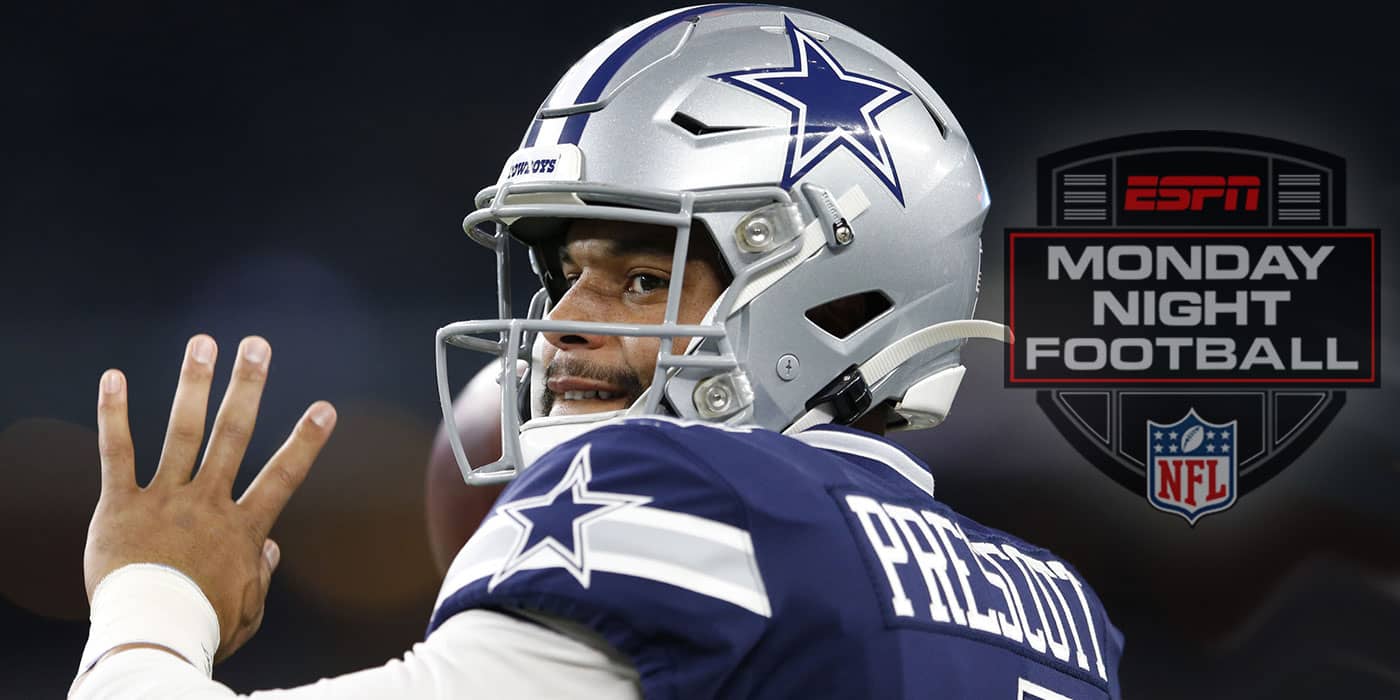 After having an NFC East showdown last Thursday, the other half of the division will get their own primetime matchup on Monday Night as the Philadelphia Eagles come to Dallas to take on the Cowboys. Both teams are 1-1 to start 2021 and will look to make a statement on Monday Night as they battle for a division title and bragging rights in this intense rivalry.

Dallas opens as a three-point favorite over their visiting foes from Philadelphia. With both teams being so evenly matched this line is fair. The Cowboys get a slight advantage from being the home team but Vegas surely has many bettors putting money on both sides of this contest. Both teams have had an up-and-down start to their season so it is hard to know which one will show up and play their best on Monday Night. In games like these, it is usually safer to take the underdog as you can still cash in with an Eagles win outright or a close loss. Based on that, I will be taking the Eagles +3 and the Over this week.

One of the biggest question marks coming into the 2021 season, both for fantasy managers and football fans alike, was the health of Dak Prescott and how he would be able to lead the Cowboys after a disappointing 2020 campaign. Prescott suffered a horrific injury in Week 5 last year and based on the way it looked, it was hard to imagine how he would be able to play once he came back. So far in 2021, Prescott has looked like his old self in spurts, with 640 passing yards with three touchdowns and two interceptions through Week 2. He will have a tough matchup on Monday Night as the Eagles have been the sixth-best defense against the quarterback position so far this season (depending on scoring format), holding their opponents to under 200 passing yards per game in their first two contests. While Prescott still has a ways to go to get up to the MVP level performances he has put up years past, he is still a solid starting option this week and will be a QB1 on Monday Night.

Ever since he took over as the Eagles’ starting quarterback in Week 14 of 2020, Jalen Hurts has had some outstanding moments along with some questionable ones. He is still a young player and has plenty to learn but overall he has played well for Philadelphia and has emerged as a weekly starting option in fantasy. Hurts is currently the QB6 through Week 2 and will try to continue that momentum against Dallas. The Cowboys’ secondary has not fared well so far this season, allowing the third-most passing yards and the fourth-most passing touchdowns through Week 2. Look for Hurts to continue his high-level performance on Monday Night and be a top-five fantasy finish for Week 3.

For those fantasy managers who missed on being able to draft one of the top-tier running backs, many were forced to take a long look at Miles Sanders and see he has what it takes to be a solid RB1 in 2021. Those that picked him are still waiting to find the answer to that question. Through Week 2, Sanders ranks as the RB22 in 0.5 PPR scoring formats and has yet to find the endzone this season. He has gotten a majority of the backfield work, which is a plus, however, Sanders has yet to make a game-breaking play that would elevate his numbers and move him up the leader board. He will face a tough opponent on Monday Night as Dallas is one of ten teams yet to allow a rushing touchdown to running backs and has allowed the eighth fewest rushing yards to the position through Week 2. However, the Cowboys have shown a weakness for pass-catching backs, as they have allowed the seventh-most receiving yards to the position group so far in 2021. Look for Sanders to be used in the open field and make plays on the ground and in the air on Monday Night and finish as a low-end RB1.

Ezekiel Elliott is one of, if not the, strangest stories so far in the 2021 season. After years of being the bell cow in Dallas, Elliott has not only had to share the backfield this season but is also getting outperformed in it as well. Last week, Tony Pollard had the best game of his young career, rushing for 109 yards and a touchdown on 13 attempts; showing his coaches that he has what it takes to garner a larger portion of the backfield reps that were once being completely taken up by Elliott. Both running backs will have an easy matchup on Monday Night but the biggest question will be what their split looks like and if both backs can continue to have fantasy relevance. Both Elliott and Pollard are good starting options with Pollard being more of an RB2/Flex consideration but they will have what it takes to make the most of Monday Night.

It is no secret that the Cowboys have one of the best wide receiver groups in the NFL. The hardest thing to figure out, especially for fantasy managers, is who is going to get the ball more often and be the best fantasy asset? So far this season, those who picked up CeeDee Lamb and Amari Cooper have found both players can succeed in this offense. Cooper and Lamb are the WR9 and 15 respectively (in 0.5 PPR scoring formats) and have had great games to start the 2021 season. While Cooper did take a step back in Week 2, much of that can be explained by a rib injury he suffered in Week 1. So far he has stated that he will play on Monday Night but his status still needs to be monitored. One of the hardest parts about rib injuries is there isn’t a lot of treatment that can be done for it, it is simply a matter of pain management; and as long as Cooper can play through the pain, it appears he is willing to go out and still try to make plays for Dallas’ offense. Cooper and Lamb are both WR1 level starts this week with Cooper having the lowest upside based on his injury status but both will perform well on Monday Night.

When DeVonta Smith was selected 10th overall in the 2021 NFL draft, it did not come as a complete surprise. The former Heisman Trophy winner was a star in college and has the tools to make a great NFL wide receiver. His fit with Philadelphia’s offense has been a work in progress, just like with any young player, but he has shined in certain moments; such as his first career reception: an 18-yard touchdown play. Smith has yet to make an impact as a fantasy football player but his upside and target share should have fantasy managers intrigued and ready to start him. On Monday Night he will face a Cowboys defense that has allowed the sixth-most fantasy points to opposing wide receivers through Week 2 and Smith will look to pounce on this opportunity. Look for Smith to be a solid Flex option with a high upside this week on Monday Night.

One position group that has gotten a boost since Hurts took over has been the tight end group. Zach Ertz and Dallas Goedert have averaged five targets per game in Hurts’ starts and Goedert has been especially effective in those games. Goedert so far in 2021 is the TE8 (in 0.5 PPR scoring formats) but had a bad game last week, finishing with only 24 yards. He, along with Ertz, will look to bounce back on Monday Night. Their matchup is an interesting one. Dallas was unable to stop tight ends in Week 1 as Rob Gronkowski finished with eight receptions for 90 yards and two touchdowns but they were able to keep Jared Cook to under 30 yards in Week 2. Goedert will look to finish somewhere between these two extremes and will be a solid start on Monday Night.

Both Dallas and Philadelphia have talented players on their defense and special teams but their D/STs have not fared well so far in 2021. In a game like Monday Night where both offenses will be playing at a high level, it is hard to justify playing either D/ST, especially when neither one has been playing at a high level this season. Keep both D/STs on your bench/waiver wire this week.

In this Monday Night matchup, we have two teams who are trying to get back to their winning ways in 2021. These teams had been the top teams of the NFC East prior to last season and will do whatever they can to make their way back. Unfortunately, they will have to go through one another to make their way back. The Cowboys have talent all over their roster but will need to be at their best if they want to contend not just in the division, but in the NFC at large. The Eagles are in a bit of a retooling period but are just as capable of coming away victorious on Monday Night. With the high-flying offenses these teams possess, this game will come down to who can capitalize on the other team’s mistakes and who can make the key drive down the field when it counts.

Look for Dallas to be that team on Monday Night as they win by a score of 31-28. See all our staff picks here